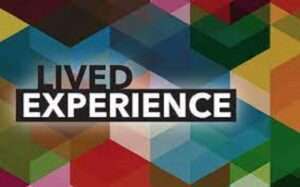 In a recent article, philosopher Tim Hsiao highlights some of the shortcomings of this popular mantra:

To see why, let's suppose that I made the argument that smoking causes cancer, and that I backed this up with a mountain of scientific data and peer-reviewed studies. Now suppose that someone responded to all of this with the following: "But my grandpa Bob smoked cigarettes all of his life and never developed cancer! So smoking doesn't cause cancer after all!"

Would you be convinced by this reply? I hope not. Smoking is a contributory cause of cancer: those who smoke have a much higher likelihood of developing certain cancers than those who don't because the act of smoking contributes something toward that outcome, even though that outcome doesn't always happen….

The point behind the example is that personal anecdotes do not invalidate statistical generalizations, which are by nature probabilistic….

The point is not that experiences of racism are like these other experiences or to cast real experiences of racism in a negative light. The point is that one cannot prove or disprove generalizations simply based on personal experiences. This is a pretty basic rule of statistical reasoning that seems to have been lost on many people who should know better. Just because one experiences racism (as I have) does not show that racism is widespread or deeply ingrained, any more than one's experience with a smoker who did not develop cancer shows that smoking doesn't cause cancer.

As Hsiao explains, one major pitfall of relying on personal "lived experience" is that it can't tell us whether the experience in question is representative. I myself have personal experience with a number of matters relevant to political debates, including poverty, anti-Semitism, immigration, and  online death threats. But it would be a mistake to generalize based on these events, without knowing how typical they are. In my recent book on immigration, I briefly recounted part of my own story, but tried to emphasize only the parts that more systematic data shows are representative of broader trends. And, before I wrote the book, I spent years studying immigration-related issues. One person's necessarily limited and sometimes unrepresentative personal experience was no substitute for that.

The issue of representativeness is far from the only pitfall of privileging the views of those with lived experience. In many cases, people who have experienced some type of evil do not have any special insight on how to address it. As I have pointed out previously, victims of school shootings don't necessarily have any special insight on how to prevent such events from recurring. The same is often true of victims of racism, anti-Semitism, and many other kinds of oppression and injustice.

Further, it's important to emphasize that members of the groups in question often differ among themselves about how to address the wrongs they have suffered. The left can cite survivors of school shootings who say the solution is more gun control. The right, in turn, points to those who say the answer is more gun rights.

Barack Obama and Clarence Thomas are both black men who grew up in largely fatherless homes, and have experienced racism and discrimination (Thomas, perhaps more so, because he grew up in then still-segregated Georgia). Both have written eloquent memoirs based on their experiences. Yet they also have drawn very different conclusions from them. If you credit the lessons Obama derived from his experience, you have to reject much of Thomas's - and vice versa. If there is a way to resolve the disagreement between them, it requires systematic analysis of evidence. Privileging either man's lived experience is of little help.

Perhaps the conundrum could be resolved by saying we should privilege the views of the majority within the group in question. The majority of African-Americans hold views closer to Obama's than Thomas's. So perhaps we should privilege former's lived experience over the latter's, when the two conflict. But majority public opinion is often influenced by ignorance, partisanship, and a variety of other biases. That's true of a wide range of groups. Thus, we cannot assume that majority opinion within a given group is necessarily the "correct" interpretation of that group's lived experience.

Admittedly, there are some situations where lived experience really does have great epistemic value. If someone claims that "X never happens," the claim can readily be refuted by citing someone who can credibly claim to have personally witnessed X. The testimony of Holocaust survivors is an important part of the evidence proving that the Holocaust actually happened (though there is a lot of other evidence, too). The testimony of former inmates of Chinese concentration camps for Uighurs gives the lie to Chinese government claims that such camps do not exist. At the same time, however, Holocaust survivors rarely have any special insight into how to prevent similar atrocities from occurring again.

It is also often true that only someone who has personally experienced a given event can fully grasp the subjective experience of what it was like to go through it. If you've never been incarcerated in a concentration camp, you may well never be able to understand how it feels.  The same is true if you've never been a victim of anti-Semitism, sexual assault, or racial profiling. But such subjective feelings are rarely enough to base policy decisions on. And a person who cannot grasp the subjective experience of being a concentration camp inmate or a victim of racial discrimination, can nevertheless still come to understand why these are grave injustices.

While Tsiao's article and other recent analyses of lived experience focus primarily non left-wing arguments for privileging the lived experiences of discriminated-against minority groups, the lived-experience trope is easily used for right-wing ends, as well. The 2016 Republican convention, for example, featured speeches by relatives of people killed by undocumented immigrants. Their experiences, however tragic, do not change the fact that immigrants, including undocumented immigrants, actually have much lower crime rates than native-born Americans.

Consider, also, such examples as white men who believe they have been victimized by affirmative action and various types of ethnic nationalists who believe their culture and economic prospects have been damaged by immigration. Crediting the "lived experience" of these people is likely to lead to conclusions few progressives would like. But if the perceived lived experience of women or racial minorities must be privileged when it comes to wrongs members of those groups believe they have suffered, the same logic applies to other groups, as well.

For every left-wing life experience narrative, there is a right-wing one that can be used to bolster the other side - and vice versa. If we want to get at the truth, we cannot give a privileged status to either. Rather, we must always  consider whether the experience in question is true, whether it's representative, and whether the policy recommendations derived from it are backed by logic and evidence.