The case is Cheung v. Harper, and the video of the interaction is apparently this:

The audio isn't great, but it sounds like a lot of personal insults ("motherfucker," "suck my dick," etc.) coupled with allusions to Cheung's being Asian ("soy sauce," "fucking Asian marts last week, how they treat dogs there, motherfuckers," "dog food eater," "cat eater" [?]). As is common with many such taunts, they don't make much sense on their own terms, but just seem like attempts to get Cheung mad.

The New York Times (Jonah E. Bromwich) has a long story on the case, which includes these items:

Mr. Harper said … the protest … was a weekly demonstration for transgender rights and "in solidarity with end Asian hate." … 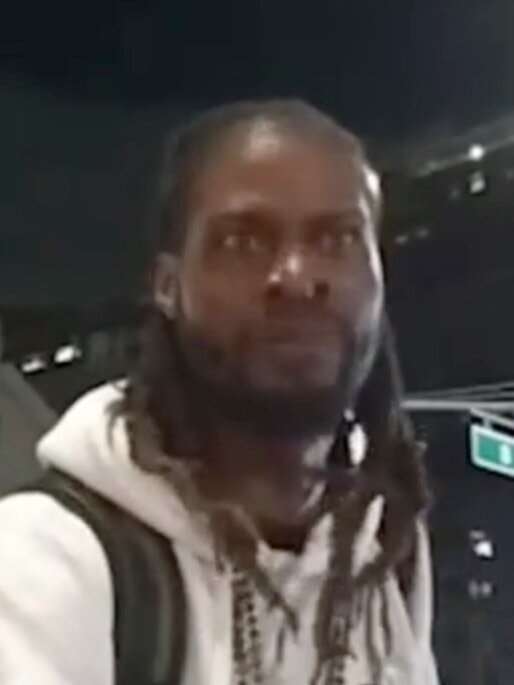 In interviews, Mr. Harper, 39, apologized for what he acknowledged were racist comments. He said the video had been taken out of context, and that he typically uses racist remarks as part of a broader explanatory monologue to demonstrate what racism looks and feels like.

"I've got to change my method, and I came out and apologized for that," he said.

Obviously the lawsuit is primarily a political statement by the plaintiff; but of course that is not uncommon in similar lawsuits; so I thought I'd offer a bit of tentative legal analysis.

[1.] These sorts of personally targeted face-to-face insults generally fit within the "fighting words" exception to the First Amendment, whether they are bigoted or otherwise. New York courts do take the view that "[t]he 'fighting words' doctrine under the First Amendment is even more narrowly applied in cases involving police officers than in cases between ordinary citizens 'because a properly trained officer may reasonably be expected to exercise a higher degree of restraint than the average citizen.'" But they don't  seem to categorically preclude fighting words claims for face-to-face insults of police officers (or limit them to situations where the police officer responds by fighting). It may well be that a sustained rant such as this would qualify as fighting words even when said to an officer.

[2.] But the defendant is apparently not being prosecuted for this, and there's no "fighting words" civil tort cause of action. Instead, the claim is that this constitutes "intentional infliction of emotional distress," a notoriously vague (though generally narrow) cause of action:

Intentional infliction of emotional distress has the following elements: extreme and outrageous conduct; intent to cause, or disregard of a substantial probability of causing, severe emotional distress; a causal connection between the conduct and injury; and severe emotional distress. Liability for the tort is found only where the conduct has been so outrageous in character, and so extreme in degree, as to go beyond all possible bounds of decency, and to be regarded as atrocious, and utterly intolerable in a civilized community (see Howell v. New York Post Co., 81 N.Y.2d 115 [1993]). And, courts are reluctant to allow recovery under the banner of intentional infliction of emotional distress absent a deliberate, systematic and malicious campaign of harassment, intimidation, humiliation and abuse of plaintiff.

Some recent cases (such as the one I just quoted) do allow intentional-infliction-of-emotional-distress lawsuits over bigoted insults that would likely qualify as fighting words in criminal cases, at least when they are said by a business employee about a patron or by an employer about an employee. It's not clear to me, though, whether the same would be as "so outrageous in character, and so extreme in degree, as to go beyond all possible bounds of decency, and to be regarded as atrocious, and utterly intolerable in a civilized community" outside this sort of business context.

[3.] If Cheung loses, on the grounds that this doesn't fit within the emotional distress tort (or that it doesn't qualify as fighting words, when said to a police officer), would he—or perhaps the police union, which appears to be backing this lawsuit—have to pay Harper's legal fees? I'm glad you asked! The New York anti-SLAPP statute allows such recovery of fees by defendants for speech "in connection with an issue of public interest." Query whether these sort of largely substance-free face-to-face personal insults, even if viewed as an expression of a political view (hostility to Asians) would be seen as sufficiently in connection with an issue of public interest; I doubt it, though the matter isn't open and shut.

[4.] In many jurisdictions, police officers and firefighters can't sue members of the public over negligent injuries inflicted on them in the line of duty (that's sometimes called the fireman's rule or the firefighter's rule or the professional rescuer doctrine). But my sense is that this generally doesn't apply to intentional torts. And in any event, New York has abrogated the professional rescuer doctrine by statute, so it doesn't prevent this lawsuit from going forward.

[5.] Cheung is also claiming that Terrell spit on him, "negligently, recklessly and carelessly, spit his saliva on the Plaintiff's face and into the Plaintiff's eyes." This would be a legally valid claim, if it is factually supported (I can't speak to that), though by itself such negligent spitting doesn't seem that likely to yield material damages. (Intentional spitting would be battery, that could yield damages for the outrage of the intentional act, including punitive damages; but the Complaint doesn't seem to allege intentional spitting.)

Really? An experienced NYPD detective has been incapacitated by these sorts of insults, and will require medical care and attention?

UPDATE: I added items 4 and 6 and elaborated on item 5 after first putting this up.