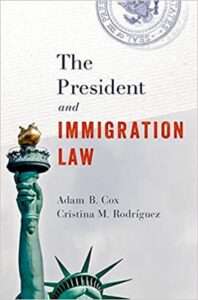 Indeed, failure to pursue the the former might even undercut many of the beneficial effects of the latter. If detention and deportation are more tightly constrained, a White House hostile to immigration would have incentives to double down on using its discretionary authority to try to keep out migrants in the first place. If so, there may be little net reduction in executive power in this field and its undermining of the rule of law. For potential migrants, being barred to begin with can be just as bad or (in some cases) even worse than being deported after entry.