It's in Plummer Park, the L.A./West Hollywood social hub for immigrants from the former USSR—I used to play there when I was a small child; my parents, like so many immigrants from there, moved at first to West Hollywood. The memorial was erected in 2005, long after I left that area, so it took an e-mail from my colleague Kal Raustiala for me to learn about it. 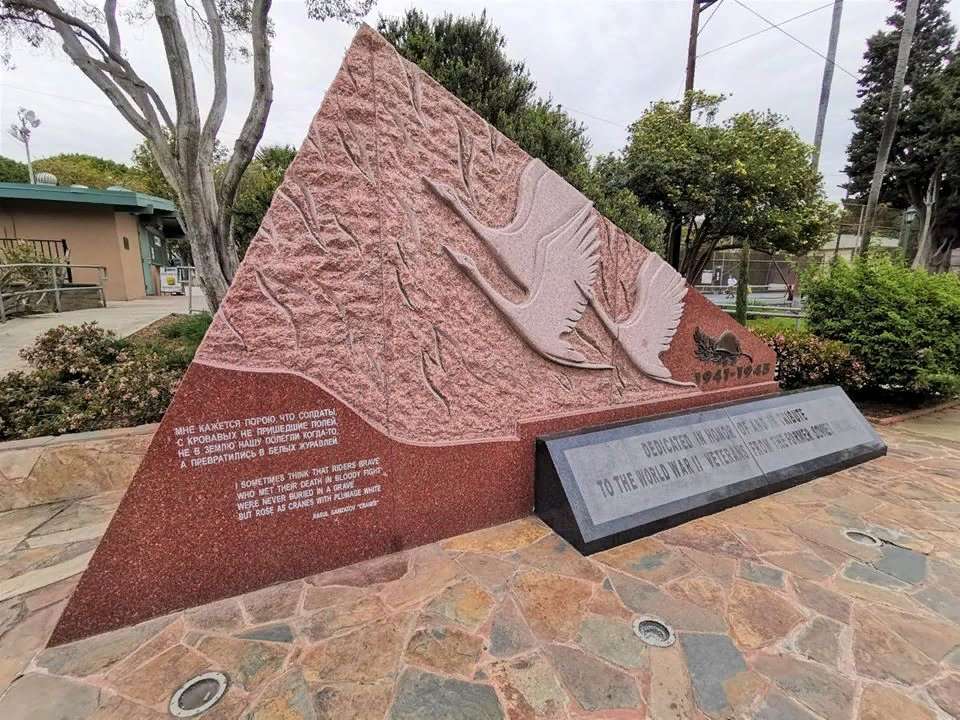 (The photo is from a Russian Embassy tweet; the memorial itself was created by emigre sculptor Mikhail Naruzetskiy, and the quoted poem is by Rasul Gamzatov.)

For all the crimes of the USSR, and indeed the mass atrocities of the Soviet Army against Polish, German, and other civilians, the Soviet Army stopped the Nazis on the Eastern Front; Soviet soldiers gave their lives in the process by the millions; the Soviet Army was ultimately responsible for saving the lives of my parents and millions of others; and many of the soldiers who fought in that horror had reason to be proud of their roles. (The money for the memorial was apparently raised by veterans who had emigrated to the U.S.)