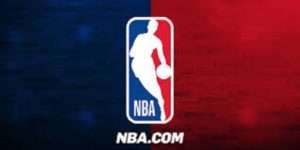 Over the last two days, NBA players have boycotted their league's playoff games in protest of police brutality and racism, and players in several other professional sports leagues have followed suit. NBA players have now agreed to resume playing in the near future, and I expect the same thing is likely to happen in other leagues. But the whole episode still raises the more general issue of when and if sports boycotts are justified. This situation is not the first time players or others have advocated boycotting a sports event, and it is unlikely to be the last.

It may not be easy to come up with a rule that effectively deals with every case. But, at least as a general rule, I think there is good justification for boycotts when the organizers of the event in question are themselves perpetrating a serious injustice, and even more when holding the event directly causes injustices in and of itself. On  the other hand, the case is weaker when the purpose of the boycott is to pressure otherwise innocent third parties into supporting a political cause - even a just one.

I have previously advocated boycotting Olympics, World Cup tournaments, and other major sports events hosted by oppressive authoritarian regimes, and ideally denying them the right to host such events in the first place. The reason is that the hosts are directly culpable in perpetrating grave evil, and hosting such events almost inevitably provides a propaganda opportunity for them and bolsters their position on the international stage:

The standard argument against boycotts is the traditional idea that international sports events should be kept free of politics. The problem with this theory is that the Olympics and other similar events are virtually always used as propaganda tools by host governments, as happened with Nazi Germany in 1936, the USSR in 1980, and Vladimir Putin's regime in 2014 [when Russia hosted the Winter Olympics]. For this reason, it is nearly impossible to make them genuinely politically neutral. The only realistic options are either to allow repressive regimes to use the Games to burnish their public image, keep them from hosting in the first place, or forestall their propaganda by means of a boycott that undercuts the Games' public relations benefits for the hosts.

In addition, the sports events themselves are often run in ways that directly perpetrate grave injustices, such as forcible displacement of large numbers of people in order to make way for sports stadiums and related facilities:

The Olympics are a great sports event. But they also cause great harm. Host cities routinely lose enormous amounts of money on the games, and end up with decaying stadiums that have little or no value. Even worse, governments often forcibly displace large numbers of people from their homes and businesses in order to make room for Olympic venues. Over 1 million people lost their homes for the 2008 Beijing games alone. Brazil… similarly evicted large numbers of people for the… Rio Olympics, and even more to build stadiums for the 2014 World Cup. Most of those evicted are the poor and people lacking in political power.

Boycotting sports events where such practices occur can help deter their recurrence in the future. Denying propaganda opportunities to oppressive regimes and tarnishing their image can incentivize reforms. At the very least, boycotts in such cases can deny revenue and PR opportunities to the perpetrators of grave wrongs.

Things are more complicated in a case like the NBA players' brief boycott of the last two days. Racial profiling and abusive police practices more generally are serious injustices (I have tried to highlight the need to curb racial profiling for years, now), and the players' desire to combat them is laudable. We should also not forget that, in a league where most of the players are black men, it is highly likely that many of them and their families have experienced racial profiling and other abusive police behavior directly, as have a substantial majority of African-American males.

Still, it's hard to argue that the targets of the boycott - NBA owners and fans - are the ones responsible for the injustice, in the ways that, say, the Russian and Chinese governments are responsible for the injustices their regimes perpetrate. It is even harder to argue that NBA games directly cause police brutality and racial profiling, in the way that forcible displacement of people to make way for stadiums is directly caused by current arrangements for hosting the Olympics and the World Cup.

The theory behind the boycott is that it might pressure NBA owners  into lobbying for reform. But it is by no means clear that the owners have the influence to make any significant difference on the issue. Few people even know the names of the owners, much less look to them for guidance on moral and political issues. The owners are, of course, wealthy people who might contribute to reform causes. But it's far from clear they will contribute much more money as a result of a boycott, or that their contributions will make a significant difference, either.

In addition, if it is right to use boycotts to pressure owners (and perhaps others) into supporting one just cause, why not others? Sadly, US police abuses are far from the only significant injustice in the world today, or even the most serious ones. There are arguably even worse injustices in US immigration policy, for example. If players boycott games until owners address every serious injustice in the world, we will probably never have any professional sports competitions for a long time to come!

It might still be reasonable to use boycotts to pressure third parties into action if doing so has a high likelihood of success and is likely to do a lot more good than harm. But, at the very least, boycotts targeting third parties should only be undertaken if there is strong evidence that such success is likely and that a boycott is more likely to succeed than other types of measures. That is especially true when those boycotting are players who have a contractual obligation to participate in games, as opposed to fans and others who have no such duty.

Here, NBA players and other professional athletes do in fact have a range of alternative options that are likely to be at least equally effective. They can use their high public profile to speak out against and condemn police abuses (as many have already done). They can also contribute money (and urge others to do so) to organizations that promote much-needed reforms such as ending the War on Drugs, eliminating qualified immunity, combating racial profiling, and banning asset forfeitures. All of these reforms would both help curb law-enforcement abuses generally, and be of special benefit to minority communities (which disproportionately suffer from those abuses). Moreover, less confrontatioal strategies are less likely than boycotts to generate a counterproductive public backlash. In view of these alternatives, NBA players have done the right thing in ending the short-lived boycott, and instead pursuing their cause by other means.

That said, there may be issues over which boycotts of US sports leagues by players might have stronger justification. In some instances, the NBA and other major US sports leagues really are perpetrators of injustice, not just bystanders. The most common example is the egregious use of public funds to subsidize sports stadiums.  Studies by economists across the political spectrum consistently show that government subsidies for sports stadiums hurt local economies more than they benefit them. These subsidies routinely fleece the general public for the benefit of billionaire owners and millionaire players, while also damaging local economies. In some cases, cities compound the injustice by using eminent domain to forcibly displace residents and businesses in order to build stadiums.

If players were to boycott the NBA, NFL, and other major sports leagues until the owners agreed to abjure public subsidies for stadiums and the use of eminent domain to seize land for them, the players could very likely achieve that goal in short order! Unlike in the case of police abuses, the owners are key players in perpetrating these injustices, and they could easily end them if they wanted to.

In the case of the NBA, there is also its complicity in running basketball schools in China under the sponsorship of the oppressive Chinese government, where many young players have suffered severe abuse. This practice, too, could be ended if the players were willing to boycott until owners agreed to accept that demand.

I do not claim that the players are hypocritical or morally culpable for largely ignoring these issues where their leagues are morally complicit, and instead focusing on racist police brutality. Many may not even know much about stadium subsidies and the Chinese basketball program, whereas - for understandable reasons - they are well aware of police abuses and racial profiling.

To the extent the players are blameworthy here, the same can be said of fans - myself included - who continue to patronize these leagues. That may be especially true of those - again including myself - who are aware of the stadium subsidies, yet continue to watch games anyway (as I certainly do).

That said, both players and others would do well to focus their sports boycotts on those cases where event organizers are themselves culpable in perpetrating injustice, and especially those where the event itself is part of the cause. We cannot completely exclude the possibility that boycotts can be justified in some other cases. But they are likely to be less common, and require a higher burden of proof to justify the use of boycotts instead of less disruptive tactics.