From yesterday's memorandum from the Administrative Office of the United States Courts, quoting the report of the Judicial Conference Committee on Codes of Conduct:

[T]he Committee … [circulated] a new draft Advisory Opinion No. 117 … [which] advised that formal affiliation with the ACS or the Federalist Society, whether as a member or in a leadership role, is inconsistent with the Code of Conduct for United States Judges, and that while membership in the ABA's Judicial Division is not necessarily inconsistent with the Code, judicial members should carefully monitor the activities of the ABA to determine whether membership remains consistent with the Code and query whether a position taken by the ABA might call the affiliated judge's impartiality into question and necessitate recusal in a given matter…. The Committee received comments [on the draft] from about 300 judges, expressing a wide variety of views on the issues raised.

The Code of Conduct encourages judges to remain active in the community and the legal profession so long as those activities do not conflict with judicial obligations. The Committee stands by its previous guidance provided in the Published Advisory Opinions and in the Compendium of Selected Opinions. That advice demonstrates that the Committee has consistently opined that judges may appropriately belong to law-related organizations that embrace a broad range of views.

Even so, prudence dictates that as judges confront a world filled with challenges arising out of emerging technologies, deep ideological disputes, a growing sense of mistrust of individuals and institutions, and an ever-changing landscape of competing political, legal, and societal interests, they need to remain vigilant about problems associated with membership in organizations. In making membership decisions, a judge should regularly review, consider, and examine whether membership in any particular organization is consistent with the core values of judging, recognizing that the mission and objectives of organizations may change over time. The Committee's past guidance has counseled judges to consider such things as recusal obligations and any burdens on judicial integrity, including how membership in an organization may implicate the judge's impartiality and how membership in an organization may reflect on the judge or the judiciary as a whole.

The nation depends on a judiciary that is impartial and independent. Consistent with the judge's oath, each individual judge should take care to make all membership decisions in a way that is consistent with the highest ideals of the profession as expressed in the Code of Conduct. The rubric that is laid out in the Committee's prior opinions and guidance is the appropriate way to analyze membership decisions, but balancing these considerations is ultimately best left to the judgment of individual judges.

Special bonus: The memorandum is fascest! Check out the fasces on the seal on top of the memo (and, yes, the Fascists were indeed named after the fasces): 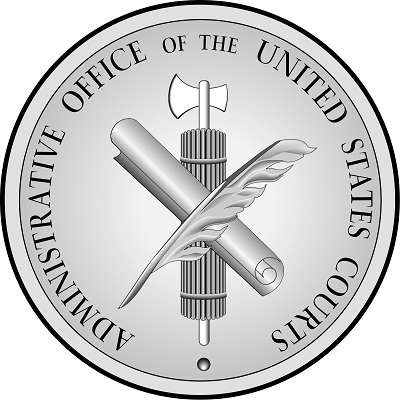