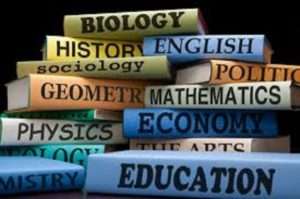 In my first post in this series, I went over the criteria that should guide your decision on whether to try to write an academic book in the first place. I also explained the limitations of this series, such as that it is primarily intended for current and aspiring academics and policy analysts, and people who are considering publishing a book with an academic press. But let's say you are in my target audience and you've decided you want to write a book. This post addresses the question of how to choose a publisher.

There is no definitive right answer to that question. But there are some basic ground rules that can help guide your decisions. First, you probably want to pick three or four publishers to submit to initially. If you do much more than that, they might run out of peer reviewers (as many will not be willing to review the same proposal for two different publishers or consider it unethical to do so). If you only do one or two at a time, you reduce your odds of success, or at least ensure it will take a lot longer. I'll have more to say about peer review in the next post in this series.

Commercial academic publishers have a less clear-cut pecking order that probably varies more by field. But some of the best-known are Routledge, Edward Elgar, Hart, and Palgrave Macmillan. On the whole, the top commercial academic presses are seen as a bit less prestigious than the top university presses, though again this might vary somewhat by field.

I am not suggesting that all the best books get published by big-name publishers, or that lesser-known ones only publish dregs. Far from it. Even the most famous presses publish some mediocre books (or worse). And there are truly outstanding books that get published by little-known presses. On average, however, there is a rough correlation between the ranking of the publisher and the quality of books and authors they typically get, even if that correlation is far from perfect.

More importantly, from your point of view as an author, both academic and lay readers often use the prestige of the press as a signal of the likely quality of the book and the standing of the author. For that reason, getting a more prestigious publisher can benefit your career, and increase the potential audience for your work.

Perhaps it shouldn't be that way. Maybe no one should judge a book by its cover – or by its publisher. In an ideal world, that is how it would be. But the purpose of these posts is to help you navigate the world of academic publishing as it actually exists, not the more perfect world we might want to have instead.

Moreover, in a world of limited information and constraints on time and energy, it's at least somewhat understandable that readers would use the publisher as a signal of quality that helps determine which books to buy and read. Even the most dedicated reader can only read a small fraction of the millions of books out there. Indeed,  even experts in a given subject can only read a small fraction of the books published about it, if that subject is one on which a lot of people write, such as constitutional theory or World War II history. For that reason, they are likely to use "information shortcuts" to guide their reading choices; the name of the publisher will often be one such shortcut, even if not the only one.

As already noted, the rough ranking described above will vary by field to some degree. Some publishers have higher standing in one field than others. For example, my understanding is that Routledge is especially well-regarded in political theory. If you are unsure which publishers bat above their usual "weight" in your field, ask more senior scholars in your area.

Some publishers also have well-regarded book series devoted to a particular topic. For example, the University of North Carolina Press has a well-known (in its field) series on Civil War history. If you write in that area, getting a book published in their series might be the way to go. That's especially true if much of your intended audience consists of specialists in the same field, many of whom might know about the series in question.

Before making a final decision on where to submit, you should also find out the name of the editor at those presses you are considering, who works in your field. Their names can usually be found on the publisher's website. Some editors have better reputations than others, and that might be relevant to your decision, as well. I will have more to say about working with editors in a future post in this series.

Despite such complications, the quick and dirty truth of the matter is that most academics and policy analysts – particularly those who rarely or never write books themselves – know relatively little about publishers. Lay readers usually know even less. So if your main goal in choosing a publisher is to advance your career and attract more interest in your book, you can't go very far wrong by focusing on the big-name publishers listed earlier in this post. If you can't get one of them, then – in the minds of most readers – there is likely to be a correlation between the prestige of the university associated with the press, and how good they think the press is – even if the press is actually "better" or "worse" than the associated school is.

Having your book published by Ivy League University Press is likely to impress more readers than Podunk University Press, even if the latter actually has better editors and has published better-quality books, in some objective sense.  Similarly, a press associated with a well-known university will generally look more impressive than a commercial academic publisher, though this may vary somewhat depending on your field.

Perhaps readers should be more discerning, and devote more time to learning about the strengths and weaknesses of different publishers. But most – including even most academics – aren't willing to take the time and effort to do so. Some simply have too many other demands on their time; others, perhaps, are just lazy. Regardless, this is the reality you have to deal with.

What if your proposal or manuscript gets rejected by all the "top" publishers? In that case, it may well make sense to go down to the next tier. How "low" you are willing to go depends on a lot of factors, including how badly you need to publish a book, how soon you need to do it, and how much the prestige of the publisher matters to you.

At a certain point, continuing to submit to more and more publishers will not be worth it. I can't tell you exactly when that is. But if your book gets rejected eight or ten or twelve times, there is a good chance you have to either give up the project or revamp it substantially. You should also remember that getting a book considered by the relevant editor and then sent out for peer review (if he or she likes it enough) will usually take two or three months. So plan accordingly – particularly if you need to get a contract for your book quickly.

Most of this advice about the relative standing of publishers should not matter to you if you are such a big name in your field that most of your intended audience will read your books just because you are the person who wrote them. If you're that successful, you probably don't need to get a prestigious publisher to advance your career, either. In that event, you can choose a publisher without regard to prestige, and just focus on factors like the quality of the editor, how big a royalty you will get, and so on. But if you're in that good a position, you probably don't need my advice anyway!

What if you're fortunate enough to get more than one offer? If so, congratulations, you've beaten the odds!  Good academic publishers generally reject a lot more books than they accept.

If the standing of the publisher matters to you and one of your offers is a much bigger name than the others, that might dictate your choice. Even so, you might be able to use the less prestigious offer as leverage to get concessions from your first choice.

What should you bargain for? That depends on  your situation. Some authors try to bargain for higher royalties. For reasons noted in my earlier post (most academic books will not make you a lot of money, regardless), this probably should not be a major factor in your decision. But if your book seems likely to sell a lot of copies, or you're in a difficult financial situation where even a few hundred dollars can make a big difference to you, then you might choose to use your leverage here. In my experience, if one publisher offers higher royalties than another, the one that offered less will usually be willing to match the higher offer (unless, perhaps, the difference is really large).

You can also try to push for the publisher to make more of an effort at marketing the book and to either give you more free author copies, or commit to sending more free copies to potential reviewers and other influential people of its own accord. This can be very useful in promoting the book! I will have more to say about promotion in a later post.

Personally, I usually focus my efforts on ensuring that the publisher will either do an initial paperback edition of the book or commit to a relatively low price for the initial hardcover (preferably under $30). If you don't push for this, you could easily end up with a price that is far higher than most readers are willing to pay. Many academic books  are priced at eighty or a hundred dollars a copy, sometimes even more.

That price structure is understandable, because most academic books will sell very few copies, except to libraries. And libraries are willing to pay high prices. If the publisher is only going to sell a few hundred copies, mostly to an audience that isn't price-sensitive, they might as well make as much money per copy as possible. But this approach is terrible if you want to reach anything approaching a broad audience.

Thus, if you want to promote your book to lay readers or even to academics who don't have very large expense accounts for book-buying, you want to push as hard as you can to get the publisher to set a lower price. Having a second offer can be a big help in that respect.

The good news is that if you publish one book that sells reasonably well by academic standards (1000-2000 copies or more), publishers will usually be willing to make this concession for your succeeding books, without nearly as much arm-twisting. At that point, they know that it's actually in their own interest to give you what you want (as they can profit from the extra sales). It worked for me, and it can work for you too.

In the next post in this series – which may not come for a few weeks – I will describe how you can navigate the publication process, and increase your odds of getting your book accepted.

UPDATE: I have made minor modifications to this post, including adding the name of a press I had originally accidentally omitted from the list of "top" publishers. I apologize for that mistake, which I fixed within a couple hours of initial posting.