In the 2020s, one fears, everyone will feature in a co 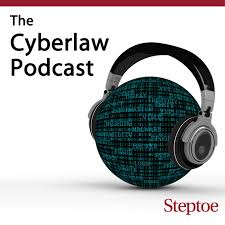 nspiracy theory for fifteen minutes. In an effort to get in front of this development, and the inevitable Twitter mob to follow, I will now disclose the secret symbol that I anticipate will drive future conspiracy theories about the Cyberlaw Podcast.

Many readers are familiar with the podcasts's logo, shown to the right. 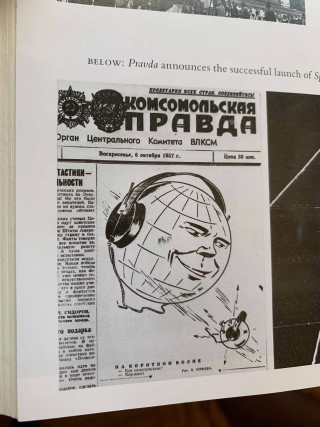 Less familiar to readers under 70 is the image to the left. It is a 1957 cartoon published in Pravda, the Soviet Union's dominant newspaper, to mark the surprise launch of a Soviet satellite into earth orbit—well ahead of anything the United States was able to do.

It triumphantly shows little Soviet Sputnik beaming its signal back to a smiling world (well, as close to smiling as anyone in the Soviet Union ever seemed to get in public). It was a remarkable achievement, and one that the Soviets turned into a great propaganda coup.

The similarities could be a complete coincidence uncovered by a listener who's also a Soviet history buff, but where's the fun in that? Future conspiracy buffs will surely find a secret message hidden in the podcast's choice of logo. But what message? Some may think it's a dog whistle to rally Russian revanchists to our audience. Those who believe I'm an egregious statist will no doubt see it as confirmation of my secret plan to collectivize American agriculture and liquidate the kulaks. Other theories are welcome.

Thanks to Jacob Nelson for the find.

Novavax Vaccine 100% Effective Against Both Moderate and Severe COVID-19

If this doubly punitive anti-press maneuver sounds familiar, that's because it keeps happening, including to Reason.