Today was day three of the Supreme Court's novel experiment in holding virtual oral arguments. The session lasted nearly 90 minutes. Justice Ginsburg, who may actually be superhuman, dialed in from the hospital. And someone flushed a toilet. Though, this was not the first time water went down the wrong pipe during ACA oral arguments.

First, I'll focus on Justice Ginsburg's soliloquy. She didn't ask a question. She made an opening statement that stretched two pages in the transcript. Indeed, with her slow cadence, she took the entirety of her three minutes. At the end, the Chief gave SG Francisco a chance to answer. And RBG asked a follow-up. Here are the Ginsburg pages: 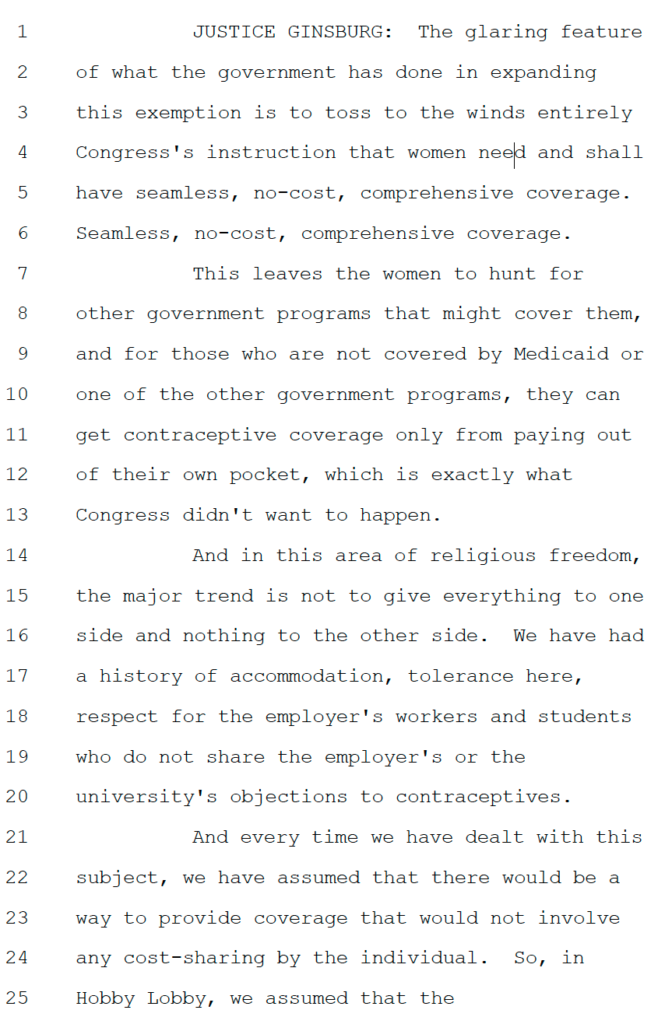 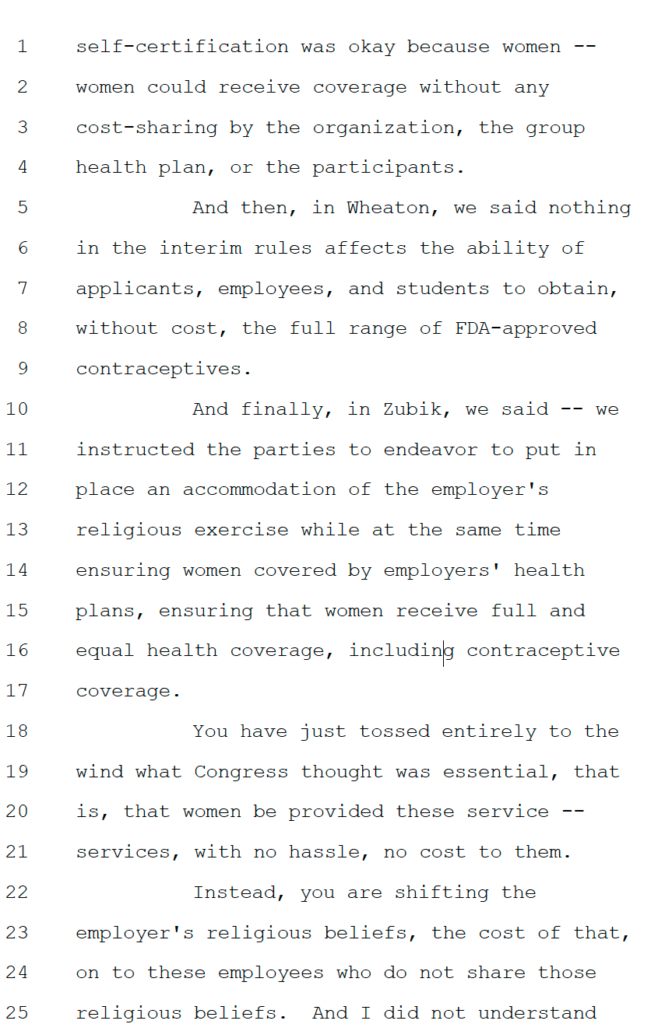 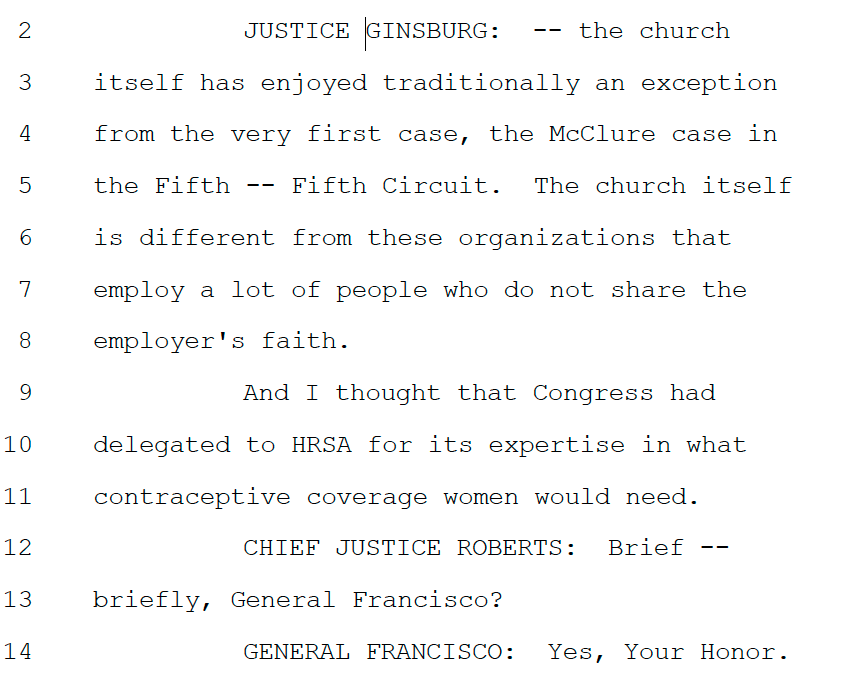 The three-minute limit has a disparate impact on RBG. She speaks at such a slow pace. Yes, I did the math in Unraveled (pp. 298-299):

She will be able to get out far fewer questions in a limited time.

Second, there was several discussions about the non-delegation doctrine. Justice Thomas asked SG Francisco whether Congress could grant so much authority to the HRSA (Health Resource Services Administration, a division of HHS):

JUSTICE THOMAS: General Francisco, a quick question about HRSA's broad authority. You seem to, as you did in your past --your last answer, suggest that HCRA has almost unlimited authority to both create guidelines and exceptions from those guidelines.

First, if you would give us just an idea of what standards are to guide that -their discretion and --and the services that are provided, as well as the exemptions that are offered by the guidelines.

JUSTICE THOMAS: At what point do you run into a non-delegation problem?

I hope the Court addresses the non-delegation doctrine. I discussed this issue in an amicus brief for the Cato Institute and the Jewish Coalition for Religious Liberty. Here is a snippet of our argument:

At base, the ACA did not delegate to the Departments the authority to draw that arbitrary distinction between religious groups and resolve this "major question." The rulemaking here was not premised on health, financial, or labor-related criteria. Rather, the Department made subjective determinations of which employees more closely adhere to their employers' religious views. The "authority claimed by" the Departments was "beyond [their] expertise and incongruous with the statutory purposes and design." Gonzales v. Oregon, 546 U.S. 243, 267 (2006). If "Congress wished to assign that question to an agency, it surely would have done so expressly." Id.

Each Justice was allotted about three minutes for questions. The Chief tried to keep everyone on time, but a few Justices went beyond their allotted three minutes. Justice Alito was given far more time to question PA's lawyer. By my count, he went on for more than 7 minutes. (From 1:08:07-1:15:35, pp. 67-74 of the transcript.)

I will publish a more substantive post about Chief Justice Roberts, and Justices Breyer and Kagan shortly.