This morning the Supreme Court granted certiorari in the Obamacare cases from Texas. Will the case be argued before or after November 3, 2020, the date of the Presidential election? According to the Supreme Court's calendar for the October 2020 Term, there are six possible oral argument dates prior to election day: October 5, 6, 7, 13, 14, and November 2. Assuming each case is one hour long, the Court can hear twelve hours of argument time before the election. 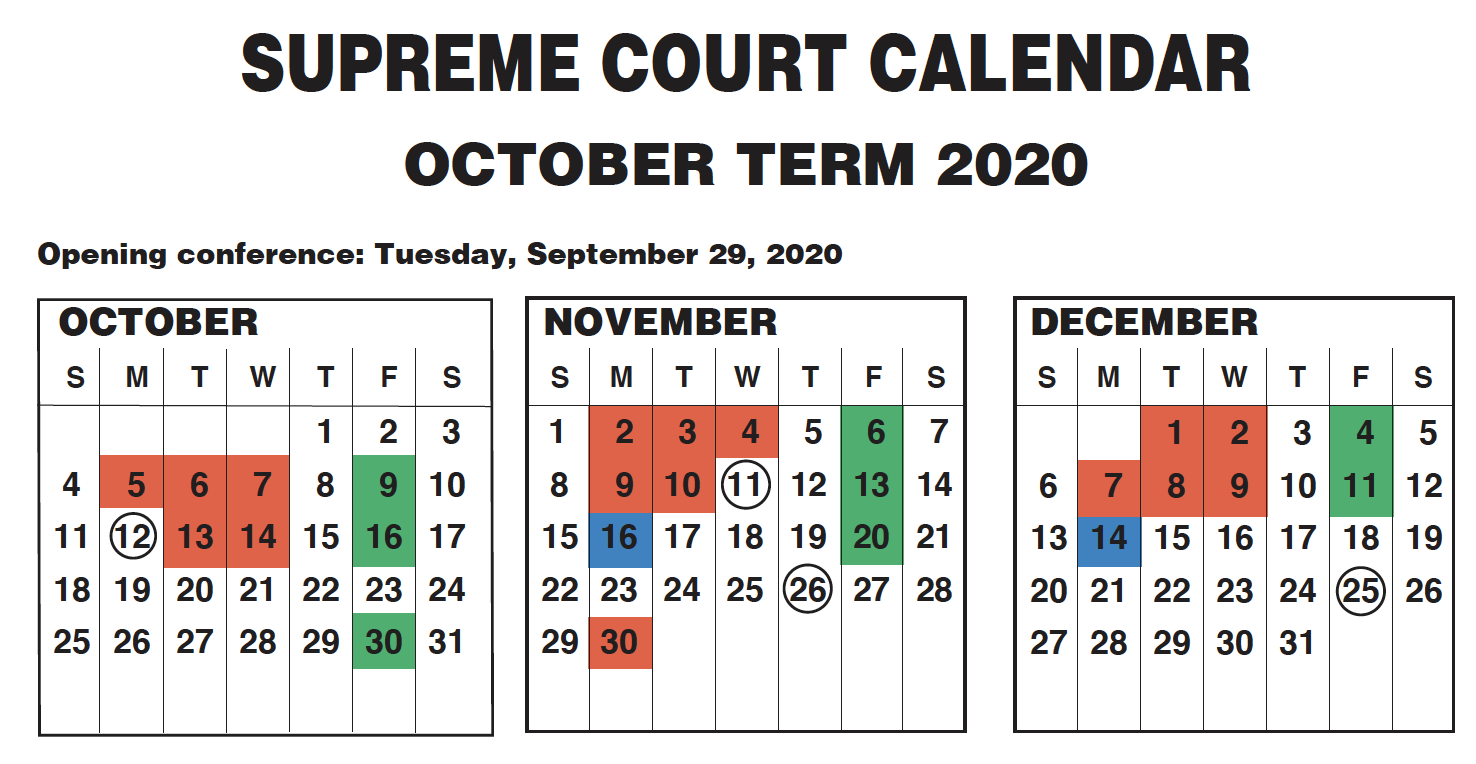 So far, the Supreme Court has already granted five petitions (including consolidated cases) that have not been scheduled for OT 2019, and will presumably be granted for OT 2020. (Let me know if I am missing any). I've sorted them by date of grant:

The Supreme Court does not always schedule cases based on the order in which the petitions for certiorari were granted. That is, there is no guarantee that Salinas is argued on the first Monday in October.

If the ACA case is scheduled on October 5, 6, 7, 13, or 14, I am fairly confident that the oral argument audio will be used in political advertisements against President Trump. (If the case is argued on Monday, November 2, the audio would not be released until Friday, November 6, after the election.)

The Supreme Court already has some experience with its oral Obamacare oral arguments being used in political ads. Indeed, in 2012, the RNC doctored audio from Solicitor General Verrilli's oral argument in Florida v. HHS oral argument. NPR offered this report:

The ad has been criticized for doctoring the audio at the start of Solicitor General Donald Verilli Jr.'s argument at which he paused, took a sip of water and cleared his throat.

Verilli's hesitation was brief, just a few seconds. But the ad makes it appear that Verilli was completely at a loss by lengthening the pause and repeating the sound of the ice clinking in his glass and repeating Verilli saying "Excuse me" to the justices.

The ad ends with the text "ObamaCare: It's a tough sell." Bloomberg News' Julie Hirshfeld Davis and Greg Stohr offers one of the more comprehensive stories about the ad.

The Drudge Report blasted a picture of Verrilli with the headline "Obama's Lawyer Chokes Again." Within hours a. er the audio of the arguments was released, the Republican National Committee released a YouTube advertisement attacking Verrilli's performance. The advertisement took the audio of Verrilli choking at the podium and doctored it to make the awkward silence last longer than it actually did. Over a stark picture of the Supreme Court, the headline "ObamaCare: It's a Tough Sell" appeared. The import was clear—not even the government could justify this law. The Obama administration rallied to defend Verrilli. Obama's deputy campaign manager, Stephanie Cutter, said that the attack on Verrilli was a "low blow" and that he was "one of the most talented attorneys in this country. He made a very forceful argument and we knew these arguments were going to be tough."

Tom Goldstein, a frequent Supreme Court litigant and the founder of SCOTUSBlog, described the advertisement as "the single most classless and misleading thing I've ever seen related to the Court. It is as if the RNC decided to take an incredibly serious and successful argument that has the chance to produce a pathbreaking legal victory for a conservative interpretation of the Constitution, drag it through the mud, and vomit on it."

I agree with Goldstein. And this decision went a long way to keep cameras out of the Supreme Court chamber.

I fully expect similar ads to be created if the Supreme Court schedules oral arguments on October 5, 6, 7, 13, or 14. Indeed, I worry that one or more Justices will ask questions that, out of context, seem far more accusatory in a sliced-and-diced advertisement.