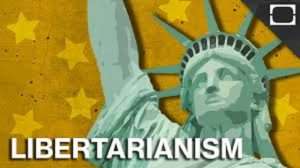 Tyler's mini-manifesto has already attracted insightful responses from David Henderson,  John McGinnis, Vincent Geloso and Alex Salter,  Nick Gillespie, Henry Olsen of the Washington Post, and John Cochrane. But I think there is more to be said.

In particular, it's important to emphasize that Tyler's normative argument is distinct from his positive claim about what libertarians are actually doing. One can be right even if the other is wrong.

Here's Tyler's positive analysis of where libertarians have been headed over the last few years:

Having tracked the libertarian "movement" for much of my life, I believe it is now pretty much hollowed out, at least in terms of flow. One branch split off into Ron Paul-ism and less savory alt right directions, and another, more establishment branch remains out there in force but not really commanding new adherents…. For another, smart people are on the internet, and the internet seems to encourage synthetic and eclectic views, at least among the smart and curious. Unlike the mass culture of the 1970s, it does not tend to breed "capital L Libertarianism." On top of all that, the out-migration from narrowly libertarian views has been severe, most of all from educated women….

Along the way, I believe the smart classical liberals and libertarians have, as if guided by an invisible hand, evolved into a view that I dub with the entirely non-sticky name of State Capacity Libertarianism."

Tyler's definition of state capacity libertarianism is not a simple one. But, in so far as it differs from previous versions of libertarianism, it largely boils down to a focus on expanding and improving the quality of government, including performing at least some substantial range of functions that most libertarians have traditionally argued should be left to the private sector.

Both the claim that there is an outmigration from libertarianism and the claim that "smart" libertarians are turning towards SCL strike me as wrong, or at least unsupported by the available evidence. Here's why:

I. Is there an Outmigration from Libertarianism?

Has libertarianism experienced a large outmigration to  "alt right directions?" We can certainly find examples of notorious alt rightists who used to be (or at least used to claim to be) libertarians. But none of them were actually at all prominent within the libertarian movement, and there is no indication they are a large group of people (even relative to the total number of libertarians out there).

It is also fair to point out that there have long been some libertarian-leaning people who are sympathetic to various types of right-wing nationalism and have tried to make alliances in that quarter. But this is not a new problem, and such people have long been condemned by the majority of the libertarian intellectual community. The issue actually came to public prominence in 2008 and 2012 during the controversy over Ron Paul's 1990s racist newsletters, at which time numerous prominent libertarians condemned them.

The genuinely prominent defectors from libertarianism in recent years, have actually gone not to the right, but to the center and left. The most notable are probably Jerry Taylor, Will Wilkinson, and some of their associates at the Niskanen Center. I took issue with Taylor's rejection of "ideology" here, and Wilkinson's views on democracy and libertarianism here and here. Taylor and Wilkinson are important figures, and we should take their critiques of libertarianism seriously (as I have tried to do). But, so far at least, their shift has not triggered a more general exodus from libertarianism.

Various measures of the number of libertarian-leaning voters in the general public show that their numbers are roughly the same as they were 15-20 years ago (somewhere between 8 and 20 percent, depending on which measures you use). The number of self-conscious, rigorously consistent libertarians is surely much smaller. But the same can be said for adherents of other ideologies. Many studies  show that most voters don't take a carefully consistent and rigorous approach to political ideology, and often don't even understand the basics of  those world-views.

I don't know of a good measure of the number of libertarians in the intellectual world, such as in academia or policy analysis.  Quantitative studies of academic ideology (at least those I am familiar with) fail to differentiate libertarians from other non-left scholars. But my admittedly anecdotal impression is that the percentage is at least as high as a decade or two ago, and perhaps modestly higher. In my own academic field (law), there are  more libertarians now than when I started my career in 2003.

Finally, I see no evidence that there has been a "severe"outmigration by "highly educated women." There is no doubt that self-identified libertarians are disproportionately male, and this is a problem for the movement (by contrast libertarians are much more racially and ethnically diverse than many think). But this is not a new problem, and has not gotten worse in recent years than it was before.

It's also worth noting that virtually all the prominent defectors from libertarianism in recent years have been men, not women (Taylor and Wilkinson are, again, notable examples). Though, in fairness, that's in substantial part because there were more men in the initial population.

Perhaps Tyler's claim of an exodus can be defended on the ground that it only applies to "narrow" libertarianism, as he puts it. Much depends on what counts, as "narrow." But if that term means categorically rejecting all government intervention beyond the most strictly defined minimal state or endorsing absolute property rights that can never be overcome by any other considerations, then most libertarian thinkers already rejected those views a decade or two ago. That was certainly true of nearly all who were at that time prominent in the academic and intellectual worlds. Perhaps even more have rejected that position since then. But if so, it's not a major trend.

It is, I think, more useful to define libertarianism as the ideology that has a very strong presumption against government intervention in both the "economic" and "social" spheres, and therefore rejects a very high percentage of the activities of modern states. By that definition, there has been no major exodus to speak of.

Thus, Tyler is, I think, wrong to claim that there has been a substantial exodus from libertarianism in recent years. That does not mean libertarians can afford to rest on our (very modest) laurels. Far from it. After all, it is also clear there has been little, if any, significant expansion of the libertarian movement in that time. Our position has also weakened because of the rise of nationalism on the right and "democratic socialism" on the left, both of which are deeply inimical to libertarianism. Even if the number of libertarians has not declined, we face more hostility from adherents of other ideologies than was the case 10-20 years ago.

A group that was a small minority to begin with needs to more than just maintain its position. It badly needs growth. On that point, I very much agree with Nick Gillespie's response to Tyler's post.

What of Tyler's claim that "the smart classical liberals and libertarians" have moved towards SCL? A lot here turns on who qualifies as "smart." If it means those who have the highest IQ or other forms of raw intellectual ability, then we don't have the evidence we need to figure out the answer. Who knows whether the libertarian intellectuals who agree with Tyler's position are smarter—in this sense—than those who don't?

It may be more productive to interpret "smart" as referring to the most prominent and successful libertarian thinkers. The quality and reach of thinkers' ideas surely matters more than how high their IQs are.

Consider those American libertarian thinkers whose work has had the biggest mainstream impact over the last decade, as measured by both public and academic attention. The three cases that most stand out are Jason Brennan's work on democratic theory and related issues, Bryan Caplan's work on education and immigration, and Deirdre McCloskey's series of books on the nature and history of liberalism. Little if any of their work focuses on enhancing state capacity. To the contrary, all three emphasize the case for limiting and constraining government power, albeit in quite different ways.

The same is true for nearly all the most notable recent libertarian scholarship in my own field: law.  Here too, state capacity is mostly notable by its absence. My impression is that the same is true of recently successful libertarian-leaning scholars in economics, philosophy, and political theory, such as John Cochrane, Casey Mulligan, Michael Huemer, and John Tomasi, among others. As David Henderson points out in his response to Tyler, state capacity is also largely absent from the recent research agendas of the most prominent and influential libertarian think tanks and publications, such as the Cato Institute, the Mercatus Center, and Reason.

With the important exception of Tyler himself, I am hard-pressed to name any prominent libertarian thinker who has found success in recent years by focusing on state capacity. The most plausible exception that comes to my mind is Brink Lindsey, who unlike many of  his Niskanen Center colleagues, might still be considered a libertarian, at least in some important respects. His excellent and widely discussed 2017 book, The Captured Economy (coauthored with Steve Teles, who is not a libertarian), does indeed advocate a number of state capacity-focused reforms, which are combined with a more traditional libertarian emphasis on deregulation of licensing and zoning (I assessed the book's arguments here and here). I am not at all sure Lindsey would embrace the SCL label. But he may be the closest thing to an example of the phenomenon of "smart" libertarians moving in an SCL direction.

While I follow libertarian intellectual developments closely and know many people in the movement, I have to admit that Tyler knows more. Perhaps he can point to notable examples of libertarian SCL-ers whom I have missed. I would be happy to post any response to my argument that he cares to make. For the moment, however, the available evidence suggests that there is no significant outmigration from libertarianism, and that very few "smart" libertarians are adopting an SCL perspective.

The fact that SCL seems to have very few adherents—even by comparison with conventional libertarianism—doesn't mean SCL is wrong. Many, perhaps most, great ideas start out with very few supporters. In my next post on this issue, I will take up the question of whether libertarians should embrace SCL, regardless of whether any significant number have done so already.

UPDATE: The second post in this series is here.