I have blogged twice before about Ben Penn's false and misleading article for Bloomberg Law about my colleague, Leif Olson. One month later, the story remains without any retraction. There are several "updates" and "corrections" which make the article incomprehensible. Regrettably, people who Google "Leif Olson" will quickly see this hit job, without knowing the proper context. Penn has not tweeted since his "scoop." I can only hope he is under investigation, and will face the appropriate discipline. 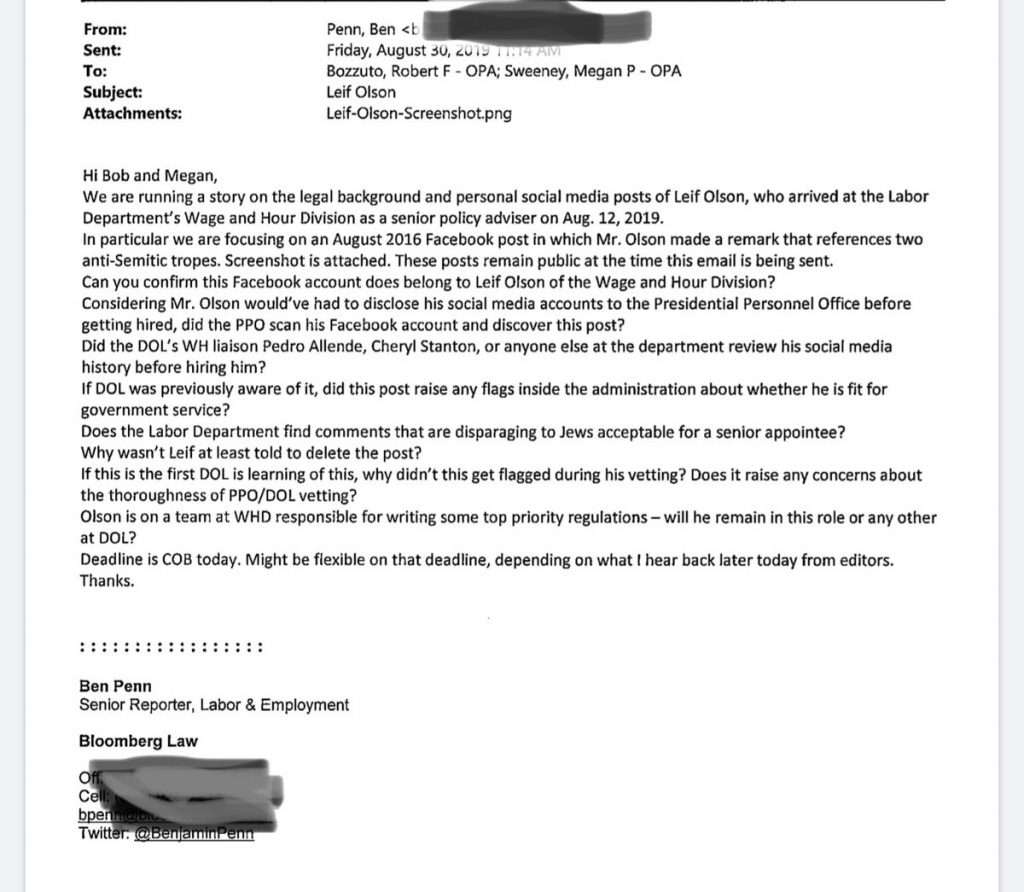 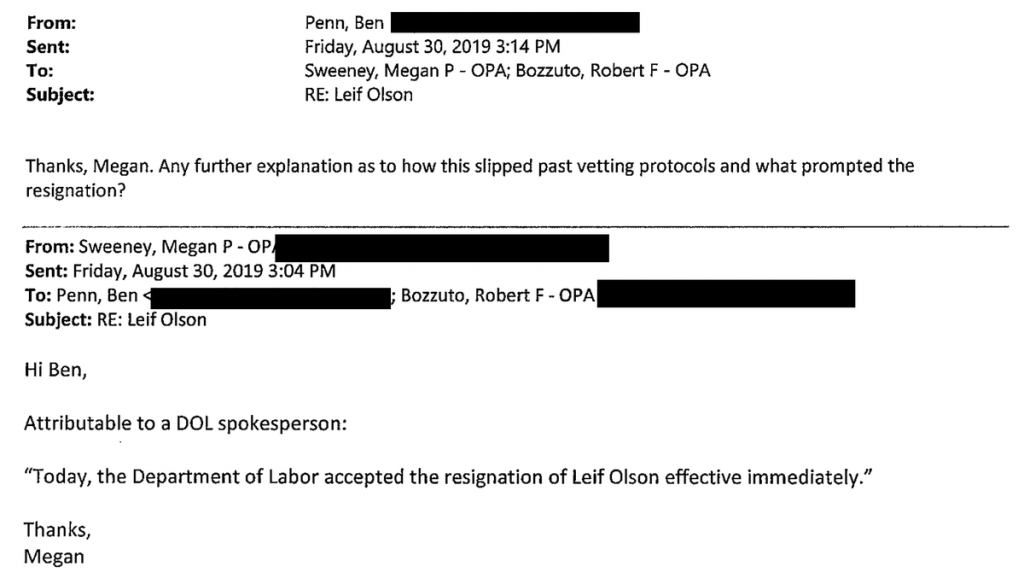