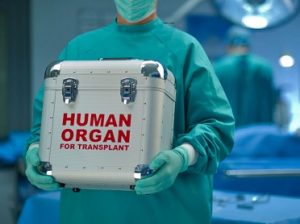 Every year, thousands of people in need of kidney transplants endure great suffering because there are not enough organs available to satisfy the demand.  They can survive—for a time—only by going through the difficult and time-consuming process of kidney dialysis A recent Canadian Broadcasting Corporation article effectively conveys the pain involved: