Emily Fields' three kids—a boy, age four, and two girls, ages 6 and 8—were playing outside. The Fields live in the quiet town of Pearisburg in rural western Virginia. It was there, on a May afternoon in 2021, that Fields' 4-year-old kicked a soccer ball across the road toward the neighbor's cat, which he avoided hitting.

The neighbors yelled at him and took his ball. But it didn't end there.

"My sister had actually been outside, watching them," says Fields, who homeschools her kids. By the time Fields got home, 15 minutes later, her kids and sister were inside. They told her what had happened. Fields walked her son to the neighbors' house to apologize.

"They began to scream and yell," says Fields. "They said that everyone in the neighborhood thought I was a horrible mother, and that my children abused animals, and they were going to call [child protective services] every day until my children were taken away."

CPS had also been called to the Fields home three years earlier, when someone reported the kids, then ages 2, 5, and 6, for playing outside while unsupervised.

Those are young ages, of course. But they were not unsupervised, according to Fields, who says she was watching them from the window. Every 10 or 15 minutes, she would pop outside to check on them.

"All around our house and the neighbors' houses is cleared land with few trees and no wells, cisterns, piles of rotting wood to harbor snakes, or anything that would present a true danger to them," says Fields.

She spent much of her own childhood outside and wanted that for her kids, too. "So I'd let them play in the backyard, and the [contiguous] backyard of a neighbor who's amenable to that," she says.

But one day in 2018, when she and her kids came home from a nature walk, they found two CPS workers parked in the driveway. Fields let them inside the house, where they checked to make sure there was food inside the refrigerator and that nothing else was out of place. Then they told her that the children needed to be supervised at all times, until they turned 13 years old.

A few weeks later, Fields called CPS to find out if she was being formally charged with neglect and learned that her case had never officially been opened. That was the end of the matter—until 2021. 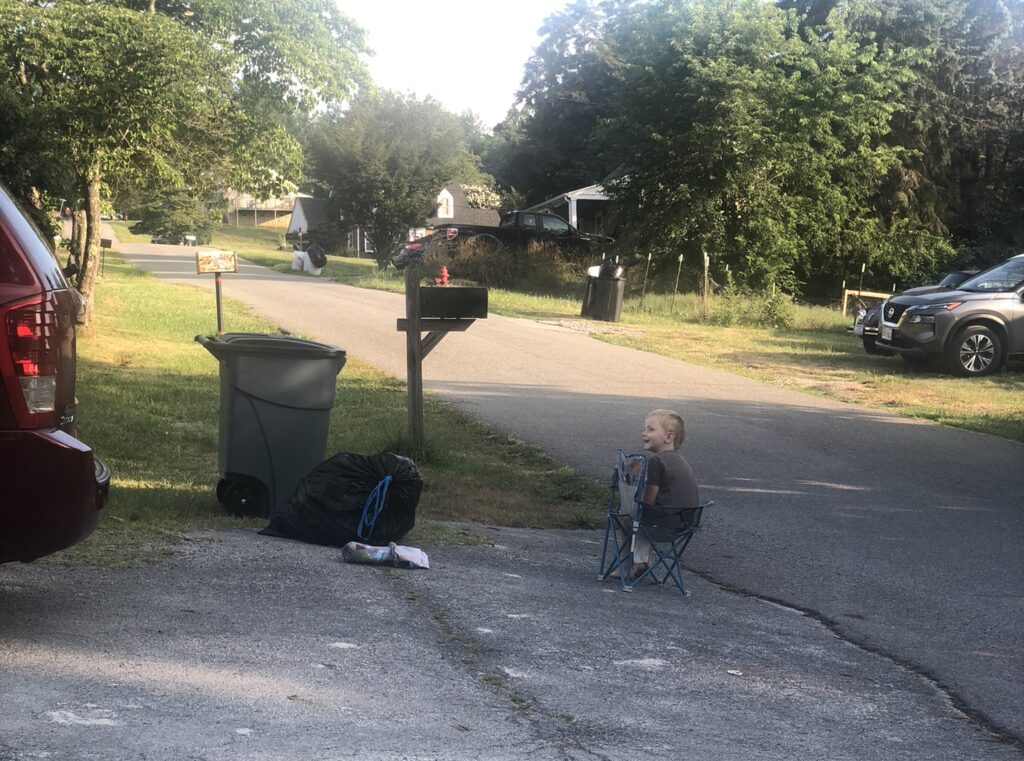 To investigate the ball-that-didn't-hit-the-cat incident, two CPS workers—one from the previous call, one new one—came to the house. Fields' husband and sister were there, along with the three kids, so "all six of us took this meeting," says Fields.

The CPS workers accused the Fields of inadequately supervising their kids, insisting that they be monitored at all times. They also explained that a third caseworker—who lives in the neighborhood—had seen the children knocking on people's doors a month earlier, during Easter, asking to come inside neighbors' houses.

According to Fields, her kids "had come up with one of those plans that kids come up with to get rich." They asked to fill Easter eggs with candy and try to sell them door to door. Fields had allowed this, she says, on condition that they stick to the 13 houses on their own street.

"At no point were they out of my sight," she says. "And at no point did they go inside."

One of the doors, however, was the caseworker's.

Feeling a bit blindsided, the Fields family did not protest when CPS presented them with a piece of paper—a so-called safety plan—to sign. It read in its entirety:

Initial report related to child safety: Children not being supervised at all times when out doors. One child is mean to animals.

Summary of safety factors identified and any protective capacities that mitigate the safety concerns: Inadequate supervision.

Caretakers' actions/referrals/safety plan: Emily, Sophie [Fields' sister], and Gary agree to supervise the children at all times when playing outside.

Worker plans/actions: If safety plan is violated, a protective order will be filed.

In other words, if the Fields ever again let their kids play outside, unsupervised, they might have their kids taken away, or at least face some sort of legal battle.

They signed the plan.

Diane Redleaf, a long-time family defense lawyer, has seen cases like Fields' many times. It all boils down to "amorphous neglect laws," she says. The law often says that children must be properly supervised, but fails to define properly.

"This transfers the decision-making over something as basic as when children can play together in a neighbor's yard to the state's child welfare authorities," says Redleaf. The families' right to raise their kids as they see fit is being eroded. 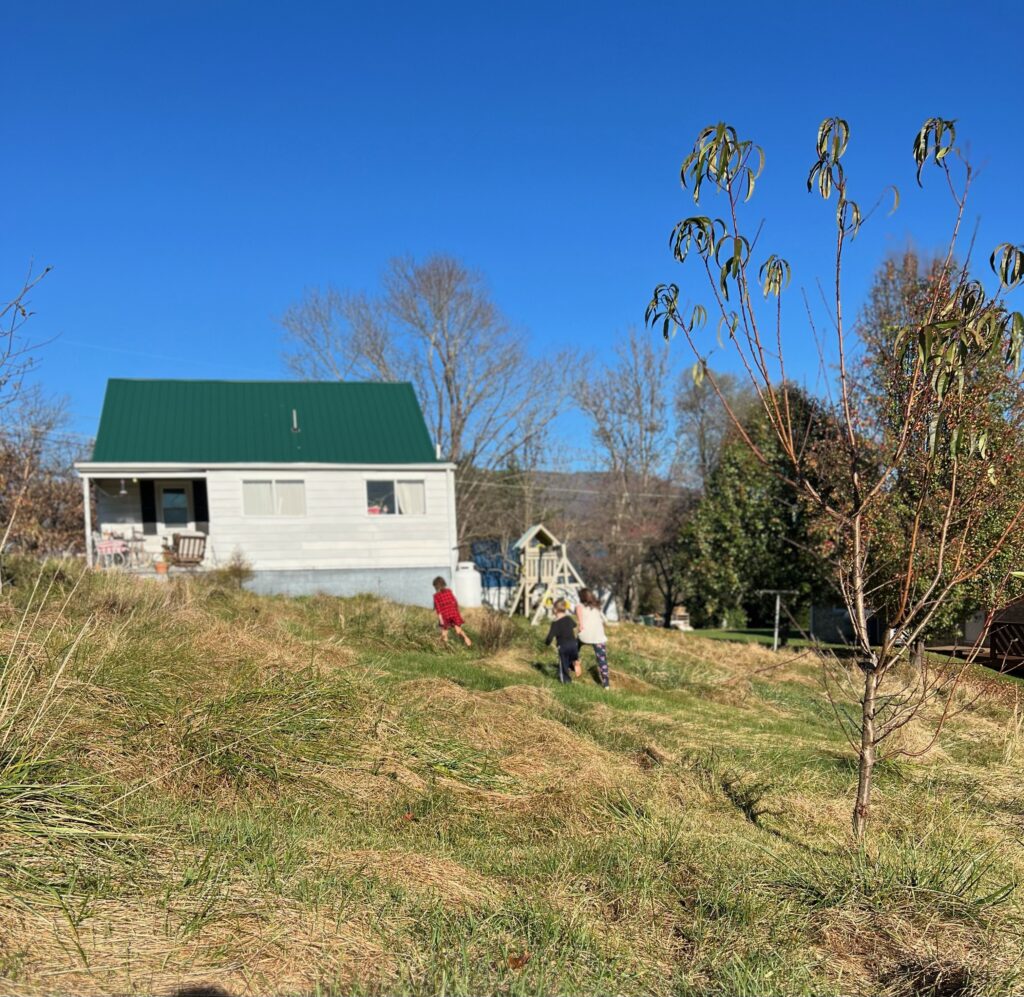 Let Grow, the nonprofit I run, agrees. We are working in Virginia as well as a handful of other states this year—Connecticut, Michigan, and Nebraska—to pass Reasonable Childhood Independence laws, as we have in four states to date. These laws say neglect is when you put your child in serious and likely danger, not any time you take your eyes off them.

A month after signing their safety plan, the Fields received notice by mail that their case had been closed, as the agency had assessed the Fields as merely a "moderate risk" to their children.

Does that mean they can let their kids, now ages 6, 8, and 9, play in their own yard without risking an investigation, placement on a child neglect registry, or an even worse fate? They have no idea.

The Giles County Department of Social Services did not respond to a request for comment.

A 2019 court ruling has begun to force Dutch farmers out of business—by design.

Will a petition from a physician bring the USDA to its senses?