Working outside when temperatures soar above 100 degrees Fahrenheit can be dangerous for your health, notes The Washington Post in an article today. And that is completely correct, and it's definitely worthwhile reminding readers of that fact. To illustrate the health dangers of excessive heat, the article focuses on the plights of migrant landscape workers and homeless people in Las Vegas, a city that has recently experienced record high temperatures. And exposure to excessive heat is not only deadly to people; as many as 10,000 cows may have died of heat stress as temperatures rose earlier this week in Kansas.

However, the article asserts that "extreme heat is already the deadliest type of weather disaster in the country." The article does cite a recent study that found that deaths from excessive heat in Las Vegas have been increasing. On the other hand, a January 2021 study in Weather, Climate, and Society (WCS), which looked at national heat mortality trends based on data from the 107 largest cities in the U.S., reported that the relative risk of dying from heat exposure has been falling in most regions since 1975. 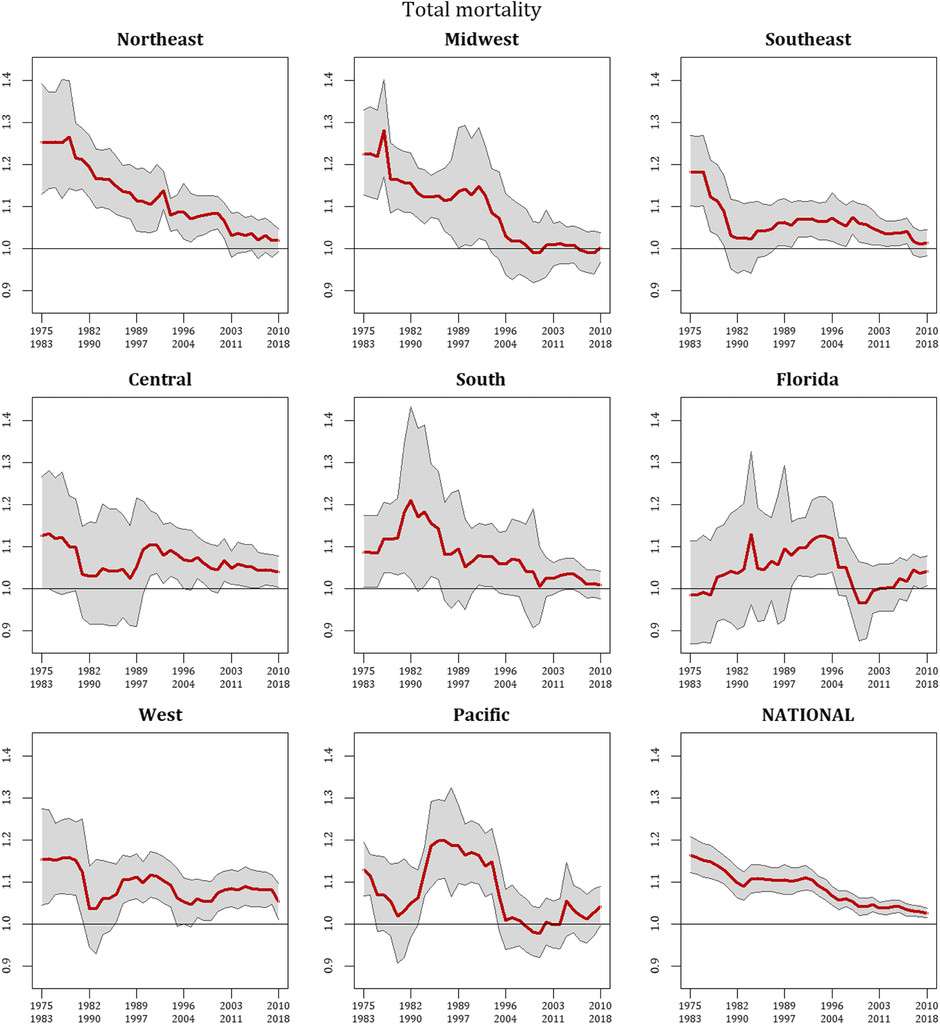 The WCS study also finds that the fraction of Americans dying annually from heat exposure has also been trending down since 1975.

Is extreme heat the deadliest type of weather disaster? Under its climate change indicators, the U.S. Environmental Protection Agency (EPA) reports that the rate of heat-related deaths (orange line) has recently bounced between one and two per 1 million annually. 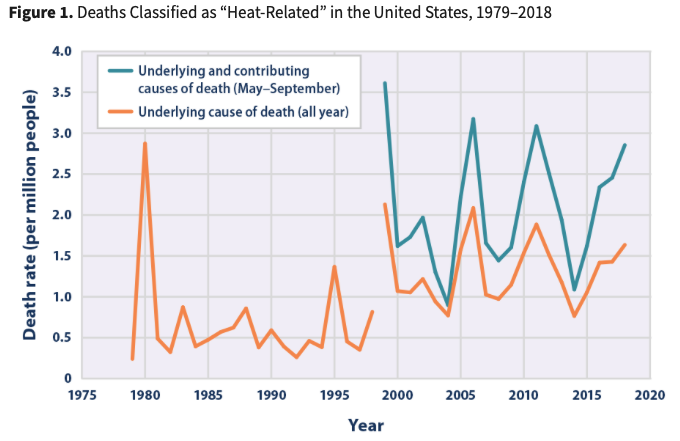 In comparison, the EPA reports that the rate of cold-related deaths has been generally higher. 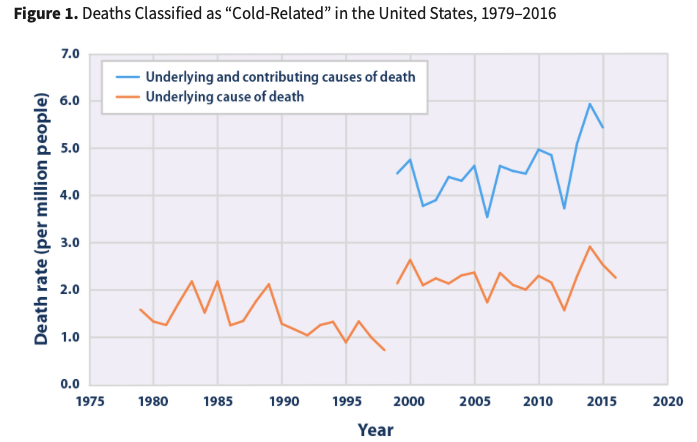 In its article, the Post notes almost in passing that "climate change, driven by the burning of fossil fuels, [is making] heat waves more frequent and more intense." The WCS study reported that what it defined as extreme-heat-event (EHE) days have been increasing since 1975. 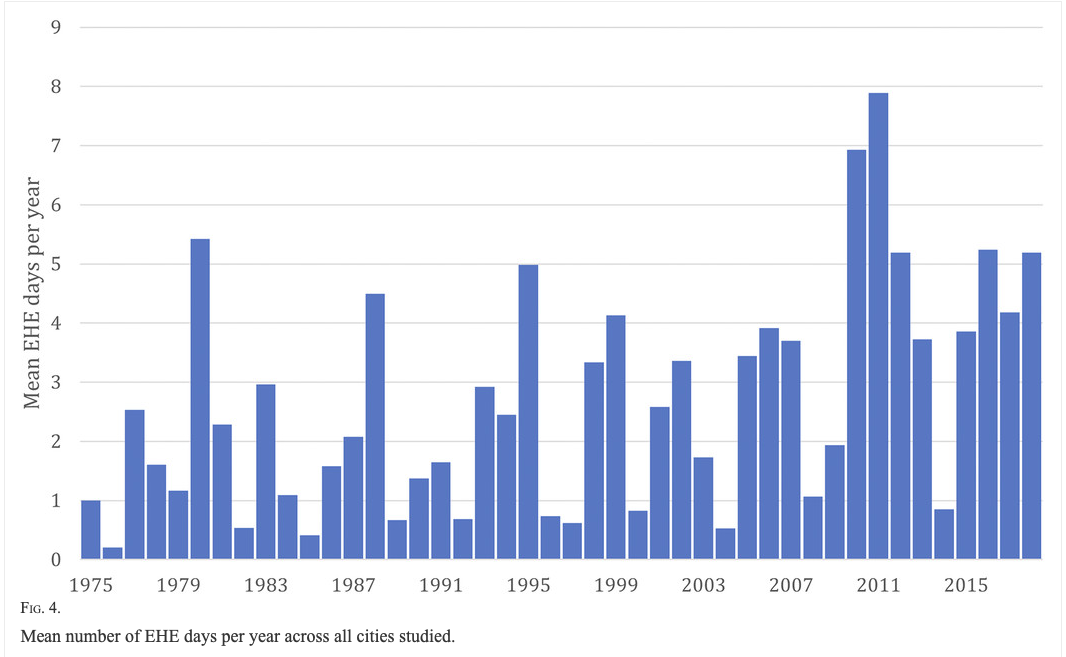 On the other hand, a longer-term view from the most recent U.S. National Climate Assessment report finds that while the frequency of heat waves has been increasing since the 1960s, they were more common and fiercer during the first third of the 20th century. 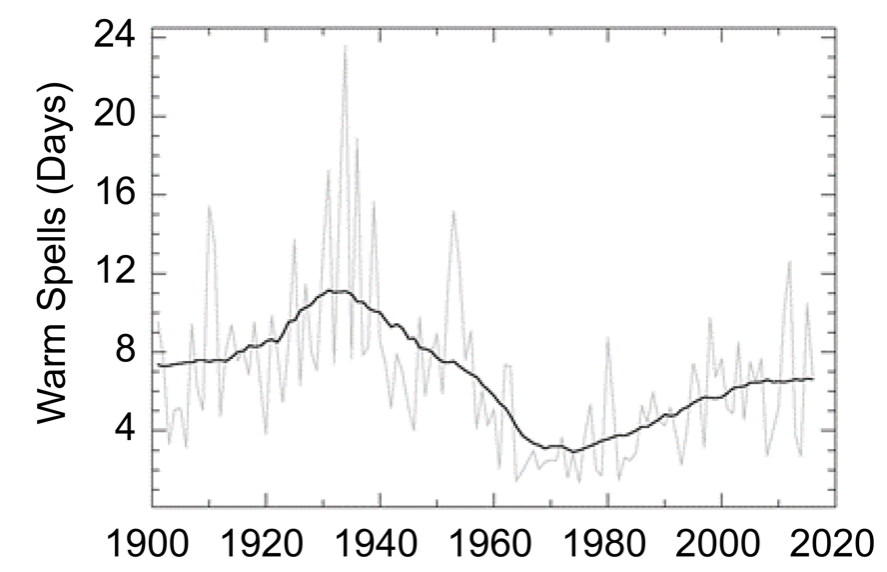 "It is true that if analysis of data begins in the 1960s, then an increase in heat waves can be shown. However, if the data analyses begins before the 1930s then there is no upwards trend, and a case can even be made for a decline. It is a fertile field for cherry pickers," observes University of Colorado climate policy researcher Roger Pielke Jr. over at his invaluable Honest Broker Substack. Pielke does note that ongoing man-made climate change will tend to make future heat waves more frequent and last longer.

Nevertheless, the WCS study notes that there has been "an overall flattening in trends nationally over the last decade" with respect to U.S. heat mortality. That study noted that cities like Las Vegas where the numbers of immigrant laborers and homeless people are rising are also where heat death trends are reversing.