If you thought Democratic politicians were moving unusually fast this month to dismantle the same COVID-19 restrictions they spent two years erecting, just wait until they fully absorb the reality of yesterday's historic landslide recall of three supervisors from the San Francisco Unified School District (SFUSD), largely over the issue of extended pandemic school closures.

"We made history," recall co-organizer and SFUSD parent Siva Raj told me shortly after the results came in. "This is the first time in a long time that the people of San Francisco have had a victory. That's what this is—it is 'The People: 3, Politicians: 0.'" Added Raj's partner and co-organizer Autumn Looijen: "It's a victory for competence, and for doing your job." 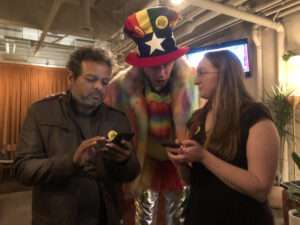 The competence angle was clearly resonant in a city long on progressive rhetoric, short these days on tangible results.

"The voters of this City have delivered a clear message that the School Board must focus on the essentials of delivering a well-run school system above all else," Mayor London Breed, who backed the recall (including of one board member she had personally appointed), said Tuesday night in a statement. "San Francisco is a city that believes in the value of big ideas, but those ideas must be built on the foundation of a government that does the essentials well."

The recall had its roots in a series of decisions that the SFUSD did and did not make in January and February 2021. The Board of Education had, the previous fall, set January 25, 2021 as the day to finally reopen a school system that had been fully closed since March 2020. But it then failed to hammer out a reopening agreement with the local teachers union (which, like teachers unions in many Democrat-dominated cities and states, persistently used its considerable local political leverage to delay school reopening long after most Republican-governed polities had gotten back to normal).

It was against this backdrop, with anguished public school parents pulling their hair out over the personal disruption, learning loss, and social dysfunction that comes with extended remote learning, that the SFUSD board made the fateful decision to rename 44 of its schools that still weren't open, on the ground that those names—including George Washington, Abraham Lincoln, Thomas Jefferson, John Muir, Paul Revere, and Dianne Feinstein—were too culturally insensitive and/or unrepresentative.

"It was like you have this house on fire, and they're basically painting the front door," Looijen told me Monday.

The renaming decision was quickly scuttled after international ridicule. (López did not help her cause, then or now, by submitting herself to the Isaac Chotiner interview treatment at The New Yorker, where, when serially confronted by a myriad of stupid factual errors the board had based its original renaming on, offered up this buzzword salad: "The people who have contributed to this process are also part of a community that is taking it as seriously as we would want them to. And they're contributing through diverse perspectives and experiences that are often not included, and that we need to acknowledge.")

Yet most San Francisco public middle schools and high schools remained closed throughout the first half of 2021, even as private schools all around them, and public schools in much of the Bay Area, were open.

"I was comparing…roughly similar, top-10, top-25 school districts, and it shocked me to see that San Francisco was the only school district that was so far behind on reopening," Raj said Monday. "We were all virtual, in fact, whereas so many other school districts with higher rate of COVID prevalence were open. We had the lowest COVID prevalence across all these cities, and yet we were the furthest behind in terms of reopening schools."

San Francisco now becomes the third major political shock nationwide generated by pissed-off K-12 parents seeking revenge on Democratic politicians who helped keep schools closed. First there was the upset victory last November of relatively unknown gubernatorial candidate Glenn Youngkin over frontrunner Terry McAuliffe in (recently) reliably Democratic Virginia, then came the near-miss reelection that same day of New Jersey Gov. Phil Murphy (who since has become the leading Democratic proponent of loosening statewide COVID restrictions, including in schools). As Reason's Eric Boehm wrote Monday, "For once, we can be thankful that another election season is already upon us since politics is the last realm where the pandemic is dominating decision making."

The local villains in San Francisco's school/COVID governance are almost too cartoonish to be believed. Collins, who deservedly led the field in voter rebuke (with 79 percent of the vote choosing to fire), has at various points euphemized COVID-era learning loss as "learning change," characterized Asian Americans who were insufficiently anti-Trump as "house n****r," and then, when rebuked by the SFUSD board for such racism, filed a bizarre $87 million lawsuit against her own Board of Education that was dismissed by an incredulous judge as lacking any supportive facts, though in the process it cost the very district she represents nearly $200,000 in legal fees.

Collins, a definitional elite (her husband is one of the city's most successful real estate developers; the two live in a Russian Hill complex valued in 2019 at $3.2 million), has refused at every step to apologize for her school-closing record. "I'm actually really proud of my work on the board," she said last month to the San Francisco Examiner, which (like the San Francisco Chronicle) enthusiastically endorsed her ouster.

"People want us to say we were wrong, we regret doing what we did, we're sorry," López said similarly on a recent Latina Latino Latinx News podcast. "That will never be something I will do."

In an unintentionally remarkable pre-election series of written responses to the Chronicle, the recall targets were alternately defiant (López: "I believe we were able to open schools for our priority students as soon as it was safe to do so"), delusional (Collins: "I filed the lawsuit because I needed to protect myself, my family, the work of the Board of Education. My position on the board and my right to free speech were affirmed"), and incoherent (Molinga: "Being the first Pacific Islander on the school board and elected in the city, I've taken up the charge of making sure the foundational pieces in place so that we can begin to see improvement in classrooms for Pacific Islanders").

Parents and other governance-consumers coming face-to-face for the first time with the local political class because of the pandemic could be forgiven for wondering if they'd stumbled onto some strange new language. "I also have set up several protocols that truly center our students," López wrote. "Across the country," Collins claimed, "we are seeing a dramatic increase in attacks on public educators and school board members who are advancing COVID safety and racial justice in schools."

One of the most definitive conclusions about the recall is that the "blame Donald Trump" strategy just will not work anymore for embattled Democratic politicians. Yes, it helped Newsom survive his recall last September, but it backfired on McAuliffe and proved to be an exploding cigar in San Francisco. When asked by the Chronicle why she should not be recalled, Collins immediately replied: "People need to follow the money and see that billionaires are coming in and trying to dictate how we should do democracy." So much for that.

Mayor London Breed will now appoint the three new SFUSD board members to replace the recalled incumbents. Much of the city's focus is already turning to the next recall election, that of controversial District Attorney Chesa Boudin. There is a palpable feeling that the aggressive, abstract, race-based jargon of progressive elites will no longer suffice in even Democratic places where voters have become motivated to act on the very many governing shortfalls visible to the naked eye.

"I've always thought of myself as progressive, but I don't use that label anymore to describe myself," Raj told me Monday. "Because when I see the people who call themselves progressive, and I especially see the elected leaders calling themselves progressive, they don't seem to stand for any of the values that I believe what progressive should be. It is not progressive to stand back and do nothing while the most underprivileged kids in our city have struggled and suffered the most….It is not progressive to put your own political career above the interest of the people you're supposed to serve. That is not progressive. All that I can see is that the movement that perhaps started with a lot of idealists in the '60s and the '70s and '80s, is now filled with opportunists who only care about using progressive language to advance their careers, but have no interest, no desire, to actually solve the real problems that our kids are facing today."