South African researchers are reporting the rapid emergence of a highly mutated new COVID-19 coronavirus variant, B.1.1.529. The World Health Organization will likely assign  it the Greek letter  Omicron* as its more general identifier. Among other changes, the  Omicron variant features 30 modifications to its spike protein that the virus uses as a key to enter and infect human cells.

Director of South Africa's Centre for Epidemic Response & Innovation Tulio de Oliveira notes over on Twitter that "this new variant, B.1.1.529 seems to spread very quick! In less than 2 weeks now dominates all infections following a devastating Delta wave in South Africa (Blue new variant, now at 75% of last genomes and soon to reach 100%)." 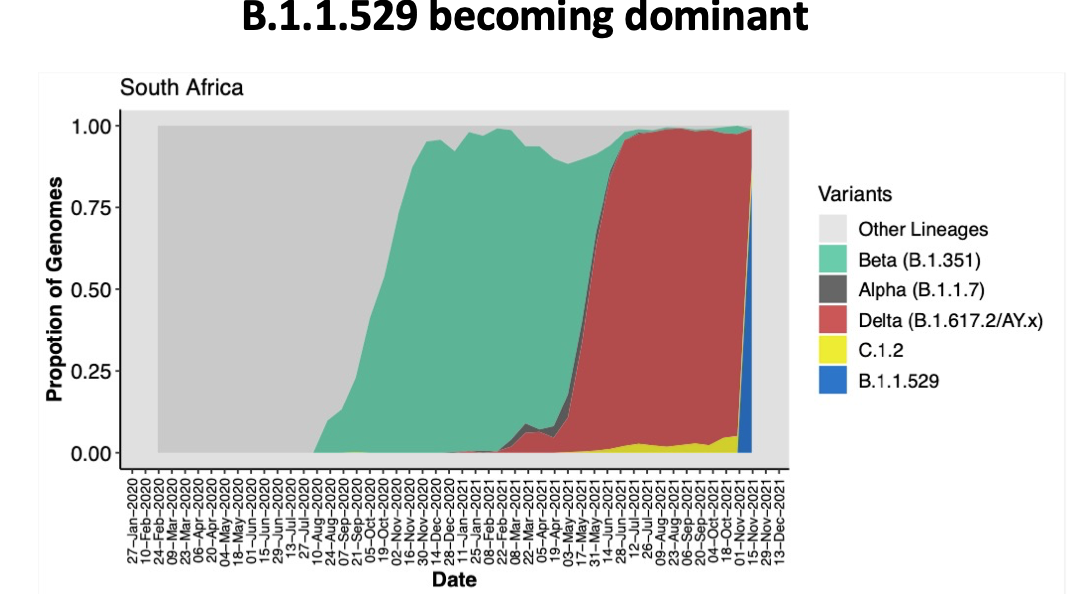 Just how infectious and dangerous the  Omicron variant may be is not known at this time. However, a preliminary analysis by researchers at the Network for Genomic Surveillance - South Africa suggests that many of the mutations could enhance the transmissibility of the new variant. 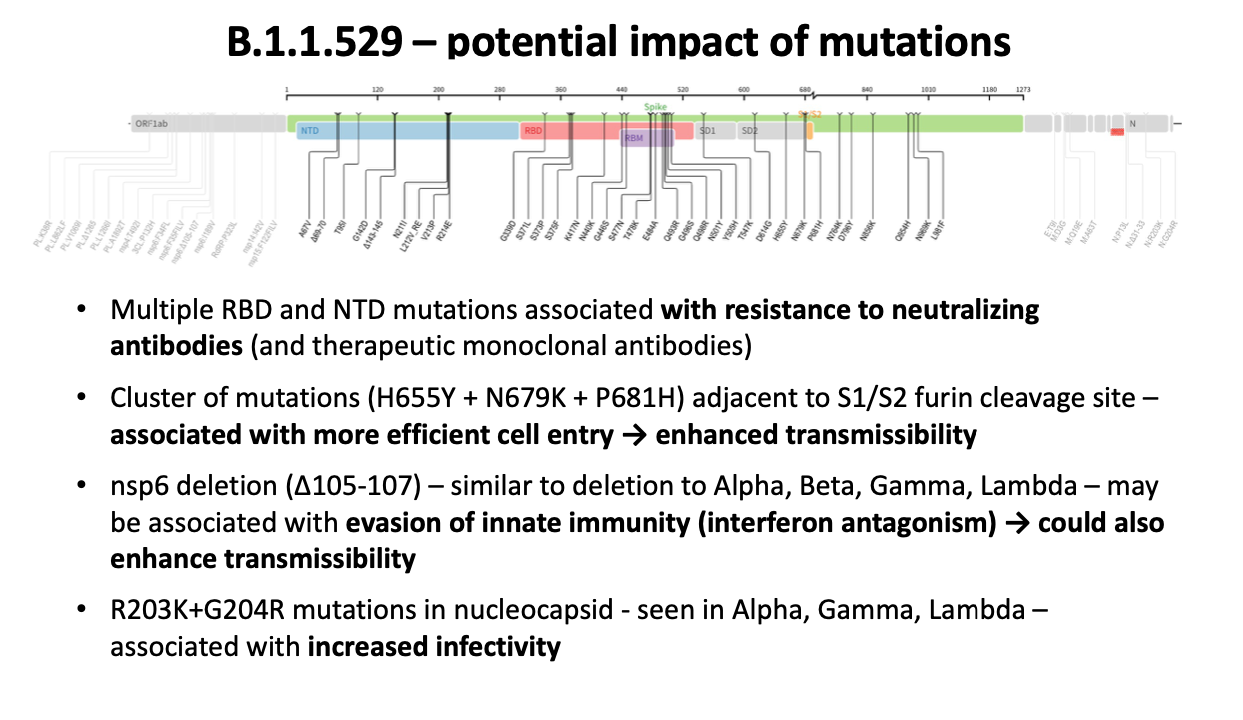 On the other hand, Baylor College of Medicine virologist Peter Hotez over on Twitter cautions:

Although many countries are closing their borders to travelers from South Africa, the  Omicron variant has already been detected in Israel, Hong Kong, and Belgium. Spooked by the new variant stock market averages around world fell steeply.

*Update: The World Health Organization (WHO) skipped over Nu to name the variant Omicron. The WHO also noted:

This variant has a large number of mutations, some of which are concerning. Preliminary evidence suggests an increased risk of reinfection with this variant, as compared to other VOCs. The number of cases of this variant appears to be increasing in almost all provinces in South Africa. Current SARS-CoV-2 PCR diagnostics continue to detect this variant. Several labs have indicated that for one widely used PCR test, one of the three target genes is not detected (called S gene dropout or S gene target failure) and this test can therefore be used as marker for this variant, pending sequencing confirmation. Using this approach, this variant has been detected at faster rates than previous surges in infection, suggesting that this variant may have a growth advantage.