In Star Trek VI: The Undiscovered Country, the only obstacle to peace is the forces that would profit from war.

From its inception in the 1960s, Gene Roddenberry's Star Trek had always been a thinly veiled Cold War metaphor, with alien Klingons acting as stand-ins for the Soviet empire, and with the Federation that the show's heroes belonged to an obvious match for the Western democratic world. But The Undiscovered Country expanded on that metaphor, resulting in a high point for the franchise and a picture that still feels relevant today.

Released in the winter of 1991, the movie tells the story of how the Klingon empire collapsed, due to mismanagement, resource shortages, and a cultural emphasis on preserving appearances to outsiders—even when doing so was disastrous to citizens. The movie opens with the explosion of a Klingon mining moon and environmental despoliation on the Klingon homeworld. With the perpetual war footing the Klingons had maintained vis-à-vis the Federation no longer viable, the Soviet stand-ins decide to pursue peace.

Yet even as diplomats negotiate a treaty, hardliners inside the military-industrial complexes of both empires work to keep the conflict going, sometimes even secretly collaborating toward that end. The Undiscovered Country is a story of how damnably hard it is to close out a war, even when majorities on both sides want to see its end. 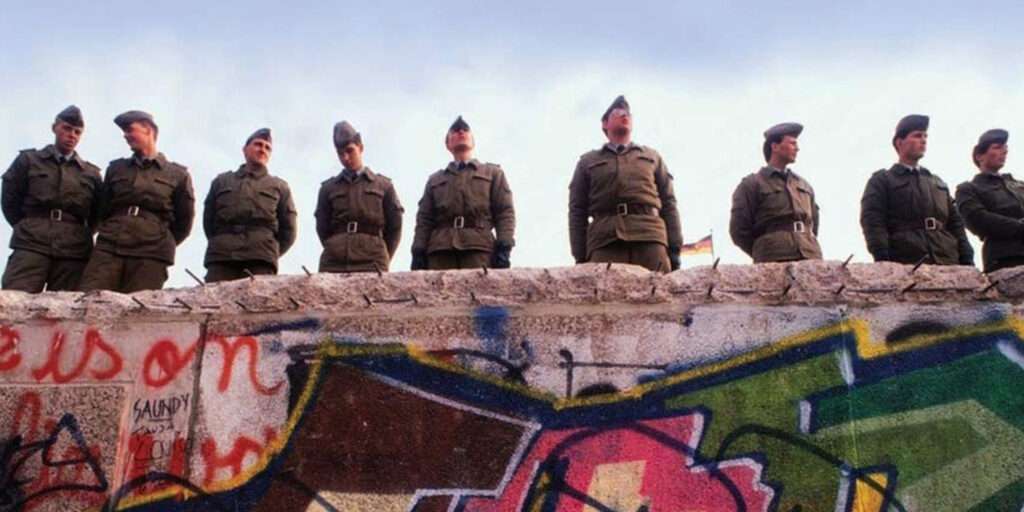 When the Berlin Wall fell in November 1989, the secrets of East Germany began to trickle into the West. Key among them were the horrors perpetrated by the German Democratic Republic (GDR) Ministry for State Security, known as the Stasi, which kept the nation under a punitive eye and helped the socialist regime cling to power.

Australian author Anna Funder's Stasiland was published in 2002, more than a decade after the GDR ceased to exist. But the story she told involved a nation still recovering from a government that terrorized its citizens—and convinced them to terrorize each other.

The Stasi relied on 97,000 employees and over 173,000 civilian informers to maintain its inescapable surveillance network—possibly one informer for every 6.5 citizens, if part-time collaborators are included. There were many incentives to participate in this system. Dissidents were barred from jobs, imprisoned, and tortured.

Stasiland deftly explores the East German surveillance system, but what lingers with the reader are the human stories of the nation's captive citizens. There's the widow who seeks to uncover how her beloved husband truly died in a state prison, his suspicious death dubbed a suicide; the former Stasi agent who believes to his core that the socialist regime will rise again; the East Germans who have a gnawing feeling that they do not belong in the new Germany.

Funder avoids treating the story of the GDR as a horror story with a tidy ending. Reflecting on East Germany requires seeing the damage done as wounds that need to be looked after, not just remembered as scars of a distant past. Modern German citizens continue to carry the weight of decades of state-imposed antagonism and mistrust. 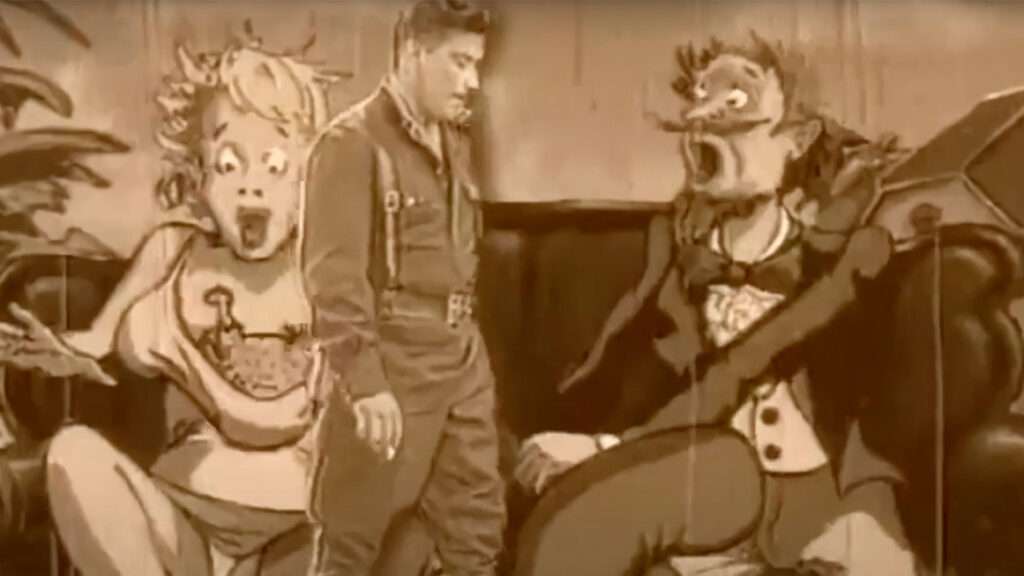 A machine gun detaches Alaska from North America. A crowd marches beneath portraits of Lenin and Stalin. A leering Uncle Sam peers down a girl's dress. Soldiers dance. Fragments of Soviet propaganda films flicker by. At one point, for some reason, a fish pops out of a wall. The whole sequence is rendered in that part-photographed, part-animated style that was the rage in the early '90s.

So goes the surreal video for "Don't Fool Around, America," a hit for the Russian band Lyube in 1992. The song—half rock, half Slavic folk music—calls on the U.S. to give Alaska back to Moscow. "We have a lot of red fabric/We'll sew shirts for all of you, brothers," they sing. (Or something like that: I'm relying on a sketchy online translation here.) "Siberia and Alaska are two similar shores/Bathhouse, vodka, accordion, and salmon."

It's a joke, of course—though given when it came out, just a year after the USSR dissolved, you might suspect there was a hint of imperial nostalgia to it too. After all, the Russians have been doing the kidding-not-kidding thing since America was in its crib. In 2014, as Moscow and Washington were at loggerheads over Ukraine, our Russian hosts played an instrumental version of the song at the closing ceremony of the Sochi Olympics. Ha ha? 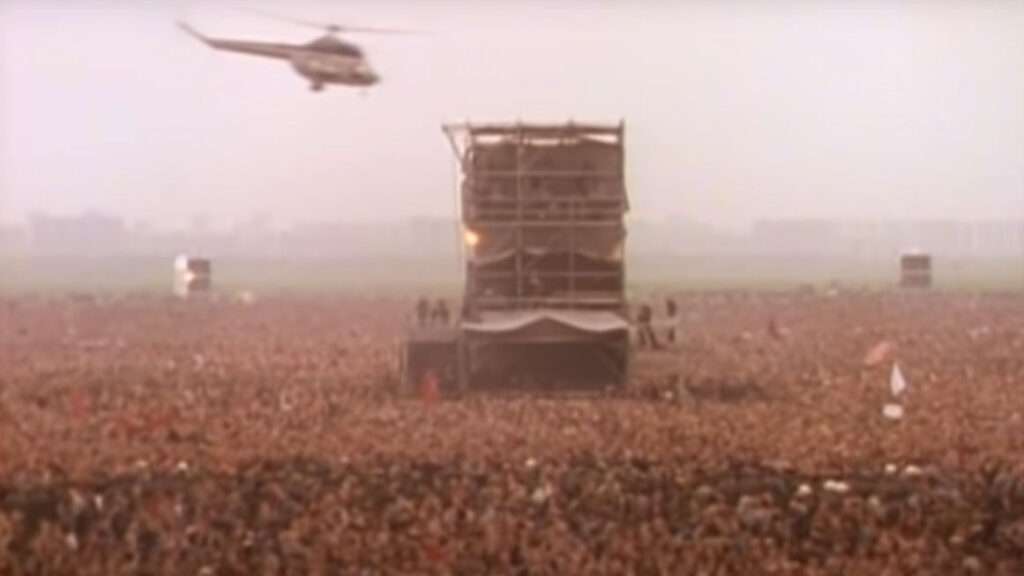 For Those About to Rock: Monsters in Moscow

The USSR ended not with a bang but with some very loud guitars. That's the impression one gets from For Those About to Rock: Monsters in Moscow, a 1992 documentary covering the massive 1.5-million-person heavy metal concert that took place at the city's Tushino Airfield just three months before the Soviet Union formally dissolved.

The scale and aesthetics of the event make the film worth watching, even for folks who wouldn't normally sit through 90 minutes of Pantera, Metallica, and AC/DC performances. One can't help but be wowed seeing a million moshing Muscovites drinking openly from vodka bottles while military helicopters buzz ominously overhead.

Pantera frontman Phil Anselmo sums up the scene pretty well. "Everyone has aggression," he says over footage of a police officer flexing a rubber truncheon. "There's no better music to let off a little steam to."

Still, some people letting off steam are more benign than others, and this film's revelations about authorities' attitudes toward their citizens at a fraught, pivotal moment in Russian history add to the doc's historical heft. In August 1991, a failed coup attempt against liberalizing Soviet leader Mikhail Gorbachev saw vicious street clashes between protestors and police; the emotional aftermath of that was not over when the concert happened a month later. The film shows organizers repeatedly urging everyone to remain peaceful and enjoy their "victory" while cops and fans beat each other bloody.

Watching police, supposedly there to keep order, either charge into the crowd or strip off their uniforms to rock out, one gets a real sense of Russia's coming disintegration from unified power into chaotic authoritarianism. 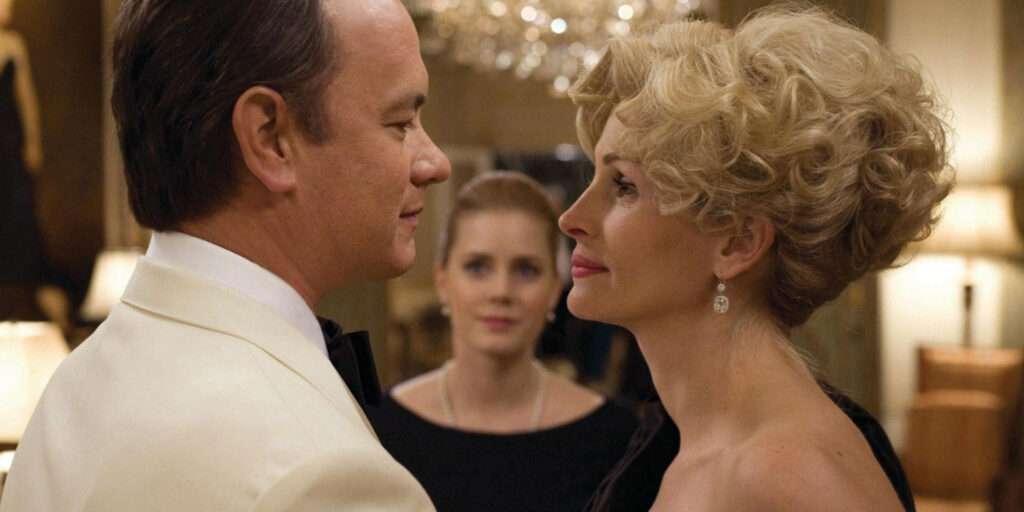 The 2007 film Charlie Wilson's War suffers from a storytelling flaw: It's a little too true to life. On the one hand, Operation Cyclone—a covert U.S. program to arm Afghanistan's mujahedin against their Soviet occupiers during the 1980s—resulted in many dead communists and the withdrawal of the Red Army. On the other hand, the country immediately descended into a brutal civil war, out of which the Taliban eventually emerged.

Providing military aid to the USSR's Third World foes was a significant component of President Ronald Reagan's Cold War strategy. As Charlie Wilson shows, the short-term payoff could be high. A reasonable case can be made that it succeeded at hastening the end of the Evil Empire.

But the movie also acknowledges that the long-run consequences of meddling in other people's conflicts can't be controlled. As Tom Hanks (playing the late Rep. Charlie Wilson, a Texas Democrat and early champion of the program) says of America's foreign interventions, "that ball keeps on bouncing."

The film's ambivalence might be good history, yet it risks leaving viewers longing for something to cheer for at the end—and reminding them that, outside of Hollywood, such stories frequently have no true end. 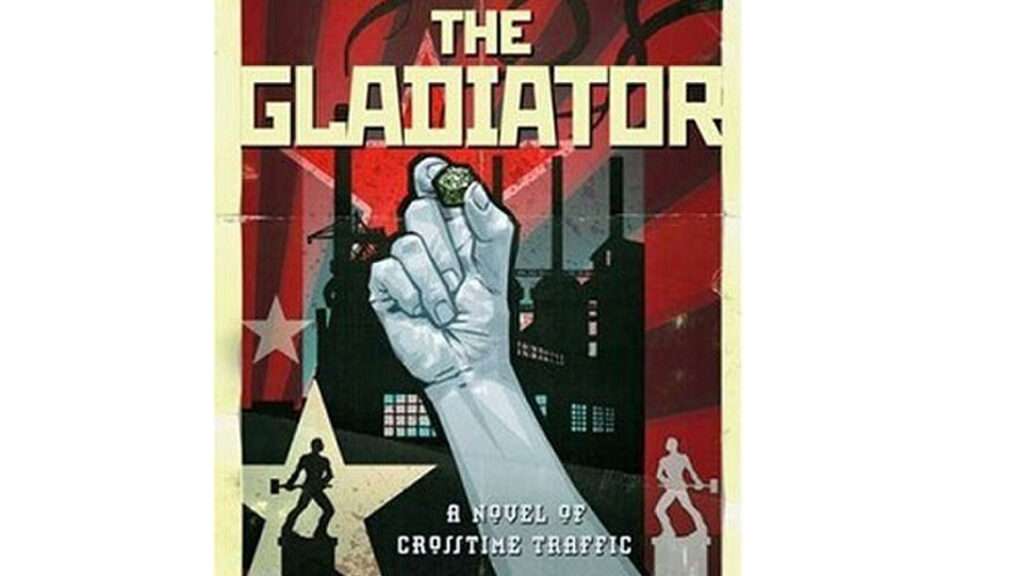 What if the Soviet Union won the Cold War and American-style capitalism was all but wiped out? That's the premise of alt-history master Harry Turtledove's The Gladiator. Published in 2007, his Prometheus Award–winning novel places the fulcrum of its dark timeline somewhere around the Cuban Missile Crisis, setting up a communist cascade across Latin America, Asia, and Europe.

The book is part of Turtledove's Crosstime Traffic series, in which economically meddlesome chrononauts pop in and out of various parallel universes. In The Gladiator, they function as a time-traveling Nockian Remnant, guardians of markets in the multiverse.

The young protagonists are languishing in shared squalor in Italy when they encounter a board game about railroads and free enterprise in a gaming shop secretly run by visitors from a parallel universe—an idea perfectly calibrated for the intended audience of teens who love a good dystopia but may not have any memories of the battle with communism in our own timeline. 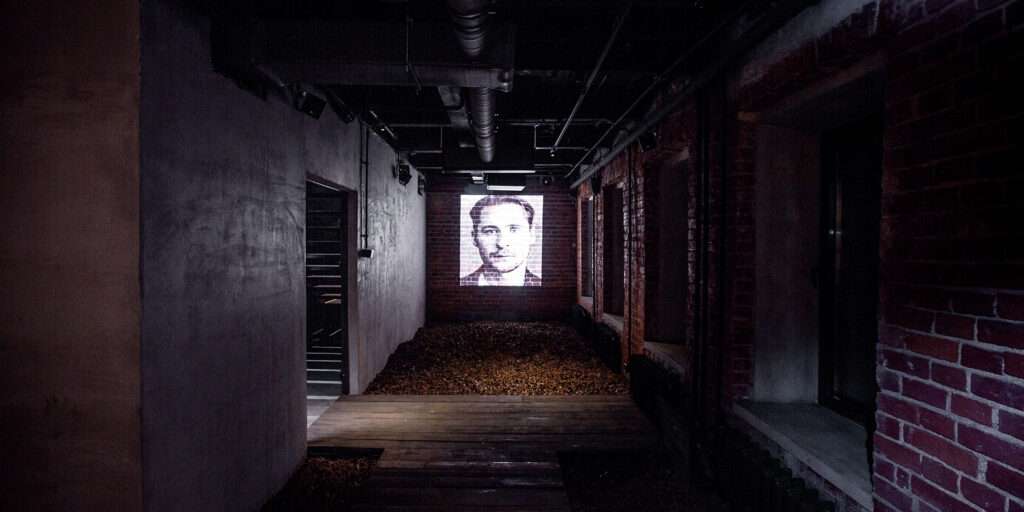 The Gulag History Museum, located just outside the Garden Ring Road in Moscow, somberly memorializes the 15 million to 18 million Soviet citizens imprisoned and 1.5 million murdered by the communist regime in the vast system of forced labor camps known as the gulag. Gulag is a Russian acronym for Chief Administration of Corrective Labor Camps and Colonies. The system's 300 prisons and 1,700 prison colonies were closed only after dictator Josef Stalin's death in 1953.

The now-defunct Soviet Union would certainly never have allowed the creation of a museum as "a center for studying, comprehending, and openly discussing the history of mass repression in the USSR." For visitors, a collection of battered iron and wooden cell doors powerfully evokes the brutality of communism. Other artifacts include the crude tools with which prisoners were forced to labor and their ragged uniforms and thin-soled shoes, inadequate to protect against Russian winters.

The museum unfolds painful stories of various individual prisoners and their families through photographs, documents, and interactive video displays. Visitors can even listen to recordings in which Gulag survivors directly relate their unjust imprisonment and grim lives in the camps. Most of the information is translated into English. That's apt, as the mentalities that led to this systematized oppression are not restricted to one nation or one people.