The latest Centers for Disease Control and Prevention data suggest that America's summer COVID-19 surge may have peaked. Back in late June, the seven-day average of cases stood at just 12,000, but this ramped up more than 12-fold to 160,000 by early September. The seven-day average is just under 130,000 now. 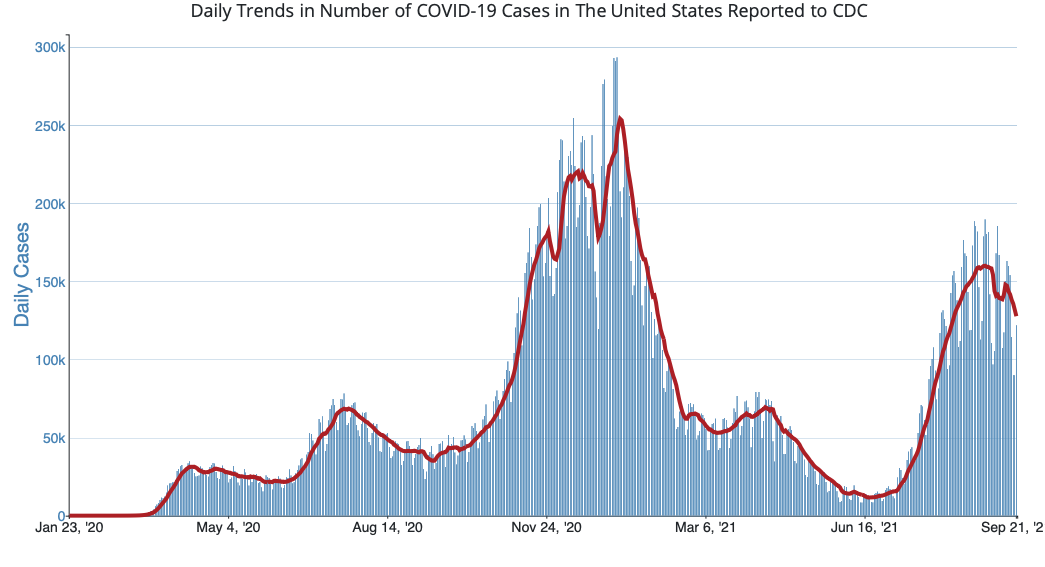 Will COVID-19 cases and deaths surge again this winter? The combined just-released results of 9 models applied to four different scenarios at COVID-19 Modeling Hub project that diagnosed cases could—using the projections of the more hopeful models—drop to around 9,000 cases per day by March. The scenarios range from the most hopeful, with childhood COVID-19 vaccinations and no new viral variant, to one with no child vaccinations and a new variant. 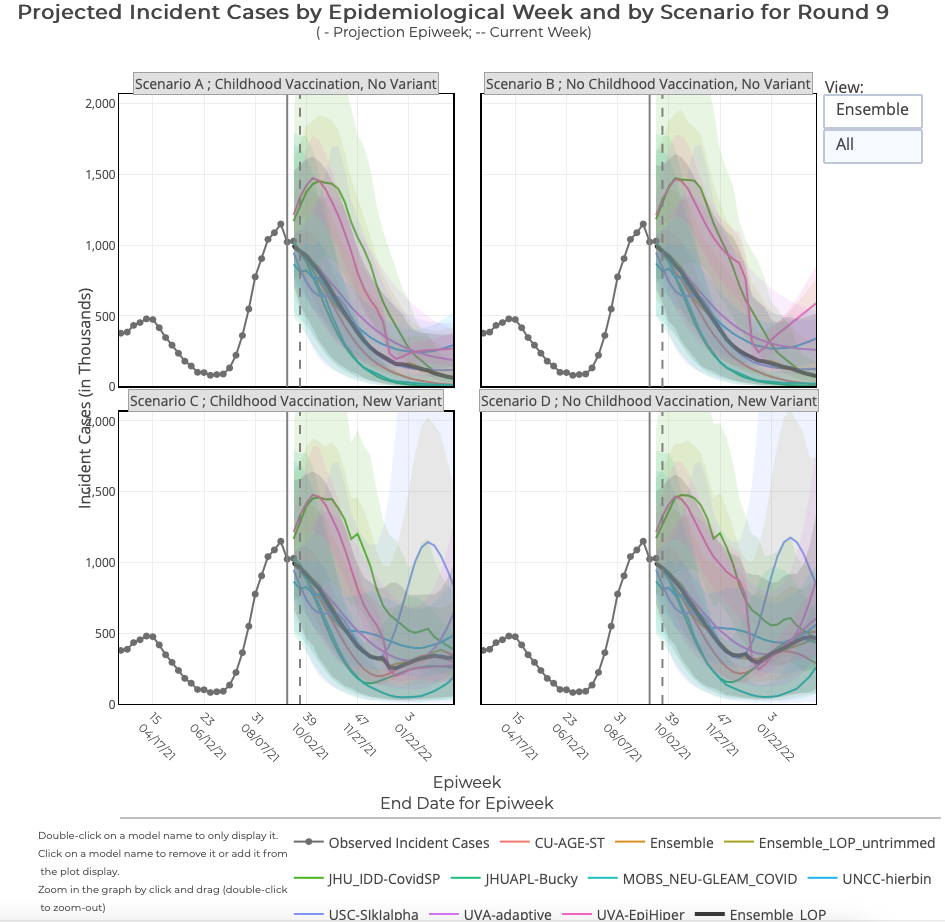 Daily COVID-19 deaths could fall to fewer than 100 per day by March. 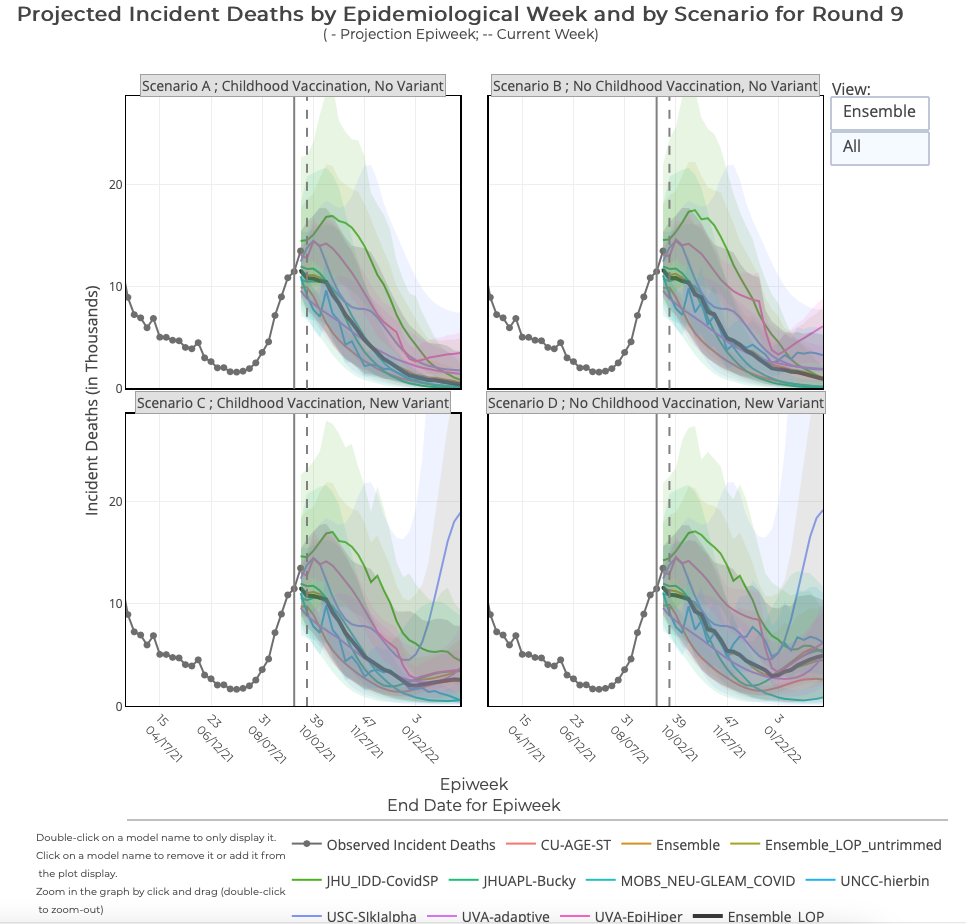 On the other hand, under a worst-case scenario with no rollout of childhood vaccinations and the emergence of a dangerous new variant, cases and deaths could rise by next spring to about the same level as we are currently experiencing.

University of North Carolina epidemiologist Justin Lessler, who helps run the hub, tells NPR that the most likely scenario is that children do get vaccinated and no super-spreading variant emerges.

The good news is that about 55 percent of all Americans (181 million) are now fully vaccinated (64 percent of those age 12 and up). Given that unreported COVID-19 cases are generally thought to be considerably higher than the 42 million diagnosed cases, that suggests perhaps around 100 million Americans have developed natural immunity to the virus.

"The biggest driver is immunity," explained Lessler. "The virus has eaten up the susceptible people. So there are less people out there to infect." The virus is still fighting back, he said, but "immunity always wins out eventually."

Getting more people vaccinated faster would certainly drive down the trends in cases and deaths, and would thus make the happier scenarios more likely.