You wouldn't be able to tell from federal policy, but most Americans have a favorable view of immigrants, and a majority believes that improving opportunities for immigrants to come here legally would be better than beefing up border security and cracking down on illegal immigrants.

Those are two of the major findings from a new survey of Americans' views on immigration policy conducted by the Cato Institute, a libertarian think tank. The survey, which polled 2,600 adults and was released Tuesday, shows that 72 percent of Americans believe immigrants come to the U.S. to "find jobs and improve their lives" while only 27 percent believe that immigrants are primarily attracted by the promise of taxpayer-funded welfare programs. Similarly, 53 percent of immigrants and the children of immigrants say their families came to the U.S. for economic opportunity, while just 8 percent say they sought to tap into government aid.

When it comes to setting policies, 55 percent of Americans say they favor providing a "pathway to citizenship" for undocumented immigrants and 56 percent say that simplifying the process for legal immigration is the best way to reduce illegal immigration. Only 24 percent say they would like to deport undocumented immigrants rather than allowing them to become full citizens or permanent residents. 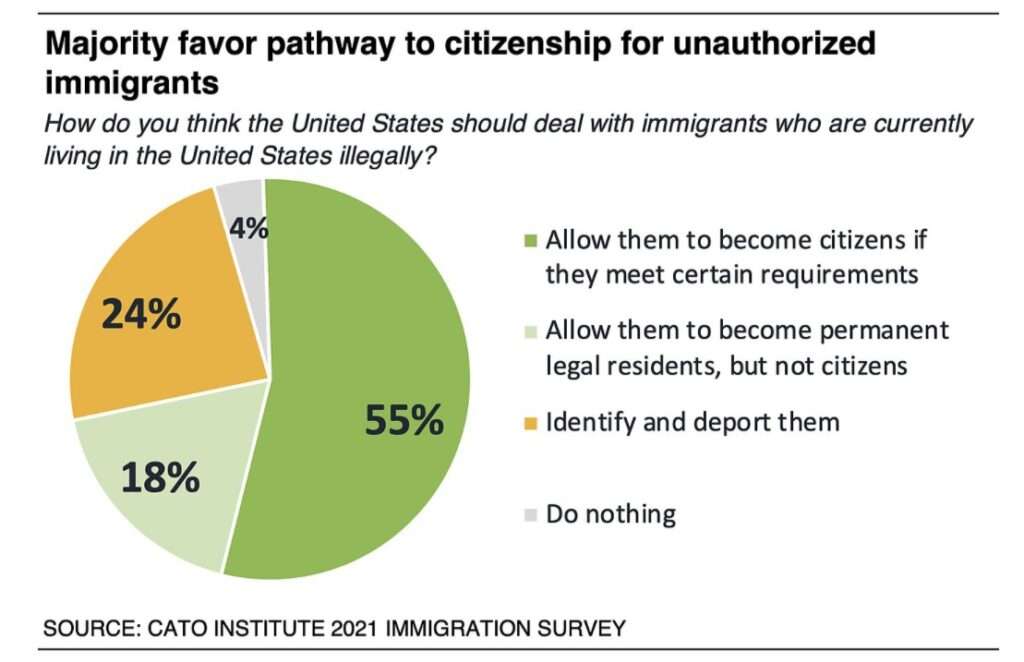 Overall, the Cato immigration survey shows that Americans' views on immigration are more nuanced and complex than what is usually captured by media and politics. Partisanship is a factor—self-identified Democrats, for example, are far more likely to view immigration favorably—but the survey suggests that both Republican and Democratic administrations may be overestimating the extent to which Americans support harsh treatment of illegal immigrants, as well as underestimating the support for streamlining legal immigration.

Anti-immigrant rhetoric has become more prominent on the political right in recent years, and restrictions on both legal and illegal immigration were hallmarks of former President Donald Trump's administration (though former President Barack Obama actually deported more people). President Joe Biden has condemned Trump's approach, but so far has done very little to reverse those policies. Last week, for example, the Biden administration said it would not increase the annual cap on refugees allowed into the United States—which Trump had cut dramatically—before abruptly changing course after a public backlash. The Biden administration has also continued construction on Trump's much-ballyhooed border wall, and it has not put an end to policies that separate refugee families when they are apprehended while crossing the border. 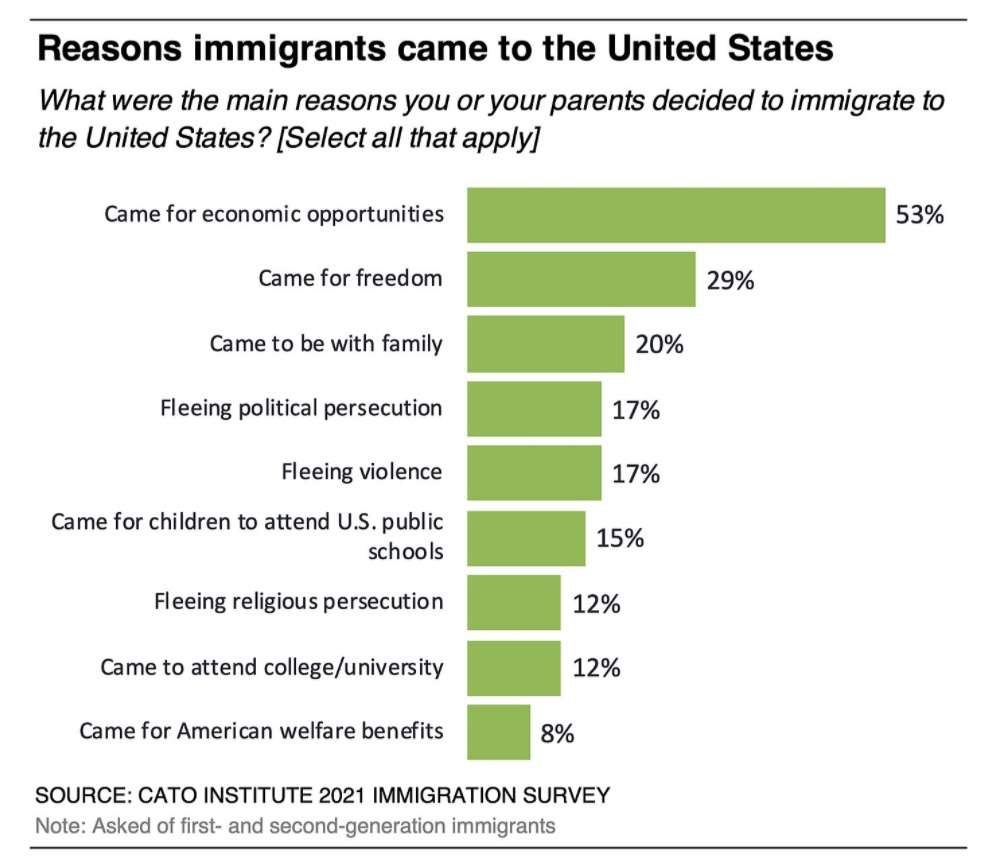 Sen. Bob Menendez (D–N.J.) and Rep. Linda Sanchez (D–Calif.) have introduced bills in Congress outlining an eight-year process for undocumented immigrants to become U.S. citizens. Their proposals have the backing of the Biden administration but face an uncertain future in Congress.

The biggest obstacle for the Biden administration's immigration reform agenda might not be public or political opposition, but the president's competing policy goals. As David Bier, an immigration policy analyst for the Cato Institute, wrote for Reason earlier this year: "Presidents Obama and Trump both campaigned promising immigration changes. Both had the advantage of a friendly Congress. But neither wanted immigration reforms to upset prospects for their other major priorities…[Biden is] also beholden to a complex interwoven system of partisan priorities that could cause him to turn his back on immigration—or enthusiastically embrace it—later in his presidency, depending on what else is going on."

For now, that means federal immigration policy is likely to remain out of step with the views of most Americans. And while the loudest voices demanding the biggest walls are likely to continue to exercise undue influence within immigration politics, it's useful to keep in mind that they represent a distinct minority of the country.