Mainstream news outlets have been falling all over themselves to explain why the Biden administration turning away asylum seekers and warehousing thousands of migrant children with little more than shared mats and mylar blankets is actually not at all like Trump's cruel policies.

The Biden administration is taking some steps to correct the worst of Trump administration policies, including trying to reunite migrant families torn apart by family separation policies. That's commendable. So too, is a refusal to immediately turn away unaccompanied migrant children at the border.

But while not repeating the very worst cruelties of Trumpian immigration policy, the Biden administration continues to make a mess of things like the treatment of would-be refugees and detained unaccompanied migrant children.

"At the U.S. border, asylum seekers fleeing violence are told to come back later," chirped The Washington Post in 2018. The previous year, it reported, "U.S. border officials are illegally turning away asylum seekers, critics say." Both articles (and many more like them) took a critical look at the Trump administration's asylum policies.

But now that it's President Joe Biden and Vice President Kamala Harris turning away Central American immigrants, they're merely "seeking to stem the flow of migrants at the U.S.-Mexico border" and "grappl[ing] with an influx of asylum seekers."

In a scant two-paragraph article titled "Harris to be point person for Biden administration in stemming flow of migrants at the border," the Post follows up an incredibly neutral lead about the Biden-Harris administration turning away immigrants from El Salvador, Guatemala, and Honduras, with this non-sequitur paragraph:

Later Wednesday, Biden marked Equal Pay Day with Megan Rapinoe, Margaret Purce and other U.S. soccer stars in which he credited them for leading the fight to erase the gender pay gap. Meanwhile, the Senate confirmed Rachel Levine as assistant secretary of health, making her the first openly transgender, Senate-confirmed federal official in U.S. history.

While "the Biden administration has moved swiftly to distance itself from Trump-era immigration policies," a Trump administration order "allowing officials to continue to turn away thousands of migrants" remains in effect, pointed out CNN in late February. "The reliance on the order that permits officials to swiftly expel migrants underscores the challenges facing the administration along the US southern border, where arrests of families and children continue to rise."

The passive voice is notable—arrests just "continue to rise," what can be done? No blame assigned. No agency acknowledged. But Biden—who has issued scores of executive orders since taking office—is choosing not to act on this one. His Department of Justice is even fighting for the Trump-era order in court. Meanwhile,

…recent arrivals to the border continue to be kicked back to Mexico or their origin country just as they were under Trump. In January, more than 62,000 people who crossed the southwest border were expelled, a number that has been relatively consistent for the past several months, according to the latest figures from Customs and Border Protection.

This "unprecedented application of Title 42 against asylum-seekers" was something that "immigrant rights proponents hoped that Biden would immediately retire…He didn't," notes The Intercept.

Still, most people traveling in families were initially let in. They were held for a few days by Border Patrol and then often taken to church-affiliated shelters where they could call family members already in the U.S. From there, they went to bus stations and airports, especially in far South Texas cities like McAllen and Brownsville. They got tickets and started their trips into America.

But as more families started coming, the administration backtracked:

Border Patrol stations were too crowded with families, the government said. Shelters in South Texas were overwhelmed. On March 8, an overflow plan was announced: Beginning that day, families seeking asylum would be flown west to El Paso, where they would be taken in by Annunciation House, a venerable Catholic organization with multiple shelters that has long offered respite to refugees.

Instead, many of these families were put on planes back to Mexico, The Intercept reports.

And while unaccompanied minors have been let in, many are still being kept in deplorable conditions.

On Wednesday, media were allowed access to facilities holding migrant children for the first time since Biden took office. CBP also released photos of the facilities earlier this week—and headlines about "kids in cages" have been noticeably absent this time. 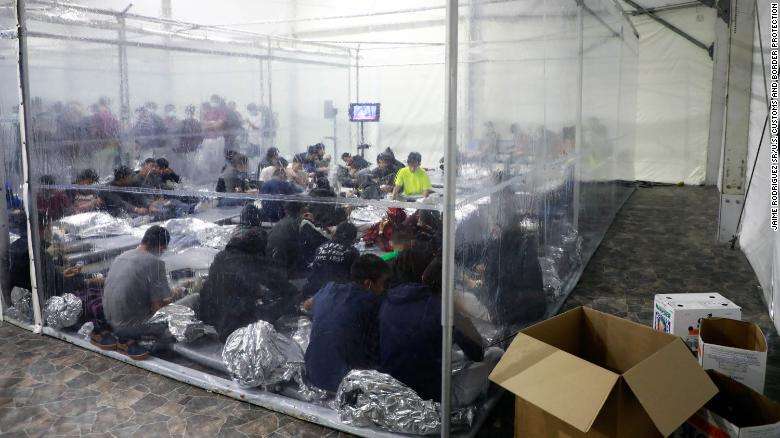 As of Sunday, there were 822 children held in Border Patrol facilities, akin to jail-like conditions, for more than 10 days, according to documents obtained by CNN. The average time in custody for unaccompanied children continues to hover around 130 hours, exceeding the 72-hour legal limit. 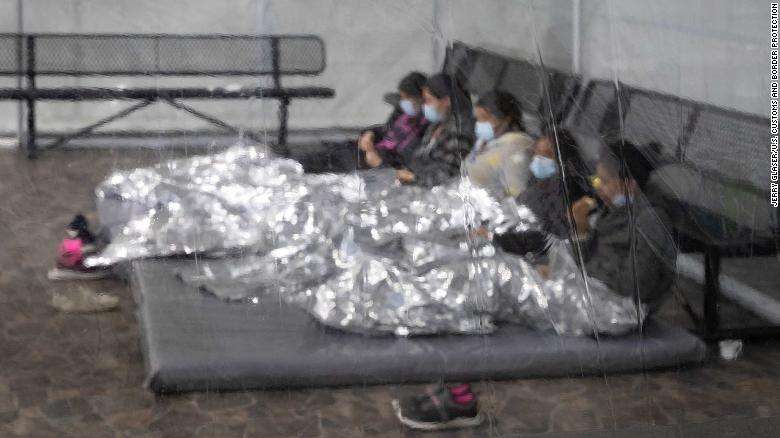 Yesterday, the Pentagon approved detention housing for the kids at Texas military bases, but it could be a while before it's ready:

At Joint Base San Antonio-Lackland, children will stay in a vacant dormitory, and at Fort Bliss, temporary housing will be constructed on an empty plot of land, Pentagon spokesman John Kirby said in a statement.

HHS will have access to the locations "immediately" to prepare to receive the children and the agency "will maintain custody and responsibility for the well-being and support for these children at all times on the installation," Kirby said.

This is no good:

The U.S. Court of Appeals for the 9th Circuit today held that the Second Amendment does not guarantee a right to openly carry firearms for self-defense. Combined with a 2016 decision involving concealed firearms, the ruling means that the Second Amendment does not extend beyond the home for residents of the 9th Circuit, which includes Alaska, Arizona, California, Hawaii, Idaho, Montana, Nevada, Oregon, and Washington.

According to the majority opinion by Judge Jay Bybee, history shows that legal restrictions on carrying unconcealed firearms, including virtual bans like Hawaii's, are the sort of "longstanding prohibitions" that the Supreme Court has suggested the Second Amendment allows. The four dissenters think history shows nothing of the sort.

This is amazing. A Texas GOP rep grilled a witness from the SPLC about why the group had listed the American Legion and VFW as "hate groups."

It never did. He read that on a military satire news site. https://t.co/5yeB8ADpCt

• "Virginia, the state that has executed more people than any other in the nation, has abolished the death penalty," reports The Appeal.

Me to @nickgillespie before taping @reason podcast:

"Can we dive in straight to the issues? I hate talking about myself."

This is why he's such a good interviewer. Started off with Asian American issues & media narratives, then deftly pivoted to… me.https://t.co/qyDzSuTcN7