Half of Americans reject both Republicans and Democrats. Recent polling from Gallup finds 50 percent of respondents identifying as independents, rather than aligning themselves with either Democrats or the GOP.

Gallup's latest political identification poll, conducted January 20 through February 2, saw just 25 percent of respondents identifying as Democrats and 25 percent identifying as Republicans. Among independents, 41 percent said they lean more Republican and 50 percent said they lean more Democrat. This is quite a change from November 2020 (when the Democrat/Republican/Independent divide was 31 percent, 30 percent, and 38 percent), and from February 2020 (when it was 26 percent, 33 percent, 39 percent). Gallup has been asking this same question myriad times per year since 2004. Party identification numbers tend to fluctuate quite a bit between surveys, but Gallup reports this is the first time the share of independents has reached 50 percent.

In addition, more poll respondents than ever before—62 percent—say that Republicans and Democrats "do such a poor job representing the American people that a third party is needed." Agreement with this statement is up from 57 percent in September 2020, and a previous record high of 61 percent in 2017.

The first time Gallup asked the question, back in October 2003, only 40 percent agreed. "In several election years—2006, 2008 and 2012—Americans were divided as to whether a third party was needed, but since 2012, Americans have consistently favored the idea," notes Gallup. 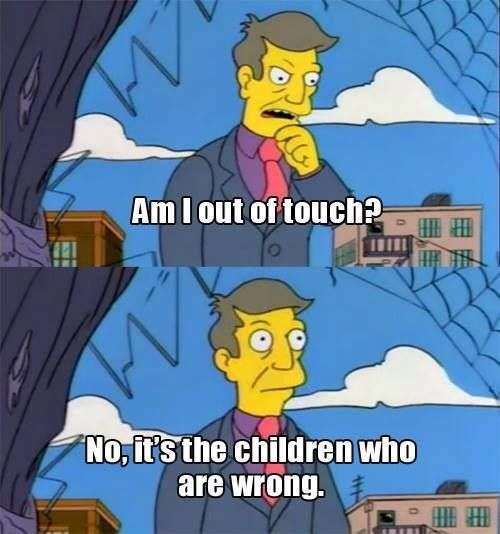 The results should give both parties and their members pause, but belonging to one of America's two ruling tribes seems to mean never having to engage in self-reflection. Why should they? In cities and states across the U.S., professional Democrats and Republicans have successfully worked the system to keep third parties off ballots and out of office,  while fighting electoral innovations—like ranked choice voting—that allow people to vote their actual preferences rather than simply pick the proverbial lesser of two evils.

That attitude is on full display in some reactions to the recent Gallup polling results. Take Lee Drutman, a senior fellow at the New America Foundation and political science lecturer at Johns Hopkins University, who shared the poll results yesterday with a warning that "this disaffiliation from the two major parties is very dangerous for democracy."

People labeling themselves and voting according to their own preferences and beliefs instead of whatever hogwash they've been force-fed is not dangerous to democracy—many functional democracies in the world have third and fourth and fifth parties, who govern in coalitions thanks to proportional representation. But this disaffiliation trend is dangerous to establishment politicians and staid political institutions who think they're too big to fail and thus immune from having to actually act like democratic leaders. To which I say:

And according to Gallup, a whole lot of Americans feel similarly.

A picture is worth… After two former staffers of New York Gov. Andrew Cuomo accused him of sexual harassment, another woman has come forward saying that Cuomo made unwanted sexual advances:

A third woman has accused Governor Cuomo of unwanted touching and sexual attention, saying he placed his hands on her face and asked if he could kiss her at her friend's wedding. A friend took a series of pictures of the incident as it occurred. https://t.co/bgvzBK4vK0 pic.twitter.com/hXvgTvSntQ

Liberalism is not inevitable. Canadian political scientist Jacob T. Levy, author of The Multiculturalism of Fear and Rationalism, Pluralism, and Freedom, talked to The Signal's Phoebe Maltz Bovy about "the cult of now":

Phoebe Maltz Bovy: In your Vox article on the idea of moral progress, you wrote, "Before we attribute magical moral powers to the passage of the next 50 years, we should look backward in 50-year increments and ask: How many old moral errors keep coming back? How many new ones get introduced?"

I want to ask specifically about the "new ones" part. Because if I understand you correctly, you're arguing that it's not just that progress can be slow, in a two-steps-forward, one-step-backwards sense. It's also that things are not necessarily getting better, or as you quote Martin Luther King, Jr., "'time itself is neutral.'" Are there ways this moment is less enlightened than, say, ten years ago?

Jacob T. Levy: I think there's been what's referred to as liberal-democratic backsliding, compared with certainly before the 2008 financial crisis. Broadly speaking, the stability of liberal and constitutional democracy looks less clear and less entrenched. That's what comes to mind most obviously.

Bovy: Are you referring to Trump, and to Trump-like leaders worldwide?

Levy: I mean the rise of generally nationalist, populist authoritarianism, with associated challenges to the separation of powers, minority rights, and federalism. This precedes Trump. The standard exemplar from before that was Viktor Orbán, Erdoğan in Turkey, Modi in India, and Netanyahu in important ways in Israel. The time horizon for the decay of Venezuelan democracy is somewhat longer than that, but you're still seeing instances around the world in different kinds of political systems, different regions, the Philippines, Brazil, where what had looked like relatively stable, relatively entrenched, liberal, constitutional democracy, starts to look a lot less so, and in some cases, I'd argue both Hungary and Turkey, falling out of the category altogether.

The state budget apocalypse that wasn't. "Throughout the debate over stimulus, one question has produced repeated deadlock in Washington: Should the states get no-strings federal aid?" notes The New York Times. Over the course of the pandemic, Democrats have continually argued yes, and still are saying as much, arguing that this is absolutely essential to keep states—and their residents—financially afloat. But evidence suggests otherwise. More from the Times:

State aid could well be a stumbling block for President Biden's $1.9 trillion federal stimulus bill, which contains $350 billion in relief for state and local governments and narrowly passed the House this past weekend. It faces a much tougher fight in the Senate.

As it turns out, new data shows that a year after the pandemic wrought economic devastation around the country, forcing states to revise their revenue forecasts and prepare for the worst, for many the worst didn't come.

[…] By some measures, the states ended up collecting nearly as much revenue in 2020 as they did in 2019. A J.P. Morgan survey called 2020 "virtually flat" with 2019, based on the 47 states that report their tax revenues every month, or all except Alaska, Oregon and Wyoming.

• The U.S. Marshals Service, a wing of the Department of Justice, "have been acting like local police—only with more violence and less accountability, according to an investigation by The Marshall Project and the USA TODAY Network." The investigation found that "on average, from 2015 to late 2020, they shot 31 people a year, killing 22 of them."

• Refugees are being turned away from the U.S. due to President Joe Biden's inaction. "Three weeks after announcing that this year's refugee cap would be modified, Biden has yet to sign the determination making it official, leaving refugees abroad in limbo," reports CNN. "Last week, 60 refugees were unbooked from their flights and this week, more than 200 refugees have had their trips postponed, according to a source with knowledge of the matter."

• A good thread out of Sweden on how the Nordic Model of criminalizing customers of sex workers but not the selling of sex—a model that some U.S. groups and celebrities have been trying to misleadingly label as the "equality model," or even simply as decriminalization—still leads to really bad outcomes for sex workers:

Read the whole thread. It's a good example of how the failure of client criminalisation to actually "end demand" leads police to simply increase their harassment of sex workers (who are breaking no law themselves). https://t.co/sKahZJLEjE

• Well, this is despicable:

The Minnesota State Senate introduced a bill—has not been passed yet— that would bar any charitable organization from paying the bail of any felony bail or bail set at 2,000$ or higher. This includes @MFFUnion, @MNFreedomFund ????/1 pic.twitter.com/ovskJa3bPp