CDC said no to COVID-19 testing for asymptomatic quarantine patients. Reuters explores how the U.S. Centers for Disease Control and Prevention (CDC) "missed chances to spot COVID's silent spread," finding plenty of blame to go around.

Critics have widely asserted that the CDC fumbled key decisions during the coronavirus scourge because then-President Donald Trump and his administration meddled in the agency's operations and muzzled internal experts. The matter is now the subject of a congressional inquiry. Yet Reuters has found new evidence that the CDC's response to the pandemic also was marred by actions - or inaction - by the agency's career scientists and frontline staff.

At a crucial moment in the pandemic when Americans were quarantined after possible exposure to the virus abroad, the agency declined or resisted potentially valuable opportunities to study whether the disease could be spread by those without symptoms, according to previously undisclosed internal emails, other documents and interviews with key players.

The CDC first refused to test a group of Americans evacuated from Wuhan, China, in early February 2020.

"It is CDC's position that since the research is being proposed for a group of individuals who are detained under a federal quarantine order, the circumstances of voluntary participation would be extremely difficult to assure and therefore, CDC does not approve this study," the CDC told researchers at Camp Ashland, where those returning from Wuhan were being quarantined.

"It's difficult to know whether more aggressive early testing among asymptomatic people would have significantly altered the trajectory of the pandemic in the United States, which has infected 24 million people and killed more than 400,000," says Reuters.

But in reality, it would take months before the CDC and other government officials took asymptomatic spread seriously—while testing protocols, stay-at-home advisories, and other rules and precautions were developed around the premise that infected people would almost always have a fever, cough, loss of smell, and other common symptoms.

In those early months of the pandemic, a lot of people who were exposed to COVID-19 but hadn't yet developed symptoms struggled to get tests, thanks to CDC recommendations and state and local testing protocols that overlooked asymptomatic cases. Without symptoms or permission to be tested, many potentially infected people continued to work, see family, and more.

People making personal decisions about what activities to engage in also relied on that calculation, as did employers when setting worker absence policies. To this day, many people who are exposed to COVID-19 think that not developing symptoms within a few days is a sign they're in the clear.

Government guidance only goes so far, but it's not crazy to think that better, earlier CDC guidance on asymptomatic spread could have helped mitigate misinformation about COVID-19 and some of the spread.

Toward the end of last February, the CDC did begin to allow testing of asymptomatic quarantined people, finding at least 10 asymptomatic cruise ship passengers who tested positive for the COVID-19. Yet the agency still didn't update its testing guidance on asymptomatic infections.

It would be almost another month before the agency started publicly acknowledging it happened and almost two months until, on April 27, it expanded the recommendations to sometimes include "persons without symptoms." The change came 11 weeks after the first U.S. army base researcher had asked the CDC for permission to test asymptomatic quarantine patients who consented. 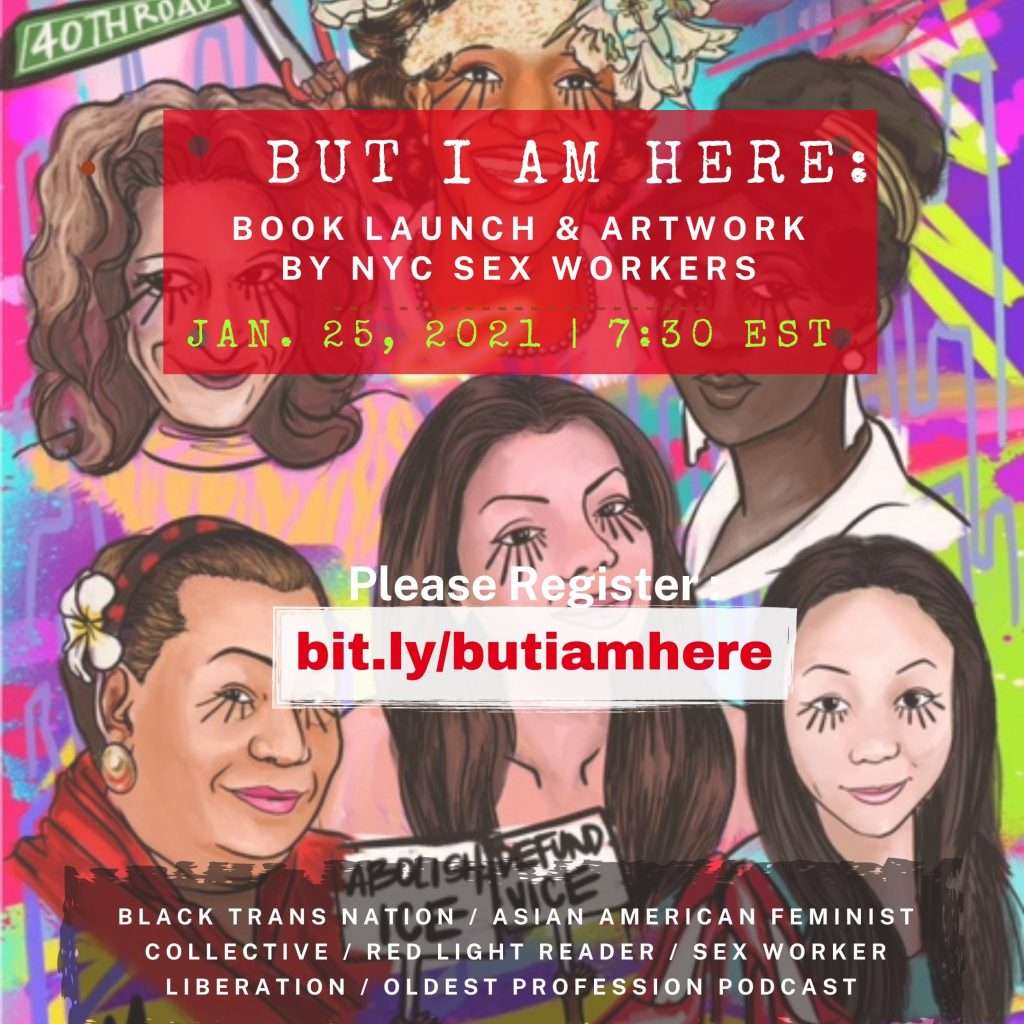 Art project stresses continuity between sex worker activism in early 1900s and today. "On Jan. 25, 1917, sex workers in San Francisco marched to the Central Methodist Church to meet with Rev. Paul Smith, who had organized a campaign to rid and protect the city from vice. This was the first sex worker-led protest in the U.S.," writes Kaytlin Bailey, founder of the Old Pro Project, at The Daily Beast.

"It's important to remember that we're part of a multigenerational struggle, and that sex workers have been resisting their criminalization since the beginning," said Savannah Sly, National Coordinator of the #OldProProject https://t.co/cDGFfBs4bT

Why the Parler case is a success story for Section 230. "Initially, civil liberties advocates (including us) were shocked at the speed and coordination with which Parler was taken down and Trump de-platformed," notes the Internet Governance Project. (Yep.)

But "now that the dust has settled, however, the charge of 'private sector censorship' looks overstated," suggests Milton Mueller. "Indeed, the overall functioning of the legal and policy regime governing US platforms ends up looking pretty good in this case – especially when compared to the alternatives."

Mueller finds three conclusions to be drawn from the Parler case, including "the major platforms are not 'the Internet'" and "international anarchy has its upside." Mueller also says the case demonstrates how Section 230 is working:

Social media are being simultaneously blamed for having too much control over speech and for letting speech be completely out of control. Both sides of this divide fail to appreciate the way immunities and distributed private actor responsibilities walked a fine line between control and freedom.

The Section 230-based legal regime is a way of reconciling free political expression with the need to limit or remove certain kinds of speech from the public sphere. A potential threat to public safety was addressed, but not in a rigid, permanent and coercive way, not through state action, but through contractual arrangements and private ordering. The response is distributed, flexible and ongoing, just as social media content is. And if the response was too harsh, as it inevitably will be in some cases, there were still spaces where the suppressed entity could regroup and try to grow again. A state actor-driven response is going to be a lot more binary and a lot less correctible in cases of excess. Passing a law would impose a single, uniform standard, which would inevitably be applied in a way that would serve the interests of those in power and marginalize challengers.