When the U.S. Department of Justice proved victorious in its historic antitrust suit against AT&T, breaking up what had been the world's largest corporation in 1984, the feds promised a report every three years to document changes in telecommunications. The first was due in 1987.

But in 1986, with only a year to the deadline, the DOJ was stuck: no team in the U.S. government had the expertise to understand the complexity of this enormous, changing marketplace. A slew of consulting firms was there for hire, but they had all worked for AT&T. So the DOJ gave up on the experts and hired one man who had never studied the communications sector.

Peter Huber had no conflicts and started from scratch. The Geodesic Network: 1987 Report on Competition in the Telephone Industry, later cited widely as "the massive Huber report," became a runaway bestseller for the Government Printing Office. The report brilliantly detailed how technologies of freedom were primed to crush old monopolies with disruptions at the network's "edge"—personal computers, software, devices—if policymakers would lean back. The 450-page, data-dense thesis was delivered to the DOJ in 11 months; weeks early, as that was all the time Huber needed to go from zero to the world's leading authority on perhaps the most complicated public policy issue yet invented.

The world lost Peter, and a good fraction of our human capital, on January 8, 2021. He was 68—again ahead of schedule.

Peter was the towering public intellectual of his generation. He explained the evolving internet to policymakers before there was a commercial internet and while the world was still bollixed in 19th-century regulation. The U.S. was relatively blessed to be abused by a private monopolist, where shards of light might glance and antitrust be launched, unlike the impenetrable state-owned PTT (Post, Telegraph, and Telephone) behemoths stifling Mexico, the U.K., France, Germany, Italy, and Japan.

Experts saw the problems, but Peter was the visionary who saw the future. And then tripped the light fantastic through time, space, and dense complexity! Huber explained and inspired in virtually every sentence. His 1995 Federal Telecom Law treatise (an exhaustive text, co-authored with Michael Kellogg and John Thorne) described phone regulation under the 1934 Communications Act thusly: "Telecom providers and regulators engage in an endless minuet that moves dancers in or out of the circle called 'common carriage.'"

He was not fooled, as have been so many scholars, by announced intentions or the gloss of a "public interest" standard. "To say that the FCC watched [AT&T] grow to these gargantuan proportions since 1934 without complaint would be incorrect," he elaborated in Law & Disorder in Cyberspace: Abolish the FCC and Let Common Law Rule the Telecosm (1997). "The FCC's official mission since 1934 had been to protect telephone monopolists from 'inefficient' competition.'"

He then elucidated how frequency use would be transformed: "Early in the next century…this dismal regulatory era will finally come to an end. Broadcast spectrum will be dezoned. Roseanne will have to compete for airtime with the more civil, uplifting, and profitable expressions of ordinary people talking on wireless phones." Today, nearly half of what was then the "TV Band" has been liberated, and the Huber Revolution has arrived—Facetime your friends on your smartphone to celebrate.

Mastering telecommunications law was just one foray. In 1988, he published Liability: The Legal Revolution and Its Consequences, where he measured the costs of tort awards—measurement was the recurring method packed into his elegant policy poetry—and found great excess: closed municipal swimming pools, obstetricians fleeing whole counties in Mississippi, productive manufacturing pushed into oblivion. Too much safety was making us less safe. His work helped trigger a tort reform movement. 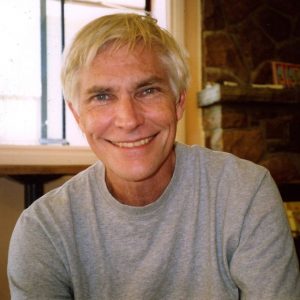 In Galileo's Revenge: Junk Science in the Courtroom (1991), Huber took on the exploding use of dubious expert testimony. Federal rules to exclude "junk science" (a term Huber coined) were instituted under a new Daubert rule (a federal case Huber helped litigate). Professors would be required to carefully apply the facts of the case to accepted analytical models of their discipline. Under this rule, Nobel Laureates have (correctly) been tossed for presenting ad hoc theories. Experts got more serious. The law improved.

In Hard Green: Saving the Environment from the Environmentalists, A Conservative Manifesto (1999), Huber again melded deep veins of science, economics, and law. Rising above the standard squabbles—in over 30 years of friendship I cannot once recall Peter discussing politics, conventionally defined—he delivered a blueprint for regulations as if people mattered. Peter sought the optimal mix of social coordination, intelligently targeting the magic of the market. "Wealth is green," he wrote. "Wealth, not poverty, supplies the means to conserve the wilderness."

In The Bottomless Well: The Twilight of Fuel, the Virtue of Waste, and Why We Will Never Run Out of Energy (2005), with Mark P. Mills, Huber taught Bill Gates, who remarked that it was "the only book I've ever seen that really explains energy, its history, and what it will be like going forward."

Then came the 2013 masterpiece, The Cure in the Code: How 20th Century Law is Undermining 21st Century Medicine. "Code has the tendency to rise from servant to master to sole proprietor," Huber explained. "The first autopilot kept a plane cruising at steady speed and altitude; the cockpit of the future, it is said, will have a pilot, a computer, and a dog, the dog there to bite the pilot if he touches the computer. Much of medicine is now on a similar glide path." Huber's tour of targeted cancer therapies presents a thrilling optimism for curing disease by rewriting our genetic software, even as it cries in frustration over rigid institutions yet to embrace our more hopeful destiny. The therapeutic cocktails that emerged to salvage hope from horror with HIV/AIDS were quickened by shading regulatory rules and permitting opportunistic use of less tested compounds—and even of the otherwise horrific thalidomide. Peter elucidates the trade-offs governing our choices with commanding prose and impeccable logic.

Peter was not a mad scientist. He packed a rapier wit, but a charming grin, and carried a gentle soul. He extended many a helping hand, and loved to see his fellow man triumph.

And woman. Huber's first law career missions were to clerk for Ruth Bader Ginsburg on the D.C. Circuit Court of Appeals, and then Sandra Day O'Connor. He found heroes in both. Ginsburg was relentlessly loyal to the logic of the law, found Huber. "Her decisions were reproducible." Huber was prideful to be part of O'Connor's historic mission; in 1991, he joked: "When you've seen one woman Supreme Court Justice you've seen 'em all." The following year he wrote a biography, Sandra Day O'Connor (Women of Achievement), specifically for girls ages 9 to 12.

Lou Gehrig, our greatest athlete, was stricken with a malady that destroyed his muscles. Peter Huber, a polymath genius, was accosted by frontotemporal degenerative disease, which attacked his brain. It stole from us an incomparable thinker. In Hard Green, Peter wrote, "There is no inherent scarcity of food, fuel, metal, mineral or space to bury our trash. When we exhaust economic goods, we grow, find or invent others to replace them." Alas, we have now sadly discovered the irreplaceable factor.