Now that we have all the time in the world on our hands, filling it with movies has become an organized pursuit, and helpful film lists have proliferated online. Some of these seek to cheer us up—classic comedies, vintage musicals, all from happier times, of course—or to put our despair in perspective with dystopian exercises like 12 Monkeys, Mad Max, The Road, and suchlike.

I want to offer something different: a list of oddball movies that were under-loved at the time of their release and have remained under-seen ever since. Some of these films, like the 2009 Jennifer's Body, have been undergoing critical reevaluation and are now seen as lovable cult movies. The rest have also developed cults, of one size or another, but are still waiting for the full-scale love they deserve. 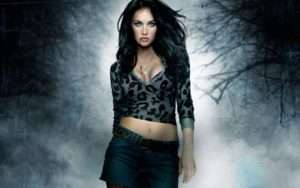 The critical indifference to this high-school horror-comedy was baffling. (It scored a rotten 44% on Rotten Tomatoes.) Diablo Cody's screenplay—a marvel of sexy sarcasm—was the follow-up to her debut script for the 2007 hit Juno (whose director, Jason Reitman, is one of the producers here). And the star, Megan Fox, of the mega-budget Transformers franchise, delivered a luscious parody of her own sex-puppet image. Fox plays the titular Jennifer, a snooty cheerleader who falls into the clutches of an indie band called Low Shoulder, whose members are desperate to make it big and have decided to sacrifice a virgin in order to enlist Satan as their manager. Unfortunately, since Jennifer is not a virgin in any sense of the word, the band's attempted ritual goes wildly awry and a newly demonic Jennifer is soon embarked on a bloody rampage. Amanda Seyfried effectively mutes her own movie-star looks to play Jennifer's geeky friend Needy, and Chris Pratt, Amy Sedaris and J.K. Simmons are also on hand. (Now streaming on Amazon, YouTube, iTunes, etc.) 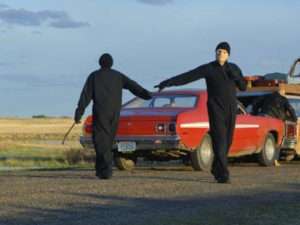 Crawling back from one of the most widely detested debuts in recent film history—the 1993 amputation oddity Boxing Helena—director Jennifer Lynch (daughter of David) made this seriously creepy serial-killer feature. Bill Pullman and Julia Ormond play a pair of FBI agents drawn to a slaughter site in the Nebraska hinterlands, where they interact with bent cops and druggy youths and search in vain for reliable witnesses. (There is one, but she's 11 years old, and who wants to hear what a kid has to say?) The movie has a bleak, sunbaked vibe and a most unsettling conclusion. It scored a limp 55% on Rotten Tomatoes and has yet to attract many second looks. It's never too late, though. (Now streaming on Amazon and Netflix) 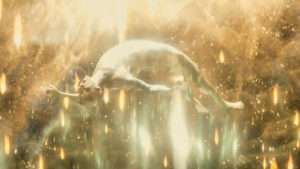 Darren Aronofsky's time-tripping masterwork was seen by some—well, many—as a pretentious romance. But it's a spectacularly beautiful film that has steadily accumulated new admirers. Hugh Jackman and Rachel Weisz play Tom and Isabel, a couple whose love never dies. In 16th Century Spain, she is a queen dispatching him on a mission to the New World to find the Mayan tree of life. 500 years later—now—he is a research scientist searching for a cure for the cancer that is killing Isabel, who in this incarnation is his wife. He learns of an ancient tree in Central America whose bark may be the cure he seeks. In the year 2600 AD, we find Tom ascending through the heavens in a transparent bubble-ship containing a large tree. The glorious outer-space effects in this film are super-size blowups of microscopic chemical reactions (the work of optical-systems developer Peter Parks) and the magnificent score, by Clint Mansell, could become a permanent part of your life. (Streaming on Amazon, YouTube and Vudu)

Critics liked this grisly horror film a bit more than audiences—possibly because Lionsgate unceremoniously dumped the picture in second-run theatres and not a lot of people got to see it. Bradley Cooper is a hustling photojournalist named Leon, who chronicles the denizens of the night in an unspecified big city (it's L.A.). He becomes aware of a mysterious subway train that only runs at midnight, and naturally he wants to know more about it. This is as bad an idea as you would imagine. Alarmingly awful things befall passengers on this train, all of them doled out by a mallet-swinging brute called Mahagony (the naturally terrifying Vinnie Jones). Bloody violence is not in short supply (the movie is based on a Clive Barker story), but the Japanese director, Ryuhei Kitamura, really excels at building tension and dread, and also at oh-my-God editing. (Streaming on Netflix and Amazon) 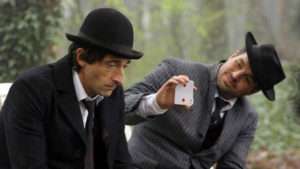 This second feature by Knives Out director Rian Johnson is an eccentric fairy tale of overflowing charm. A pair of sibling conmen (Adrien Brody and Mark Ruffalo) make the mistake of trying to swindle a wacky heiress (Rachel Weisz), who numbers among her hobbies kung fu, power ping pong, and chainsaw juggling (on stilts), and who would love to become a swindler herself. The picture flits all around Central Europe, but even with the brothers bringing in a daffy explosives expert called Bang Bang (Rinko Kikuchi), we sense that the big con they've planned, in Prague, will not be working out well. They should have sensed something amiss when their mark observed, "The trick to not being cheated is to learn how to cheat." (Streaming on Amazon and Vudu) 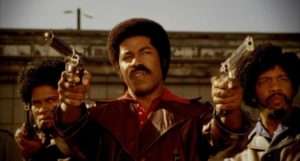 A wonderfully nutty tribute to '70s blaxploitation movies. Michael Jai White is perfect as the titular Black Dynamite, a CIA operative just back from Vietnam who is intent on terminating some evil honkeys who are funneling heroin into the ghetto. There's also a worrisome new brand of malt liquor that's hit the streets, an array of pimps and pushers and vintage purple clothing, ultra-low-budget martial-arts and car-chase action, and a ridiculous crime lord called Fiendish Dr. Wu. There are also many great lines (scoping out B.D.'s deluxe pad, one character says, "You must have an eight-track in every room"). Director Scott Sanders shot this movie in three weeks (and later turned it into an animated series on Adult Swim). He should be working a lot more than he does. (Streaming on Amazon, Netflix, and Vudu) 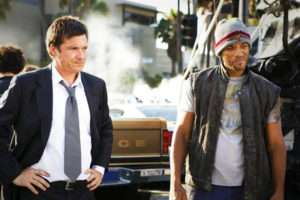 Released at the dawn of the cinematic superhero age (the same year Iron Man inaugurated the MCU), Hancock appeared to confuse critics with its relatively subtle combination of underplayed humor and real emotion. Despite the presence of Will Smith and Charlize Theron, the movie bombed. It deserves another chance. Smith plays a super-guy called John Hancock, who has the usual powers of flight, strength, and immortality. John does a lot of good in the world, but he also causes a lot of collateral property damage, for which he is widely resented. So he's basically become an alcoholic living on the streets of LA. An admiring PR man named Ray (Jason Bateman) tries to help him and does; but then John meets Ray's wife (Charlize Theron), and the movie takes a sudden turn into wild and unexpected territory. Very much worth taking a chance on. (Streaming on Amazon, Netflix, and Vudu) 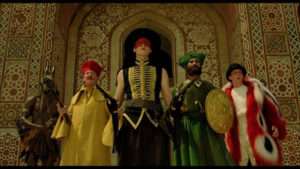 Although he'd already made one feature in 2000—the distinctively gruesome sci-fi horror film The Cell—Indian director Tarsem Singh continued earning most of his living shooting commercials. Kind of brilliantly, he decided to utilize the globe-trotting required by this profession to make another movie, on his own dime. This resulted, after four years, in The Fall, an extremely outré and astoundingly beautiful fantasy film shot in Cambodia, Italy, Indonesia, Bolivia and China, among other far-flung places. It's a movie about stories and their telling and the heroes they require; but essentially it's a vast sea of surreal imagery into which viewers are invited to sink their heads. There truly is nothing else like it. (Streaming on Netflix and Amazon) Will Stronghold (Michael Angarano) is a teenager living in the large shadow of his superhero parents. His father, Steve (Kurt Russell), is a successful real estate guy better known in super-circles as The Commander; his mom, Josie (Kelly Preston), is the famously supersonic Jetstream. Will doesn't seem to have any powers of his own, so he's apprehensive about entering ninth grade at Sky High, where superhero offspring are sorted into two categories: some will become superheroes themselves, others—the losers in life's super-lottery—will become sidekicks. This is a Disney film, and thus family-friendly, but it's also witty and hip (thanks mainly to Russell, a Disney veteran who made his first movie for the company in 1968). Mary Elizabeth Winstead plays the villainous Royal Pain and the principal at Sky High, wonderfully enough, is Lynda Carter. (Streaming on Amazon and Vudu) 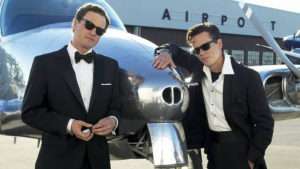 Originally released with an NC-17 rating because of its unusually forthright sex scenes, this intricately noirish film by writer-director Atom Egoyan is a puzzle-thriller that deserves more attention than it has ever received. It focuses on Lanny Morris (Kevin Bacon) and Vince Collins (Colin Firth), a famous comedy duo (think Dean Martin and Jerry Lewis) who suddenly broke up in 1957, with no explanation, after a dead Miami woman's body was found in the bathtub of their New Jersey hotel suite. Years later, a young journalist named Karen O'Connor (Alison Lohman) agrees to work with Vince as a ghostwriter on his autobiography, hoping to get to the bottom of the breakup mystery. Then she encounters Lanny, and things get very, very complicated. The movie has a wonderful retro-kinky air, and Bacon and Firth are bracingly unsavory in ways they had never been before. (Streaming on Amazon and Vudu)

The Pandemic Home-Building Boom Is Over

Most Texans Want To Legalize Marijuana. Why Doesn't Greg Abbott Listen to Them?