Buttigieg dropped out of the race on Sunday. Businessman Tom Steyer also ended his campaign over the weekend, after getting just 11 percent of the South Carolina vote.

Both Bloomberg and Klobuchar faced protests over the weekend, forcing Klobuchar to cancel her Sunday night campaign rally at a high school in Minnesota's St. Louis Park.

Black Lives Matter protesters were there to call out Klobuchar for the incarceration of Myon Burrell, who as a 16-year-old was convicted of murder and sentenced to life in prison. Burrell maintains his innocence, and evidence suggests he may have been wrongfully convicted in the death of 11-year-old Tyesha Edwards, who was killed by a stray bullet in 2002. 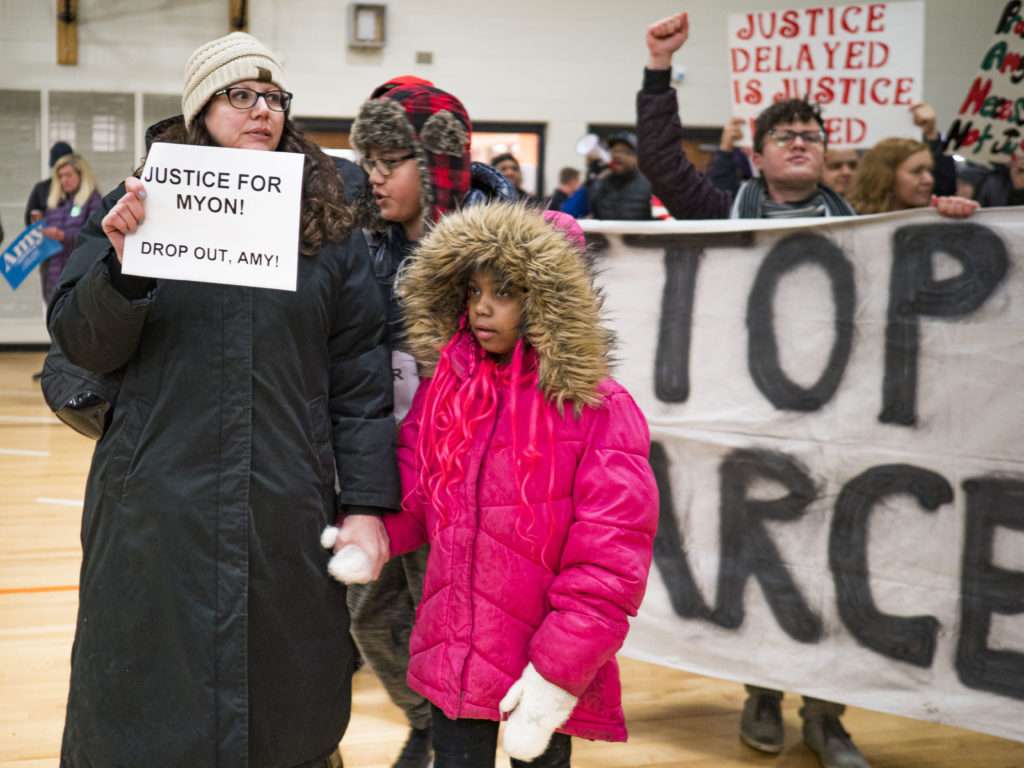 "Sen. Klobuchar was the county attorney during Burrell's first trial," notes WCCO. And while campaigning for president, Klobuchar has repeatedly cited the story of how she helped put Burrell away. 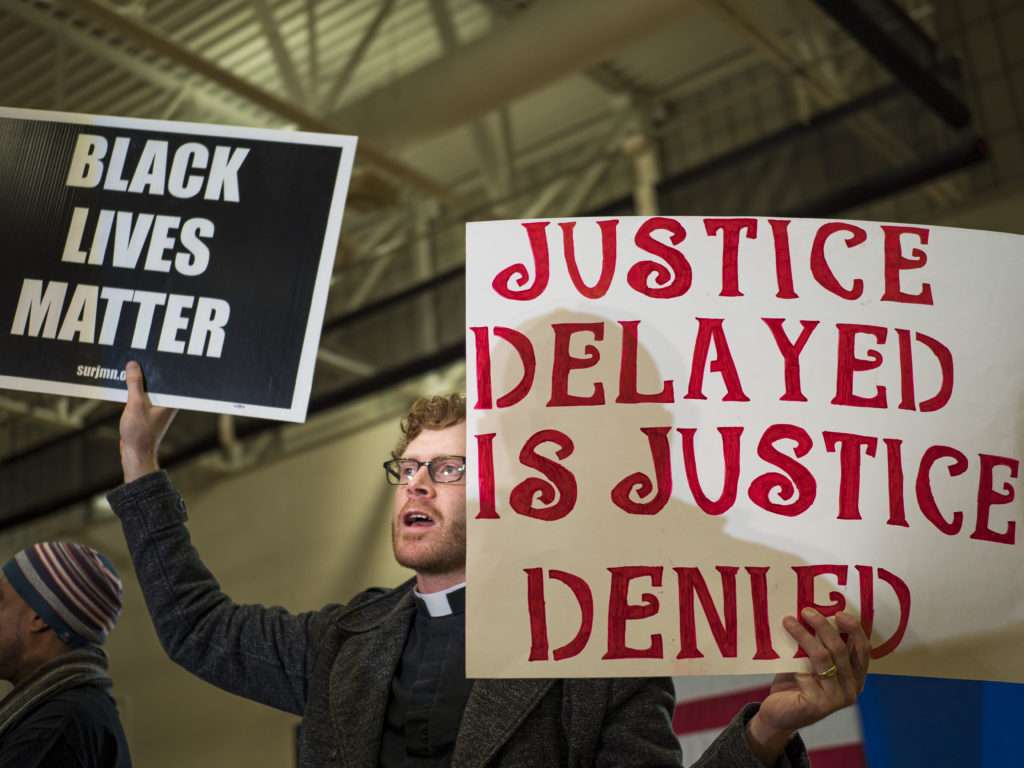 The Klobuchar campaign released a statement saying that "the campaign offered a meeting with the Senator" if the protesters would leave. "After the group initially agreed, they backed out of the agreement and we are cancelling the event." 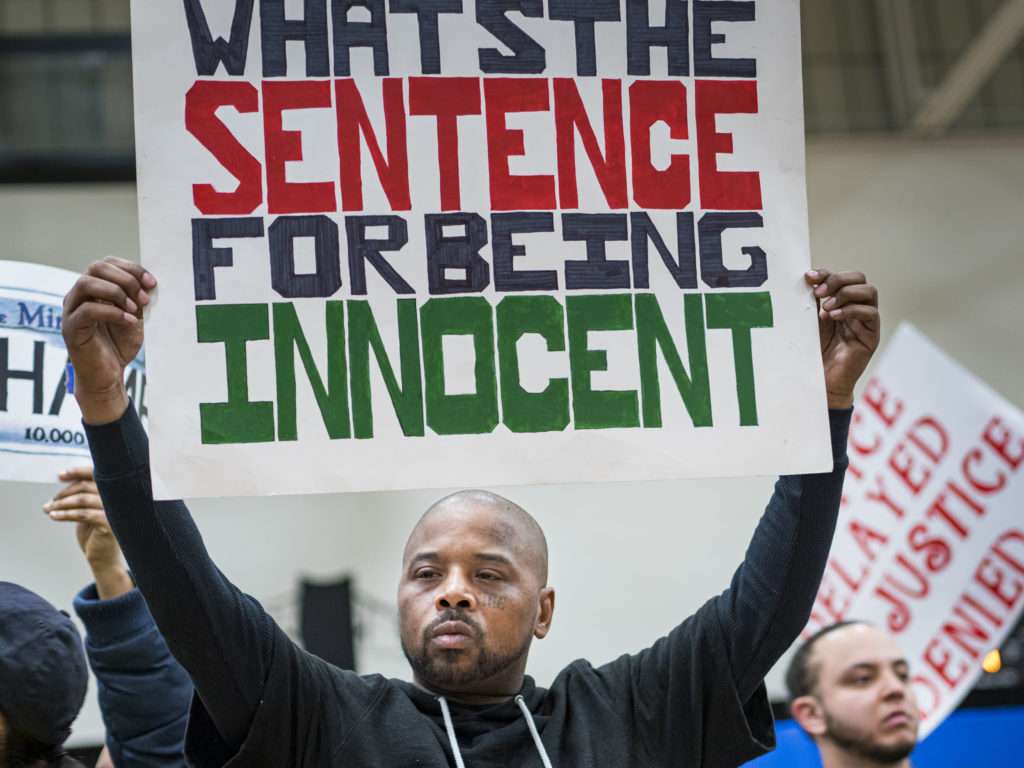 In Alabama, protesters took a much different tack, silently standing and turning their backs toward Bloomberg as he spoke at a Selma church.

Some in the church in Selma, where Bloomberg is speaking are standing up with their backs toward him. pic.twitter.com/LUuvJeL2NZ

Bloomberg was invited to speak during Selma's Jubilee, an annual event marking "Bloody Sunday" when hundreds of protesters were beaten and battered while marching across the Edmund Pettus Bridge in 1965.

Ryan Haygood, who turned his back on Bloomberg, told the paper:

I was sitting there really wrestling with the fact that 55 years ago 600 or more people assembled at this church and they prayed and prepared to be brutalized by Alabama state troopers about a half a mile up the bridge. Then comes Michael Bloomberg who when he was the mayor of New York City presided over those very kinds of police brutality practices and policies. So in my mind, I thought, though I was surprised to see him come through the doors, I thought he would use this space to atone for that….

And not only did he not do that, it was clear to me that he wasn't even going to address the issue at all. And so I wrestled with it. So I felt like I had to do something to acknowledge that that's not OK especially in this sacred space. This is a space that changed the world.

According to the Advertiser, around a dozen people "stood for about 30 seconds before Bloomberg realized what was happening. He paused, then stumbled over his words before picking back up with his speech"

Voters in 14 states and American Samoa will go to the polls tomorrow, with 1,357 delegates up for grabs. (To win the nomination, you need 1,991 delegates.) The states holding primaries will be Alabama, Arkansas, California, Colorado, Maine, Massachusetts, Minnesota, North Carolina, Oklahoma, Tennessee, Texas, Utah, Vermont, and Virginia.

If We See an Expurgated Version of the Mar-a-Lago Search Warrant Affidavit, What Will It Tell Us?