Average life expectancy in America ascended to 78.9 years in 2014, and then it started declining. By 2017, it had fallen to 78.6 years. But now there's good news: According to the National Center for Health Statistics (NCHS), this downward trend has stopped. In 2018—the latest year for which we have the data—the average life expectancy of Americans ticked back up to 78.7. 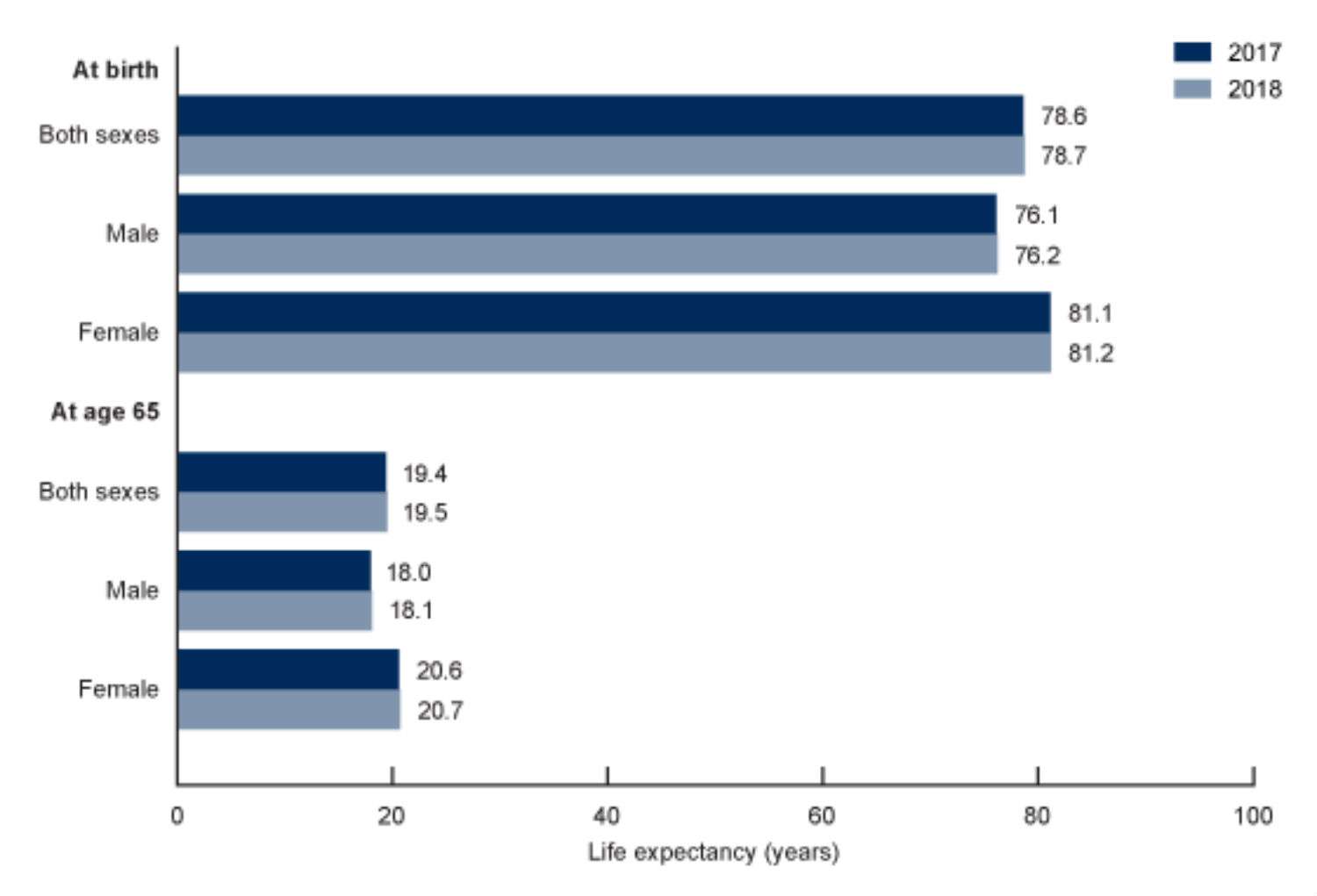 In 2017, the Princeton economists Anne Case and Angus Deaton reported that the falling U.S. life expectancy was largely driven by the rising death rate among poor middle-aged whites. They attributed rising mid-life mortality among poor whites to "deaths of despair"—drug overdoses, alcoholic liver disease, and suicides. They also noted that the mortality gap between whites with a college degree and those without was widening.

A 2019 paper in the Journal of the American Medical Association bolstered the deaths-of-despair hypothesis, noting that "the largest relative increases in midlife mortality occurred among adults with less education and in rural areas or other settings with evidence of economic distress or diminished social capital."

The two chief reasons for the uptick in life expectancy, according to the NCHS, are the first fall in drug overdose deaths since 1990 and the continuing decline in cancer deaths. Another possible factor: The U.S. population-employment ratio has been increasing, which suggests that as more Americans have success in labor markets they may be less despairing about their life prospects.