With a key congressional deadline looming at the end of the month, the zombified remains of the Export-Import Bank could soon be resurrected—but new research shows why it should be permanently shuttered instead.

The Ex-Im Bank is a federal agency that subsidizes American manufacturers that sell products overseas. The bank provides artificially-low interest rates on loans to foreign countries and companies that purchase American-made goods—like Boeing jets, for example—in order to boost U.S. exports. In practice, the bank is a tool for crony capitalism that benefits politically well-connected businesses like Boeing, which received as much as 70 percent of all Ex-Im Bank loan guarantees in some years.

Congress allowed the Ex-Im Bank's charter to expire in July 2015, and then reauthorized the bank a few months later with significant limitations on its authority. Until earlier this year, the bank was operating without a fully-staffed board and was prohibited from making loan guarantees of more than $10 million.

But the Ex-Im Bank could soon be back to full strength. In May, Congress filled the vacant spots on the bank's board. If lawmakers vote to reauthorize the bank's charter before September 30, the agency will be fully reanimated.

Playing the role of the Night King in this process is a group of lobbyists led by the National Association of Manufacturers, which on Wednesday called on Congress to reauthorize the bank. "In an increasingly competitive and uncertain global marketplace, America cannot afford to lose any opportunity to level the playing field and advance our country's leadership," the group, which includes more than 200 companies and trade associations, wrote in a letter to Congress.

Before they do anything, though, members of Congress should consider whether the Export-Import Bank's cronyism is really as essential as its beneficiaries say. As Mercatus Center fellow and Reason columnist Veronique de Rugy has previously pointed out, companies that benefited from the Ex-Im Bank's largesse—including Boeing, but also General Electric and Caterpillar—have been doing just fine while the bank was out of commission. 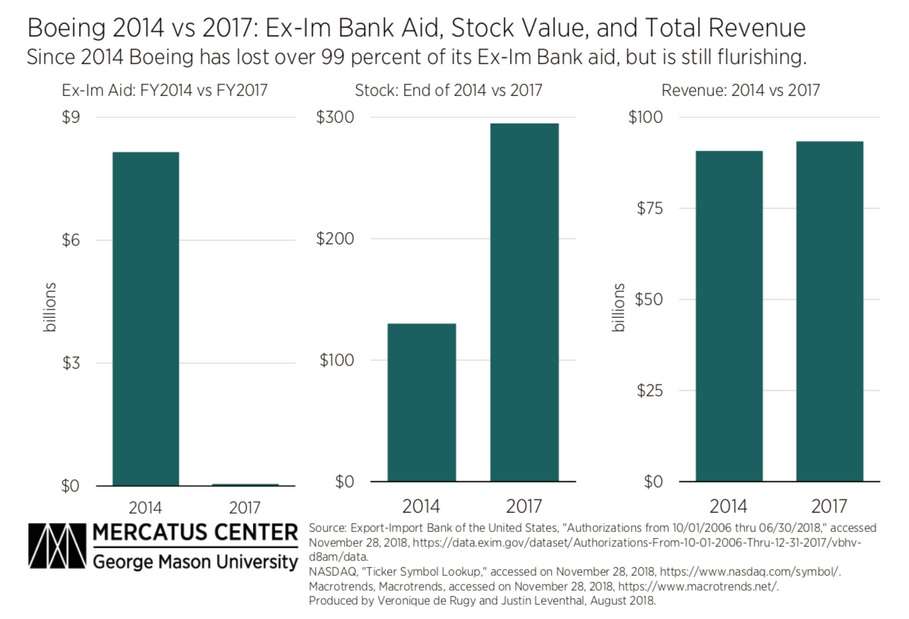 During the time that the Ex-Im Bank was operating below capacity, American taxpayers saved $47.9 billion, according to new research released this week by the Competitive Enterprise Institute, a free market think tank.

"Shuttering the bank could save Americans billions more," says Ryan Young, a senior fellow at CEI and the author of the group's new paper.

Unfortunately, it looks like there is broad bipartisan support for resuscitating the crony capitalist institution that's survived since its creation in the midst of the Great Depression. Sens. Kevin Cramer (R–N.D.) and Kyrsten Sinema (D–Ariz.) have introduced a bill to keep the Ex-Im Bank open through September 2029. In the House, Financial Services Committee Chairwoman Maxine Waters (D–Calif.) and Rep. Patrick McHenry (R–N.C.), the committee's ranking Republican, also support reauthorization.

What little hope there is of stopping the Ex-Im Bank probably lies with Rep. Justin Amash (I–Mich.), who has sponsored a bill to abolish the bank.

Even if there aren't enough votes to kill the Ex-Im Bank for good, Young says, lawmakers "should insist on specific reforms that would restrain the bank's power, including shortening the reauthorization period to three years to allow for more regular review of the Bank's performance."

If that doesn't happen, the Ex-Im Bank will take its place alongside the 2013 budget caps and the so-called "sequestration" as significant policy accomplishments of the GOP's "tea party" era that did not survive the first term of the Trump presidency.

The Blurry Legal Line Between Doctors and Drug Dealers