Georgia's film industry gets some big tax credits from the state government—$800 million's worth in 2018. Both the government and the movie production companies love to claim that these subsidies bring a huge return. The eye-popping figure you usually see claims that the credits produced $9.5 billion in economic benefits in 2018 alone.

But that number is almost certaily wrong. It includes less than $3 billion in direct spending from the film industry. The rest is supposed to come from the multiplier effect, in which each dollar spent creates more spending throughout the economy. And economists have some serious questions about how valid that estimate is.

Georgia isn't the only state to inflate the benefits of film production.

One especially dubious study of film tax credits, prepared for the New Mexico State Film Office, claimed that tourism alone driven by the filming of No Country for Old Men, 3:10 to Yuma, Indiana Jones and the Kingdom of the Crystal Skull, and Wild Hogs (a forgettable 2007 comedy starring Tim Allen, Martin Lawrence, William H. Macy, and John Travolta as an over-the-hill biker gang) generated more than $100 million in income for state residents over a four-year span.

In other words, a lot of people supposedly wanted to see where Indiana Jones survived a nuclear blast by hiding in a fridge or where John Travolta dressed like this: 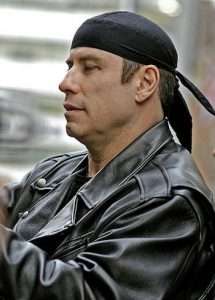 Most research on film tax credits show that they don't have much of an impact on economic growth. A National Bureau of Economic Research study from this June found that film subsidies only have a marginal impact on where TV series are filmed, and that they do not increase feature film location, employment, economic growth, or wages. Studies from Michigan and Massachusetts have found that the average length of a job credited to a film tax incentive program lasts less than a month.

Subsidies can even hurt a state economy, by shifting economic resources away from productive industries and toward politically connected ones. If it weren't for the tax subsidies, the money that Georgia directs to film production could instead go to reducing taxes broadly, allowing the people of the state to decide which businesses to support. In the meantime, there's a good chance production companies would come even without the subsidies.