Like a prehistoric mosquito trapped in amber, the indecency rules enforced by the Federal Communications Commission (FCC) are an artifact from a distant past loaded with DNA the regulators periodically try to use to engineer new censorship monsters. 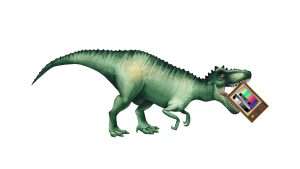 Most people have at least some passing familiarity with these rules, which were codified in Section 1464 of the U.S. Criminal Code but immortalized by George Carlin's "Filthy Words" monologue. The law has been on the books in various forms since Congress took an early crack at regulating the new medium of radio in 1927, but the corresponding FCC regulations didn't really begin to take shape until the 1970s. That was when Carlin's satirical commentary on the rules—and the Supreme Court's 1978 affirmation of an FCC sanction based on it—set the policy in stone, making it the only legal standard ever created by a stand-up comic.

Congress had no specific plan for what speech would be included when it prohibited "obscene, indecent, and profane" broadcasts. Nor did the Commission have any clear notion of what speech might be banned when it adopted a regulation outlawing "patently offensive" descriptions of "sexual or excretory activities and organs, at times of day when there is a reasonable risk that children may be in the audience." But Carlin had some idea what this meant, and he boiled it down to seven words that will "curve your spine, grow hair on your hands and…maybe even bring us, God help us, peace without honor." They are shit, piss, cunt, fuck, cocksucker, motherfucker, and tits.

Why is tits on the list, you might ask? Because it serves as a monosyllabic exclamation point, and because it is funny. Carlin changed the number of words from time to time as he honed the bit, but the original seven are remembered best because they were the ones the Supreme Court considered in FCC v. Pacifica Foundation.

In that case, the justices narrowly upheld the FCC's decision to admonish (but not fine) the Pacifica station WBAI for airing a discussion program on language that incorporated the Carlin routine. The Court stressed two points. First, indecent (but not obscene) speech is protected by the First Amendment. Second, indecency could not be restricted in traditional media such as newspapers and magazines—but it could be on radio and television. And even then, the FCC couldn't ban indecency altogether: It could only relegate such speech to late-night hours.

The theory was that radio and TV, unlike other media, were "uniquely accessible to children" because on-air words and images could come into the home unbidden.

No one was more surprised at the decision than the FCC. The Justice Department had refused to defend this frail and untested theory at the Supreme Court, leaving the commission to send one of its own attorneys, Joe Marino, to argue the case. The FCC fully expected to lose (as it had in the court of appeals), and it has been in a total fog as to how to apply its amorphous standard ever since.

At first, FCC Chairman Charles Ferris said the rules would be enforced only against the seven Carlin words (unless their use was fleeting or inadvertent). The commission followed that policy for nearly a decade but abandoned it in the late 1980s in response to political pressure. Instead, it adopted what it called a "generic" indecency standard.

The policy was initially applied almost exclusively to radio, not television. That changed abruptly in the early 21st century in the wake of some unscripted swearing on awards shows and the infamous 2004 Super Bowl "wardrobe malfunction." With Congress breathing down its neck, the FCC altered its policy yet again, eliminating its forbearance for "fleeting" or "inadvertent" material, sanctioning even news programs, and vastly increasing fines.

This lead to eight years of litigation and two trips to the Supreme Court. While the fines the commission had levied were thrown out, the indecency standard survived.

This is where Cynthia Chris, a professor of media culture at the College of Staten Island, picks up the story. In The Indecent Screen, Chris provides a useful discussion of the origins and rationales for the FCC indecency rules, but the focus of her analysis is the two decades since the passage of the Telecommunications Act of 1996. She describes the foibles and inconsistencies of the FCC's attempts to apply its indecency rules during a time when the technological assumptions on which they're based have long since been eclipsed.

Chris reaches the right conclusion: "More than ever, it is urgent for us, as media consumers and as citizens, not only to tolerate free speech when it is uncomfortable, not only to defend protections for free speech, but to demand them and to respond to speech that is hateful, false, abusive, or discriminatory." But her book adds little to a field already occupied by such works as Marjorie Heins' far superior Not in Front of the Children. It also sometimes suffers from reliance on academic jargon and on secondary sources, and it describes some key cases inaccurately.

Take her discussion of the wardrobe malfunction case. Chris correctly notes that the court of appeals threw out the $550,000 fine against CBS—but then writes that the Supreme Court declined review in 2009, leaving the lower court's decision intact. Not quite: The high court in fact granted review, vacated the lower court decision, and remanded it for further proceedings. The case dragged on another three years, and then the appellate court affirmed its original decision. The Supreme Court finally denied review in 2012.

The Indecent Screen also misses the opportunity to examine the constitutional obsolescence of indecency regulation in the age of multichannel delivery systems and streaming video. For example, after the Communications Decency Act tried to impose the indecency standard on all internet communications, the Supreme Court eviscerated it as an obvious First Amendment violation. Yet Chris mentions the landmark Reno v. ACLU decision just twice in 179 pages, and then only in passing.

Other points made in the book seem to come more from the author's preconceptions than from actual data. Chris claims that "women's language is more policed, and self-policed, than that of men." Her evidence for this is drawn mainly from the amount of coverage accorded by US Weekly and People magazine to on-camera gaffes by female vs. male celebrities. This seems to discount the fact that the FCC's "generic" indecency policy was created to go after "shock jocks" like Howard Stern and Bubba the Love Sponge.

The author's assumptions overwhelm her research again when she discusses the FCC's record fine (for a single station) of $325,000, imposed on WDBJ in Roanoke, Virginia, for a news story about a former porn actress who had become a volunteer emergency medical technician. The FCC got involved because an editing mishap resulted in a tiny image from the actress's website appearing in the background of one shot for less than two seconds. Chris observes that station owner Schurz Communications raised strong arguments against the fine but dropped its challenge before a decision was reached after it sold the station to Gray Television Group in 2016.

Chris' takeaway is that greedy corporations don't care about free speech. "In WDBJ's appeal," she writes, "pursuing First Amendment principles took a back seat to riding a wave of industry-wide consolidation. In this case, it would seem, the old Bush-era lament that indecency fines are just 'the cost of doing business' in a hypercompetitive race for ratings seemed to gain new traction, but with a twist. Instead of ratings, the race was now on for deep-pocketed station-owning chains to gobble up smaller station groups and accumulate more vast market shares."

What actually happened was quite different. Schurz opposed the FCC's Notice of Apparent Liability and was prepared to appeal the matter through the courts. Then the commission threatened to hold up a pre-existing sale of the company's stations unless Schurz paid the fine and dropped the appeal. Schurz offered to pay up if it could keep its right to continue challenging the ruling, but the FCC would not budge—the sale was held hostage to the case going away.

Regulatory extortion like this explains how the FCC has managed to preserve speech regulations that are both inconsistent with basic First Amendment principles and ineffective in an age when young people can access virtually all media through their phones. The Indecent Screen would have been a better book if it had explored the abuse of governmental power inherent in such dubious rules.

U.S. Troops Were Supposed To Leave Afghanistan on May 1. Biden Will Keep Them There Until September.

The FDA's Decision To Pause J&J Vaccination Will Kill People

Biden's Gun-Limitation Schemes Make a Mockery of His 'Unity' Message

The president is picking fights with much of the population and further dividing the country.