Entertainment Weekly opens its new interview with Tim Allen by calling the old Home Improvement star (*) a "conservative comedian." But when the magazine gets around to asking Allen to describe his politics, he replies: "Politically I'm kind of an anarchist if you see my stand-up. I'm for responsible government that actually does what we pay them to do." 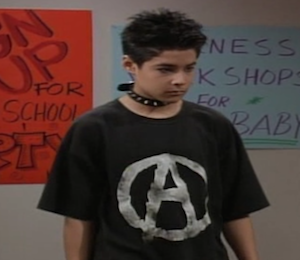 That's a novel definition of "anarchist," though I don't suppose it's any further off base than whatever definition the Sex Pistols were using.

In any event, Allen goes on to explain his politics a bit more: He voted for John Kasich, he doesn't like paying taxes, and he'd like "a little menu on my tax returns where I could tell them where my money would go." That last idea is usually labeled "tax choice," but in Allen's honor I'm going to start calling it "Kasich anarchy."

(* I know that's an outdated reference, but I may be the last man standing who has never seen Last Man Standing.)

John Osterhoudt | From the July 2021 issue

Brickbat: Every Picture Tells a Story

"I chose to be that guy who didn't issue the apology," says Daniel Elder. "Things went from there and it wasn't good."

Reason tried out the field test kits used to test for drugs in prison. They were unreliable and confusing.