"Top secrecy is translated into public participation and responsibility by the magic flexibility of the controlled news leak."
—Marshall McLuhan

The first time anyone ever leaked a story to me, way back in the 1990s, he declared himself a whistleblower. That was one of the first words out of his mouth: "whistleblower." And the word fit. He was phoning to tell me about something his boss had done that was at least arguably improper.

He didn't mention it, but it didn't take much digging to discern that my anonymous source had a hidden motive too. He had been passed over for a promotion, and he was pissed about it. 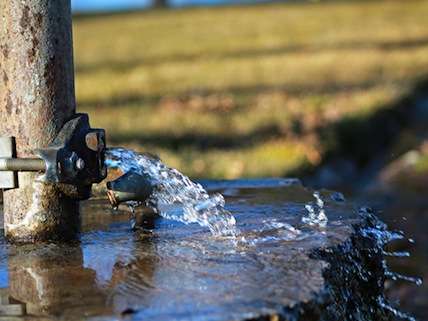 One lesson here is that leakers don't always have noble motives. A second is that you can have shady motives and still reveal a legitimate story. Deep Throat didn't leak information about the Watergate investigation to Bob Woodward because Richard Nixon's crimes offended him. He was a high-ranking FBI guy with his own history of trampling the Constitution, and his leaks were part of a complex game of bureaucratic warfare. Nonetheless, they exposed significant facts.

But the biggest lesson in my little tale is that leaks are a standard part of how modern government works. I was an obscure reporter; my informant was an obscure bureaucrat. This wasn't Woodward-and-Bernstein stuff. But the informal rules and rituals of the leaking game were accessible to us too. The back channel to the press was an established part of the political process, and it had been for a long time.

Tyler Cowen makes that point well in a column at Bloomberg today:

Sometimes governments trade leaked information to reporters, to curry favor. Other times leaks are used to hurt rivals within the public sphere, or a leak can serve as a trial balloon to test the popularity of an idea. Leaks also may help a president's Cabinet members build up their own internal empires, which can boost a president's agenda.

Or the American government may want to inform its people about, say, drone operations in Yemen, but without having to answer questions about the details. In this regard, leaks may substitute for more direct congressional oversight, to the benefit of the executive.

In other words, leaks are part of how the government manages the press and maintains its own popularity. A leak can get a story onto the front page, or if the first leak did not create the right impression, the information flow can be massaged by yet another leak.

Any war on leakers therefore involves a certain degree of institutionalized hypocrisy. The Obama administration tried to crack down on the leaks it couldn't control, but that doesn't mean it stopped leaking info itself. Cowen quotes Obama's chief of staff, William Daley: "I'm all for leaking when it's organized."

Where I part company with Cowen is when he writes this:

Well, if that policy were pursued successfully, the only leaks that would occur would be "approved" or government-intended leaks, and everyone would figure this out. The government could no longer use leaks as a way of providing information or making threats in a distanced manner with plausible deniability.

While that's true, it may be beside the point, because I'm not sure it's actually possible to pursue that policy successfully. Eradicating unwelcome leaks would be an enormous task. Millions of federal employees and contractors have access to classified data. Many others have info that's worse than classified: It's embarrassing. They also have access to high-tech tools that can allow them to get documents into journalists' hands without exposing themselves to scrutiny.

Trump may well intensify Obama's crackdown. (The New York Times reported last week that the president's "top advisers are considering an 'insider threat' program that could result in monitoring cellphones and emails for leaks.") But that doesn't mean he'll actually manage to stop the flood of information from the federal workforce to the outside world. If his administration wants to plant a story in the press, there will be plenty of unauthorized leaks to serve as camouflage.

The Problem With the Met Gala Wasn't AOC's Dress, It Was Pandemic Hypocrisy

If the FDA Doesn't Kill the Vaping Industry, the Democrats' Tax Hike Just Might