The Political World of Bob Dylan is a new book by the political scientist Jeff Taylor and the historian Chad Israelson. (That isn't the Jeff Taylor who sometimes writes for Reason, but he is a fellow we've written about.) I blurbed it. This is what I wrote:

By taking the rare step of giving Bob Dylan's evangelical records and their cultural context the serious attention they deserve, Jeff Taylor and Chad Israelson have revealed yet another side of the singer: Dylan the Christian anarchist. 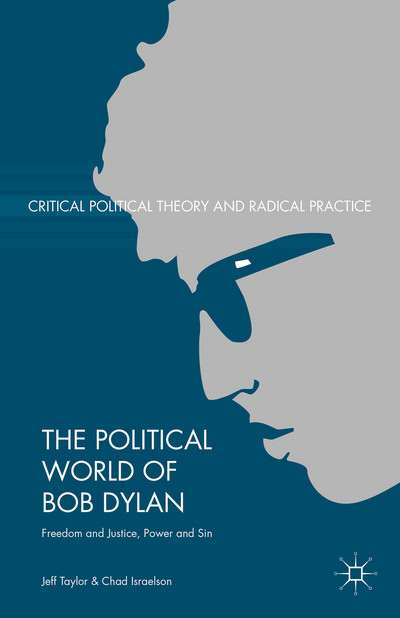 I should probably add here that Taylor and Israelson use the word "anarchist" in a broader sense than Reason readers are probably used to—in their hands it refers more to a general contempt for politics and government than to an actual radical platform. At any rate, their discussion of Dylan's Christian years and the social forces it reflected is thoughtful and textured.

It also includes a bonus for any aficionado of strange conspiracy theories: In their interview with one of Dylan's former personal assistants, Dave Kelly, he relates a bizarre tale in which a mysterious man supposedly wormed his way into Dylan's entourage while the singer was playing a series of shows in San Francisco in 1979. According to Kelly, the stranger went out to dinner with Dylan and concert promoter Bill Graham for several nights, with Dylan assuming the man was a friend of Graham's and Graham assuming the man was a friend of Dylan's. The fellow then allegedly explained that he was a representative of "The Fifty-Five Families," an Illuminati-like group that had sent him to keep tabs on the musician. If nothing else, this tale deserves a place of honor in the Annals of Rock Rumors.

The discussion of Dylan's evangelical period takes up about half the book, so there's a great deal more here as well. (There's an interesting exploration, for example, of how Minnesota's political history shaped Dylan's worldview.) But if you're interested in the apocalyptic mindscape of the '70s, the Christian section should be especially enticing.

Bonus link: I'm one of the handful of non-Christians who like Dylan's religious albums. Or at least the first two of them. My reasons are here.