The recent police-related deaths of 43-year-old Allen Kephart in Lake Arrowhead, California and 37-year-old Kelly Thomas in Fullerton, California have sent shockwaves through the their respective communities. Indeed, both are being investigated by the Federal Bureau of Investigation.

The death of Thomas, a homeless schizophrenic beaten into a coma by Fullerton police, is also being investigated by the Orange County District Attorney's Office. His case is not the first time Orange County law enforcement has been accused of applying excessive force to a mentally ill homeless man.

In October 2007, 28-year-old Michael Patrick Lass was living on the streets of Santa Ana when police stopped him for having an open container of alcohol. At the time of his arrest he was alcohol-dependent, schizophrenic, bipolar, and had a history of seizures.

The altercation that led to Lass's death took place at the Orange County Central Jail, where Lass was sentenced to serve five days after pleading guilty to public intoxication. The day Lass would have been able to leave he felt ill and asked for medical attention. Lass was ordered to leave his cell and after repeatedly looking over his shoulder while being directed by a deputy, he was tackled to the ground and a melee ensued.

Lass was shocked with a Taser nine times and the county's autopsy said he had multiple contusions on his body, "involving the head, neck, torso and extremities." The struggle was captured on film. "I can remember viewing the film and at one point while they are beating him Michael tells them, 'You're killing me.' Literally: 'You're killing me'," says Frederick Lass.

Frederick Lass sued Orange County and six deputies involved in the incident. Although neither was found liable in that case, Orange County later revised its Taser policy so that deputies would not be able to use Tasers on restrained suspects unless they display "overtly assaultive behavior."

While an improvement, the American Civil Liberties Union of Southern California says the policy didn't go far enough. Executive Director Hector Villagra sent a letter to Sheriff Hutchens in January 2009 urging still-stricter use of Tasers, pointing to five people who have died since 2005 after being stung with the weapon.

Like the cases of Allen Kephart and Kelly Thomas, the death while in custody of Michael Patrick Lass raises troubling questions about police procedures—and the power of surveillance videos to shine a bright light on the workings of the criminal justice system.

Go to Reason.tv for downloadable versions of this and all our videos, and subscribe to Reason.tv's YouTube Channel to receive automatic notification when new content is posted. 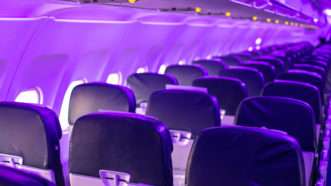