Writing in Salon, Aruna Viswanatha describes India's health care system as "an anarchic hodgepodge, with little insurance, little regulation and a range of services offered by hundreds of government-run, trust-run and corporate hospitals." It is by no means a purely free-market approach, but it's much more market-oriented than the American model. Among the results: 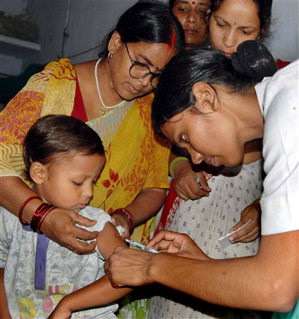 Almost 25,000 doctors graduate from India's medical schools every year. Because there is so much competition, doctors and hospitals are forced to keep their prices low to get patients. Residents, who go to medical school straight from high school, only make the equivalent of a few hundred dollars a month. An average surgeon's salary would be around $8,000 per month. The take-home pay to fix a hip fracture, for example, might run between $100 to $300, out of the $1,000 fee to the patient, says orthopedic surgeon M.S. Phaneesha. At his hospital in Bangalore, he says, there are 20 orthopedic surgeons alone on staff. For 1,600 beds, the hospitals employs around 700 doctors full-time; 300 of them are surgeons. In the U.S., by comparison, a first-year resident might take home around $2,500 each month, and the average surgeon more than $20,000 per month. A hip fracture would cost a patient around $30,000, of which the surgeon's charge is $5,000. Even general practitioners in America earn on average more than $100,000 a year.

Another factor in India's costs is the tiered system of beds that most hospitals employ. One night in a general ward at the private Artemis Health Institute in a New Delhi suburb, for example, costs around $20 per night. One night in a single room, or a deluxe, or a suite, though, will cost you between $100 to $200. Services are similarly tiered. A general ward patient at Artemis would only pay $2 for an X-ray, while single-room patients would pay more. There are so many hospitals, says Artemis' chief operating officer Jose Verghese, that rates at the lower end stay low.

In addition, health insurance is uncommon in India, so patients typically pay out of their own pockets for routine care. That too plays a role in keeping costs low.

As a result, medical services in India are faster, cheaper, and far more consumer-friendly than here. Some examples:

It was about 9:30 in the morning. My friend, who works for an outsourcing firm, called a gastroenterologist — not a general practitioner but a specialist — and set up an appointment for 10 a.m. We drove to the hospital, a mile away. It looked brand-new; the floors were shiny and everything glistened. The staff was courteous and the whole place was quiet. The doctor called me in at 10:02. He diagnosed the problem as a bacterial one, gave me a list of what to eat and prescribed a course of antibiotics. The pharmacy counter where I could pick up the drugs was just outside his office. The cost to see the doctor? $6. The pharmacy bill was about $1. Total cost, $7, with no insurance company involvement whatsoever.

Before I left New York, I had spent $20 just on a copay to visit a doctor and get a blood test done, another $20 copay to pick up the test results, and a third $20 installment for a tetanus shot. That was $60, plus whatever my insurance company paid, just so I could get a clean bill of health….

Even emergency care in India seems to work along the same lines. The same friend who first called a doctor for me had been in a horrific car accident about eight months before I arrived. He was taking a right turn at 2 in the morning when a truck came from the opposite side, ran into his car and just kept going. His femur was broken like a twig, as were his collarbone and wrist. His lip was split and his nose was hanging off his face. Two months and a few surgeries later, he walked out of the hospital. He walks now without any aid and has had no major complications. The total bill, paid by his Indian insurance company, was less than $10,000. A similar accident in the U.S. would run up a $200,000 bill and bankrupt almost anyone who didn't have health insurance.

Given all that, you'd think the point of the article would be the ways we can learn from India. Instead, Viswanatha notes some similarities between the two nations' systems, then concludes that "it is remarkable that the healthcare system of the world's most powerful country has anything at all in common with the healthcare system of an emerging industrial nation, and so little in common with the systems of the other Western democracies." Apparently, in the mainstream health care debate, the only models you're allowed to cite are countries that are relatively rich and white. Aside from some socialists smitten with Cuba, hardly anyone wants to look to the Third World.

That's a mistake. The Indian system is far from perfect, and Viswanatha lists several problems with it. But from an American perspective, her two chief objections to the Indian approach shouldn't be dealkillers. Taking them one by one:

But this type of care isn't available to all Indians, since the average income in the country is still around $65 per month, and more than 300 million Indians out of a population of 1.2 billion still live on less than $1 per day.

That's a genuine and severe problem, but it's a much bigger one there than here — America has plenty of poor people, but poverty is far wider and deeper in the subcontinent. It's thus much easier to think about ways to bridge those gaps here in the U.S. 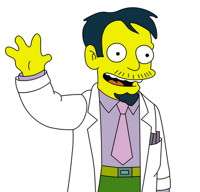 Only a handful [of Indian doctors] are from reputable institutions….Quality of care varies throughout India, and is a big concern in smaller towns, where the more questionable institutes are based. But it is also a concern in the big cities.

I'm not sure if this is a bug or a feature. There is a middle ground between "brilliant surgeon" and "dangerous quack," a zone that includes categories like "perfectly capable of dealing with a fractured tibia but not someone you want poking around your heart." The important question is how powerful and accurate a system ordinary Indians have for gauging different doctors' reputations. Unfortunately, Viswanatha doesn't explore that topic.

At any rate, learning from a country doesn't mean copying it wholesale. It means adapting the things it's doing right to a different social context — by, say, reducing our reliance on insurance and eliminating our artificial restrictions on the supply of medical providers. There's an unstated assumption that the institutions that have grown up around the American and European medical systems are a cause of our higher standard of living. But what if they're a product of that wealth: vast bureaucracies that no nation needs but only the richest can afford? India is already a destination for medical tourists seeking more affordable care. If we could combine our wealth with Bangalore-style competition, they wouldn't need to travel: Prices would come down and doctors would be much more responsive to consumer demand, this time in a country where far more people can afford to participate in the medical marketplace.