The independent historian Shawn Wilbur has just posted a pamphlet by Ernest Crosby on one of my favorite side alleys of American history: the career of Samuel M. "Golden Rule" Jones, co-founder of the Ohio Oil Company and mayor of Toledo from 1897 to 1904. Jones is notable for trying to mix two intellectual traditions that aren't easily combined, the pacifist anarchism of Leo Tolstoy and the regulatory reformism of the Progressive Era. In Crosby's words,

Although Mayor Jones repudiated all force, he still saw in the state "the only instrument through which the people may express their love for one another." His ideal was undoubtedly a state free from all imputation of force. 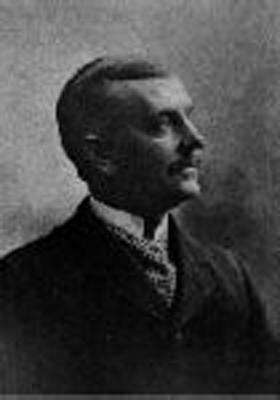 In practice, this meant he passed a lot of standard-issue Progressive reforms—a minimum wage, an eight-hour day, free kindergartens—but didn't like putting people in jail. "The charter of Toledo provided that in the absence of the police justice the mayor could occupy his place," Crosby writes, "and on several occasions he did so." Those were the best days to be arrested in Toledo:

On the next court day three men were brought before him on charges of burglary and petty larceny, and two of them pleaded guilty….On the following morning before going to the court room the Mayor went to the turnkey's office, and calling the three men before him he gave them a good talk. "He reminded the Wilsons," says the newspaper reporter, "it was a crime to steal from the poor, at least that was the way his argument sounded" (but perhaps the reporter missed its full effect). "He spoke to the men at length, and then, shaking hands all round, told them to go home and be good citizens." No announcement of any decision was made in court, but on the docket the Mayor entered the words, "dismissed, sentence reserved," the meaning of which is perhaps a little hazy.

On this day another case came before him involving the misdemeanor of using a gambling device in the form of a "penny-in-the-slot" machine. The Mayor was very impatient of the time consumed by the lawyers, and apparently was not much shocked by the transgression. "The best way to dispose of this case in my opinion," he said in conclusion, "is to turn the machine over to the owner and let him stand it face to the wall….The defendant is dismissed."

After this went on for a while, Crosby reports, the state of Ohio repealed the law allowing the mayor to serve as a magistrate.