For a high school extracurricular project, my son Sam, with the help of his brother Ben, put together these Stand With Ukraine Flip-Flops, which he's selling at StandWithUkraineFlipFlops.com. Sam is into zoos (he's a volunteer Avian Specialist Docent at the L.A. Zoo), so all proceeds will be donated to benefit Ukrainian zoos, which have apparently been hard hit by the war (and, of course, as most of you know, I'm from Ukraine, so Sam feels a connection because of that). The particular charity he's routing it to is the European Association of Zoos and Aquaria and its Emergency Appeal for Ukrainian Zoos, in which the L.A. Zoo is participating. Check them out if you're interested! 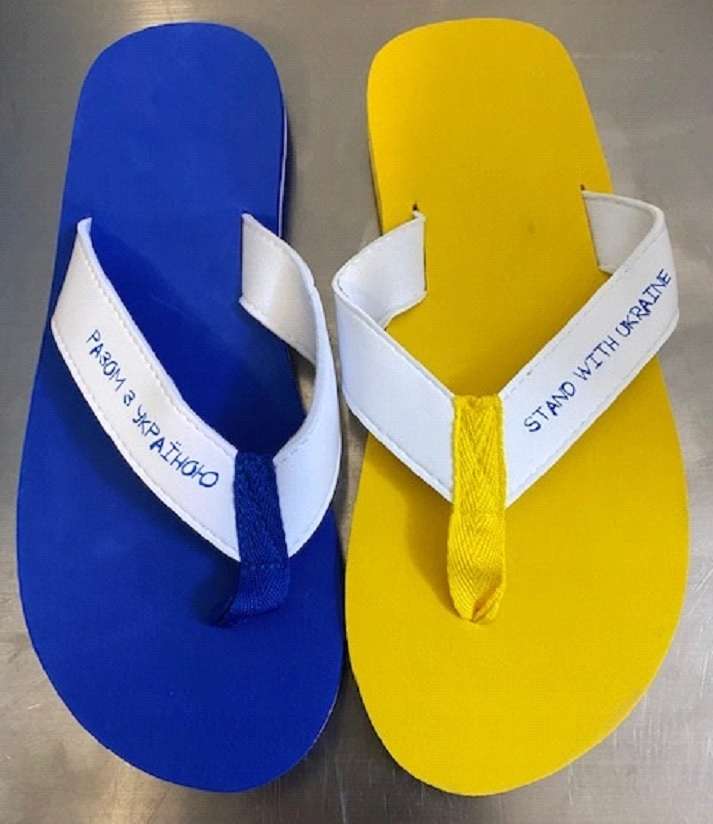 The Ukrainian phrase, "Разом з Україною," literally means "together with Ukraine," but that's the standard way that "stand with Ukraine" is expressed in Ukrainian.