Since December 13, the NFL reports that 476 of the 1,696 players on its active rosters—a bit more than 28 percent—have tested positive for COVID-19. That compares to 428 players who went on the COVID reserve list for the entirety of last year's regular season.

This is happening even though 94.6 percent of NFL players (average age: 26 years) and nearly 100 percent of league staffers are fully vaccinated. On December 13, the NFL required that coaches, front-office staff, and team personnel get COVID-19 booster shots by December 27. The NFL Players Association, the labor union for NFL players, is still negotiating boosters for team members.

The NFL is also different in that players work in extended close contact in locker rooms, practice fields, and stadiums. Nevertheless, the ease with which the omicron variant appears to infect healthy, fully vaccinated young adults suggests that the omicron variant will spread quickly and widely through the U.S. population in the next month or so. Although it reflects the Christmas holiday testing backlog, on Monday the tally of diagnosed COVID-19 daily cases rose to about 540,000, which is more than 200,000 above the previous daily high reached last January.

First, the good news is that about two-thirds of the NFL players who test positive for COVID-19 are asymptomatic and most of the others experience mild symptoms. Taking account of his possible conflicts of interest, NFL Chief Medical Officer Allen Sills declared just before Christmas that the league had not seen verifiable transmission of the virus by asymptomatic players.

Second, there is some further good news for those of us who have gotten our booster shots. A third inoculation of either the Pfizer/BioNTech or Moderna vaccines is initially 60 percent effective at preventing symptomatic illness from the omicron variant (although the protection does appear to drop to about 40 percent after three months). 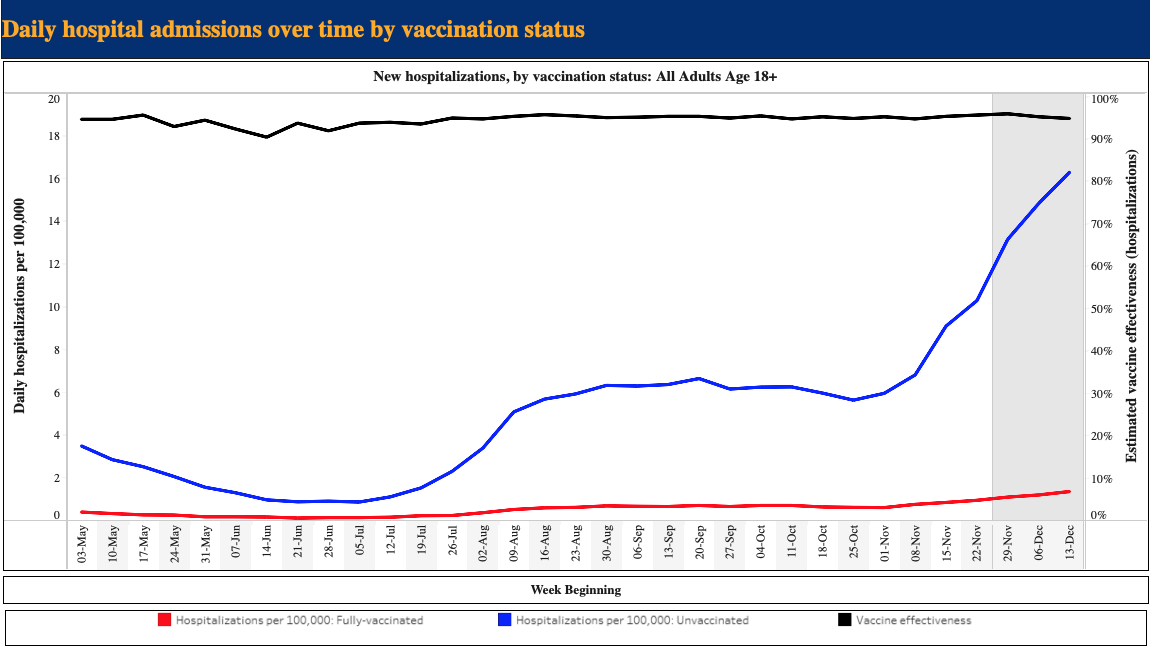 Keeping in mind the manifold deficiencies of epidemiological modeling, researchers at the Institute for Health Metrics and Evaluation at the University of Washington School of Medicine forecast that while as many as 140 million Americans may eventually be infected by the omicron variant, more than 90 percent of them may never show symptoms.