President Joe Biden has invited the leaders of 40 countries to participate in a virtual Earth Day climate change summit starting tomorrow. To address the problem of man-made climate change caused by burning fossil fuels that load up the atmosphere with heat-trapping carbon dioxide, Biden is reportedly going to announce during the summit that by 2030, the U.S. will cut its carbon dioxide emissions from energy related sources by 50 percent below what the country emitted in 2005.

In 2015, the Obama administration promised in its intended nationally determined contribution under the Paris Climate Change Agreement to reduce U.S. carbon dioxide emissions 17 percent by 2020, and 26 to 28 percent by 2025. As a result of the pandemic, the U.S. greatly exceeded its 2020 emissions cut pledge. 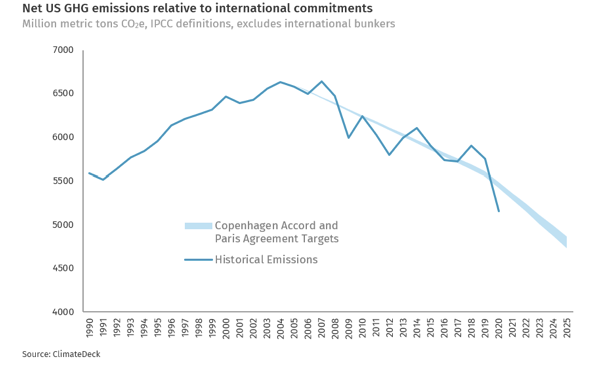 So, what would it take to meet Biden's goal of cutting U.S. carbon dioxide emissions by 50 percent over the next 10 years? University of Colorado political scientist Roger Pielke, Jr. parses some figures. He notes that getting from 4.6 billion metric tons (2020) to 3 billion metric tons would require emission reductions of more than 4 percent annually. Since 1991, he notes, "The only annual reductions > ~3% occurred during global financial crisis and COVID-19, but some other years have been close, sustained annual reductions have not yet occurred." 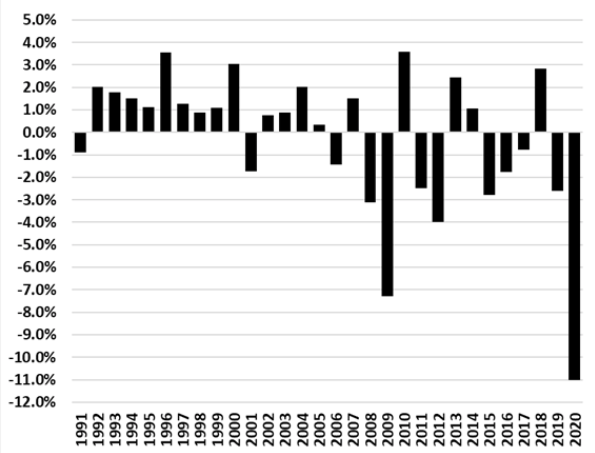 To make cuts of this magnitude, Pielke points out, would require annually retiring and replacing 3 to 5 percent of coal- and natural gas-fired electric power generation plants, 3 to 5 percent of fossil-fueled transportation, including cars, trucks, airplanes, and ships; and 3 to 5 percent of industrial emissions from sources such as concrete, petrochemical, and steel plants. Since 80 percent of future global warming is projected to result from carbon dioxide emitted from burning fossil fuels, Pielke cautioned against "accounting games" that include reductions attributed to land use and other offsets.

The good news, according to Pielke, is that the timeline implied by Biden's pledge provides solid benchmarks that make his administration accountable, such that observers will know within a year or two if his administration is succeeding or failing to meet its emissions reduction goals.