When historians speak of "the people," I cringe. Do they mean the industrial working classes? Do they mean historically disadvantaged groups in a broader sense? Do they mean the kind of checklist diversity one sees in contemporary advertising? Or do they actually mean everyone? I never know what to think.

Regardless of what David Berry intended people to mean in the title of A People's History of Tennis, I was excited to read the book. I am an avid reader of the history of tennis and have long had a scholarly interest in labor history. I held out hope that this book was less Howard Zinn and more Roy Rosenzweig, whose Eight Hours for What We Will (1985) was a serious study of working-class recreation and workers' efforts to assert autonomy from corporate paternalism in their free time. A number of other fantastic culturally oriented studies followed in Rosenzweig's footsteps, including Kathy Peiss' Cheap Amusements (1986), Robin D.G. Kelley's Race Rebels (1996), and Jackson Lears' Something for Nothing: Luck in America (2004). Unfortunately, A People's History of Tennis has a few more helpings of Zinn's leftist dualism than it does Rosenzweig's celebration of laborers who built a life of their own choosing outside of their daily work.

This is, to be clear, an interesting book. Berry catalogs some of the sport's most idiosyncratic figures, both well-known and forgotten, from both the recent and the distant past. He makes a strong case that tennis has a history beyond the pomp and privilege with which it is often associated. Berry's history of the game is filled with figures who worked cracks into the game's aristocratic foundations, opening the sport up to men and women of different races, socioeconomic backgrounds, and sexual orientations.

Major Walter Clopton Wingfield, the delightful crank who helped popularize lawn tennis in the 1870s, exemplifies the interesting characters who populate Berry's book. Wingfield promoted tennis as a civil and healthful game of skill for both sexes rather than as a Darwinian contest of brawn, helping establish tennis' appeal and social acceptability for both men and women. Other noteworthy gadflies in the book include the early tennis champion Lottie Dod, who argued successfully against changing the rules of the game for women to make it safer; George Elvin, the tennis star, trade unionist, and Labour Party activist who organized a "Worker's Wimbledon" in the 1930s; and Leif Rovsing, the Danish tennis star who was banned from the sport for his "presumed homosexuality" in 1917.

But Berry's book strays too far from these colorful characters too often. He has a tendency to reduce the past to predictably Manichean morality plays. The forces of "the powerful" roam around like the shark in Jaws, forever seeking to wreak havoc on the sterling designs of "the people," who themselves are presented as a fairly uniform whole—like a collective of scrappy Gavroches singing a chorus of "Little People" from Les Miserables. The likes of Major Wingfield and Lottie Dod are interesting enough in themselves. Berry's decision to steep his story in the tropes of socialist realism makes this otherwise excellent book weaker.

Berry also has a puritanical streak, which comes to the fore when he discusses the sport's sexuality. Berry is interested in people of different sexual orientations breaking barriers, but he is not very interested in people expressing their sexuality as either participants in or spectators of the game. He lauds the milestones crossed by LGBT players while avoiding all but the most cursory mentions of their actual sexuality. Berry's most pronounced discussion of sex in the book is an admonishment of male spectators for their "gaze" at provocatively dressed female tennis players. And this is supposed to be a book of "the people"!

Tennis' tent has proven the largest when the sport has gone beyond the courts, out into the streets, and become couture. For more than a century, kids of all social classes on both sides of the Atlantic have adopted the fashion styles popularized by the game's icons: Bill Tilden's V-neck sweaters, Suzanne Lenglen's revealing tennis skirts, Maureen Connolly's cardigans and pleats, the preppy-chic "polo" shirts of René Lacoste and Fred Perry, the sleek Adidas shoes known as Rod Lavers and Stan Smiths, the Nike athletic wear of the Williams sisters, the terry cloth headbands that have held back many a flowing lock, most memorably Bjorn Borg's.

In the U.K., the sport's iconography has played a particularly profound role in shaping youth culture. Fred Perry, Fila, Lacoste, and Adidas are standard issue for an array of subcultures in the British Isles. From casuals to chavs to mods, British kids have appropriated the styles of the court to express an identity apart from the humdrum of the everyday.

David Berry shows some interest in this aspect of tennis history. One of his book's most inspired sections profiles Lenglen's 1919 Wimbledon debut, where the English press dubbed her the "French Hussy" for her risqué attire—her mid-calf Jean Patou skirt, brightly colored cardigans, and silk chiffon headband. He also touches on the British fashion designer Teddy Tinling and the alluring outfits he created for the statuesque Gertrude Moran for her Wimbledon appearances in 1949. But his interest in fashion is scattershot, depriving his readers of a genuine sense of the practice of everyday life.

A People's History of Tennis is less a people's history of the game than an odds-and-sods history of groundbreaking individuals and formal political activism. It falls into the same trap as the work it pays homage to in its title, Howard Zinn's essential but hamfisted A People's History of the United States. To count as one of "the people" in either people's history, one has to be an obvious trailblazer for some disadvantaged demographic or part of an organized left-wing political movement.

Actual people, rendered in any sort of complexity, bear little resemblance to "the people" as invoked in these books' titles. However noble the authors' intentions, this approach turns the past into a floor plan for a coffee-shop manifesto. 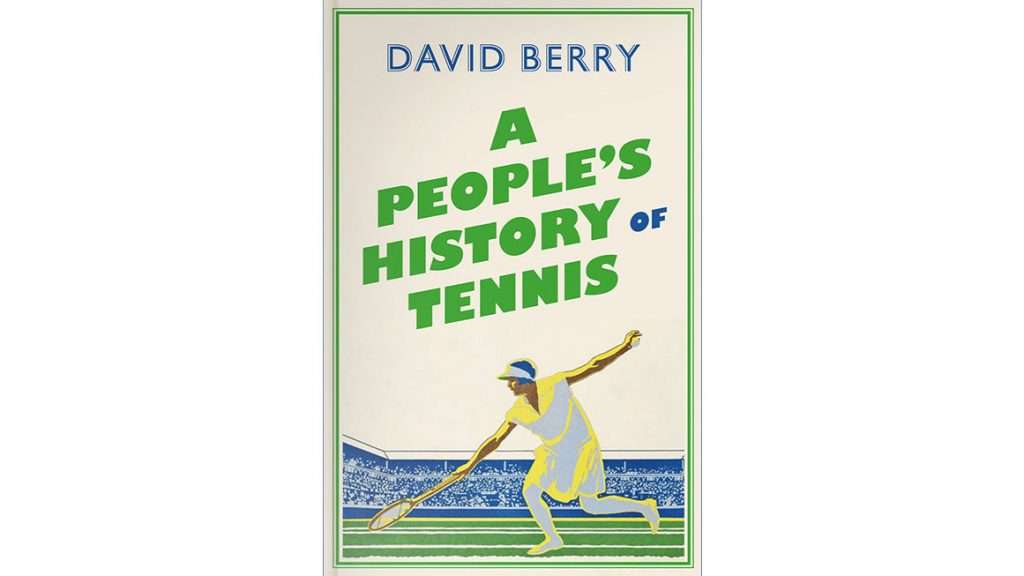