Chicago Mayor Lori Lightfoot campaigned on a promise to reduce the city's dependence on fines and fees to balance its budget, noting that fines and fees fall disproportionately on the poor and minorities. Now that Lightfoot is facing the possibility of a more than $1 billion deficit in 2021, her budget proposal calls for $35 tickets for anyone the city's speed cameras detect driving as little as 6 mph over the limit.

When Geauga County, Ohio, Juvenile Court Judge Timothy J. Grendell ordered two teenage boys to resume visitation with their estranged father, they refused. So Grendell had them locked up in a juvenile detention center for the weekend instead. 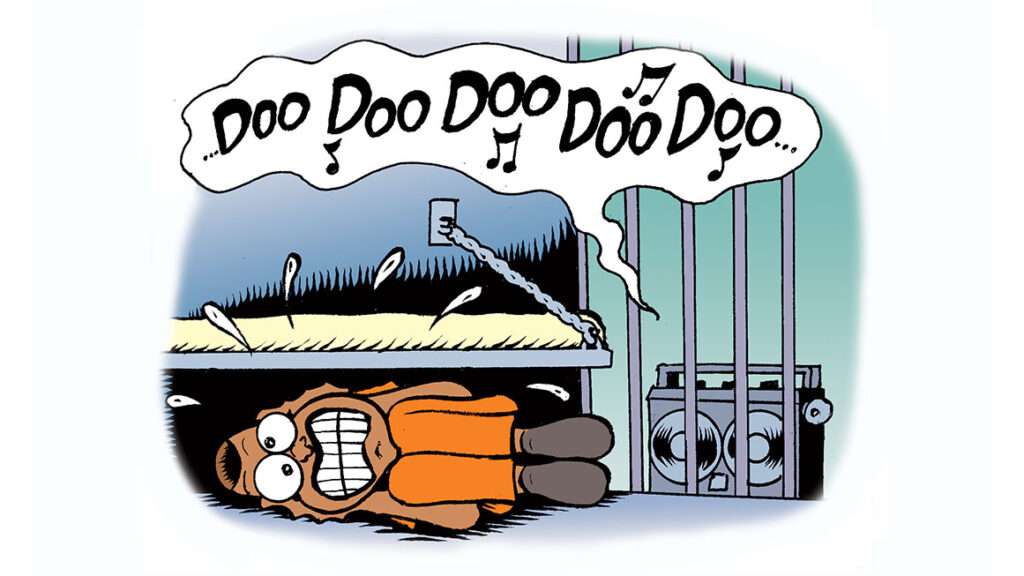 Oklahoma County, Oklahoma, District Attorney David Prater has charged two former detention officers and their supervisor with cruelty to a prisoner and conspiracy. Prater says the three forced inmates to listen to the children's song "Baby Shark" for extended periods of time.

Qatari officials took all the women off a flight scheduled to leave for Australia in October and strip-searched them. An infant had been found in a restroom at the airport terminal, and officials were reportedly examining the women for signs that one of them had recently given birth.

Four police officers in Milan, Italy, stopped a couple and issued them a 400 euro ($486) fine for kissing in public, a violation of the nation's mandatory mask rule. The couple protested that they are engaged and have been romantically involved for two years, but police would not budge.

In October, the Gloucestershire Constabulary in England said it would begin patrolling routes out of Wales looking for Welsh drivers who appear to be taking long trips. Cops will stop such drivers and order them to turn around; if they don't, police will report them to their Welsh counterparts for possibly violating a ban on nonessential travel. 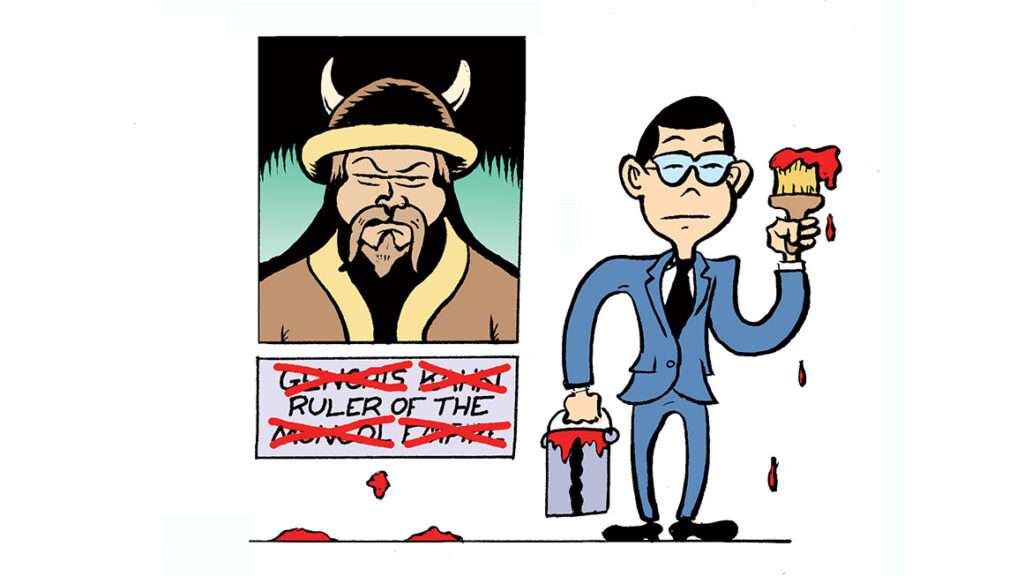 The Château des ducs de Bretagne museum in France has postponed an exhibit on Genghis Khan and the Mongol Empire. It was being put together with the help of a museum in Hohhot, China. But the Chinese Bureau of Cultural Heritage demanded control over the exhibit and ordered that certain words and phrases, including Genghis Khan, empire, and Mongol, be removed. 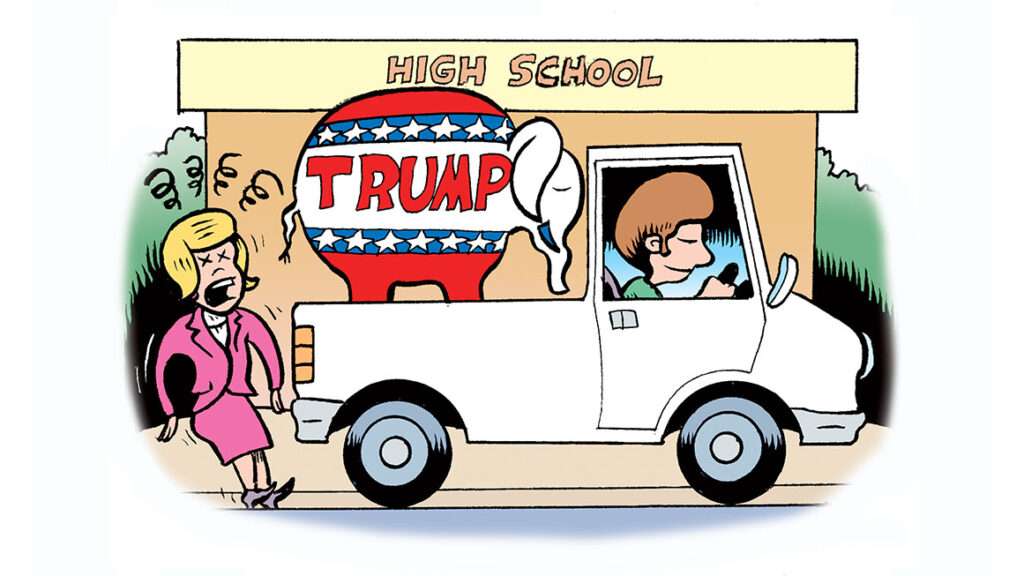 In the runup to the November election, a federal judge ordered that Tyler Maxwell, 18, be allowed to keep parking his truck at Florida's Spruce Creek High School. The principal had rescinded Maxwell's parking pass after he refused to remove a pro-Trump display, including a large elephant statue, from the truck.

When Dade City, Florida, police found Gwen Donahue, a 74-year-old dementia patient who had wandered away from her nursing home, they ran her name through their database and found that she had a warrant from nearly a decade ago. Rather than return her to her nursing home, they arrested her. Donahue's daughter says the warrant was for driving under the influence and that her mother completed her sentence, except for a two-hour online course. It took the family nearly a week to get a judge to sign a release order to get her out of jail.