The American Cancer Society's latest roundup of cancer statistics is now out and the news is generally good. The data on cancer mortality and incidence rates are through 2018 and 2017 respectively.

The report notes that "after increasing for most of the 20th century, the cancer death rate has fallen continuously from its peak in 1991 through 2018 [latest data], for a total decline of 31 percent, because of reductions in smoking and improvements in early detection and treatment. This translates to 3.2 million fewer cancer deaths than would have occurred if peak rates had persisted." The falling cancer mortality trend can be largely attributed to increased early detection along with the advent of effective new treatments for various blood cancers, non-small cell lung cancer, and melanoma. 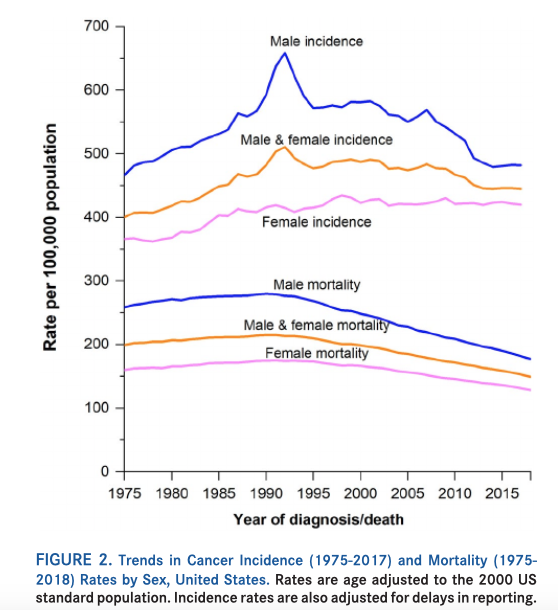 On the other hand, cancer incidence rates have flattened in recent years. As the report notes incidence trends reflect both patterns in behaviors associated with cancer risk (reduced smoking) and changes in medical practice, such as the use of cancer screening tests. 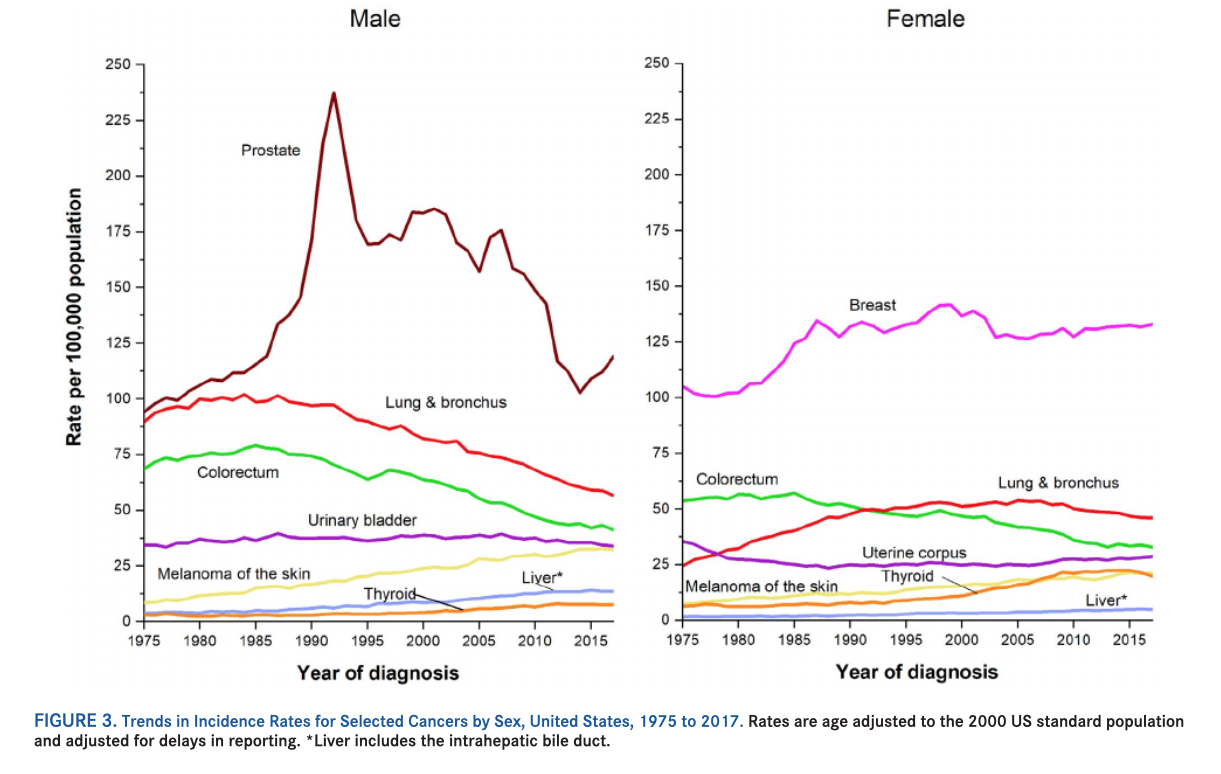 The report does note that in 2020, the diagnosis and treatment of cancer was hampered by the COVID-19 pandemic. One consequence in future reports may be a short-term drop in cancer incidence due to foregone testing followed by an increase in more serious later stage diagnoses and eventually increased mortality.