French President Emmanuel Macron announced plans to ban homeschooling as part of a draft law to combat radical Islam and religious separatism. Under his proposal, starting with the 2021 school year, all children over age 3 will have to attend a school registered with the government unless the child has a medical exemption.

When Harris County, Texas, sheriff's deputies arrived at his home seeking a man named Curtis Rogers, Louis Rodriguez told them they had the wrong house. Rodriguez, a retired police officer, then asked for their warrant. Instead of producing one, they knocked in his door and forced him and his family outside. The cops soon realized they were, as Rodriguez had told them, at the wrong house.

The Berkeley, California, City Council has unanimously voted to bar junk food from the checkout lanes of local supermarkets. The new law applies to anything with over 5 grams of added sugar or 250 milligrams of sodium as well as drinks with high levels of sugar or artificial -sweeteners.

Pineville, Louisiana, police officer John Goulart Jr. claimed he'd been shot in the leg in an ambush. But officials say he accidentally shot himself and made up the story to cover it up. Goulart has been charged with criminal mischief and malfeasance in office. 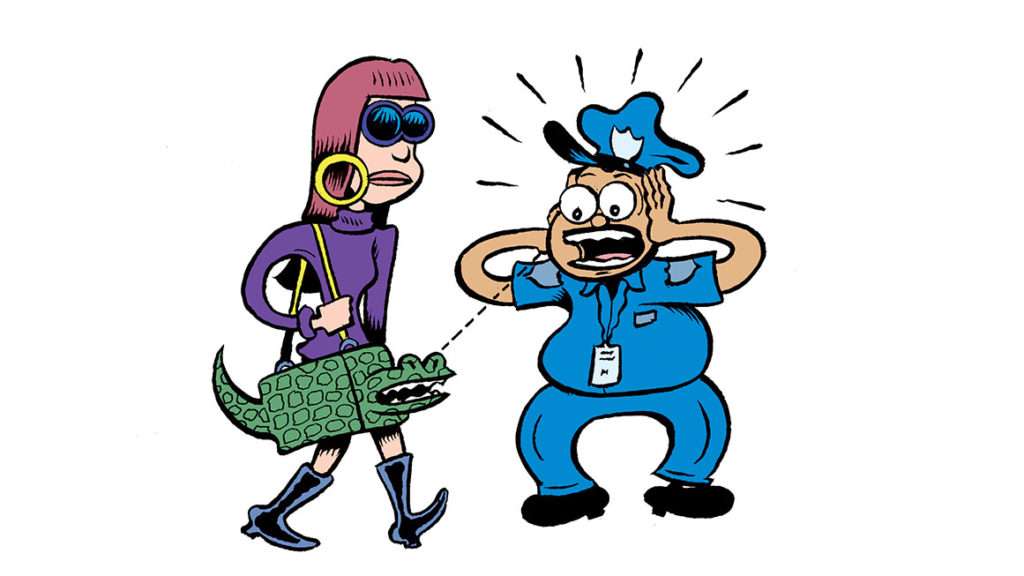 Australian Border Force Officials seized a woman's AU$26,000 (about $19,000) legally purchased alligator-skin purse and destroyed it because she had not purchased a AU$70 ($50) import license. Officials say she also could have been fined for trying to bring it into the country without a permit.

A sharia court in Nigeria has sentenced Omar Farouq, 13, to a decade in prison for blasphemy. He was accused of using foul language about Allah in conversation with a friend. The same court recently sentenced singer Yahaya Sharif-Aminu to death for blaspheming Mohammed.

San Francisco officials have kept private gyms closed for months to reduce the spread of coronavirus. But some city-owned gyms have remained open, allowing police officers and other municipal employees to work out. 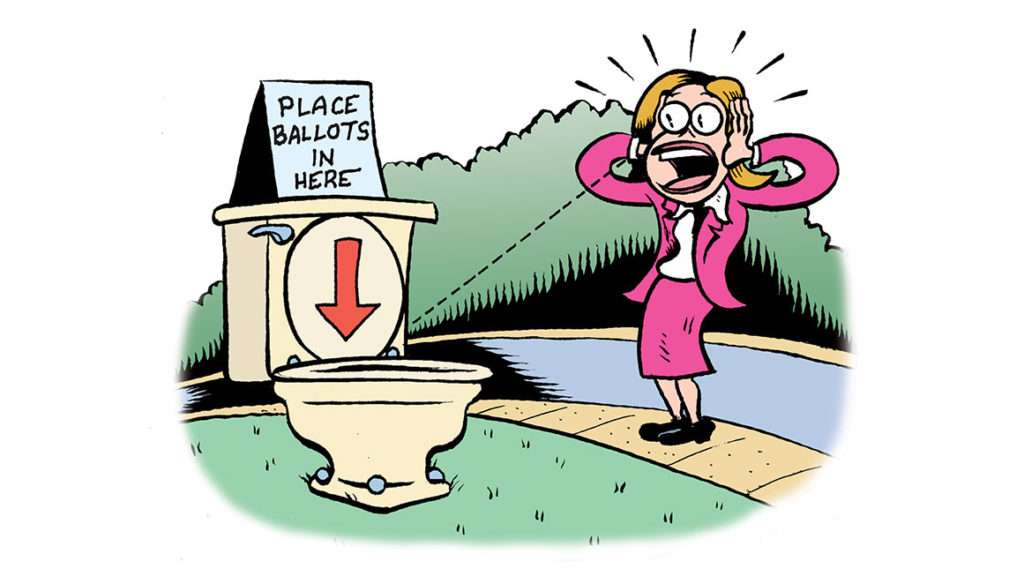 One Mason, Michigan, resident decided to express skepticism of absentee voting by placing a toilet on the front lawn with a sign reading, "Place Mail In Ballots Here." Ingham County Clerk Barb Byrum then filed a complaint with the police over the installation, saying it's illegal. "It's solicitation of absentee ballots into a container," Byrum said. "Our election integrity is not a game. I expect everyone to act appropriately, and this is unacceptable." 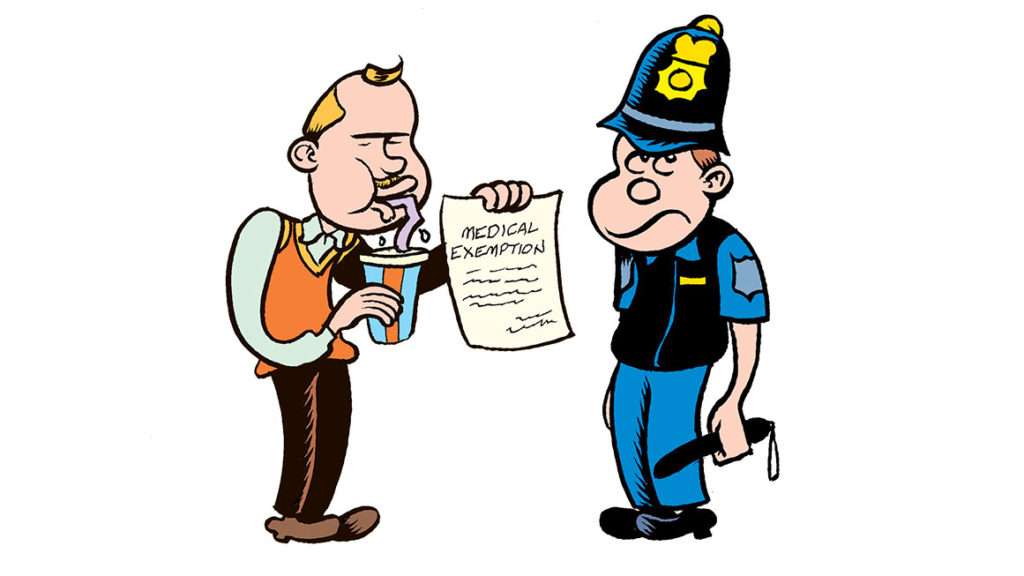 The British government has banned plastic straws, cutlery, and stirrers, as well as cotton swabs, in what officials say is an effort to reduce pollution. People with certain medical conditions will still be able to ask for plastic straws in restaurants and buy them at pharmacies.