The San Diego Police Department has issued 82 citations for "seditious language" since 2013. Because such citations are considered infractions rather than misdemeanors, those cited under the law are not entitled to a jury trial or legal counsel. After an investigation by local media, the department ordered officers not to enforce a century-old city ordinance banning such speech. 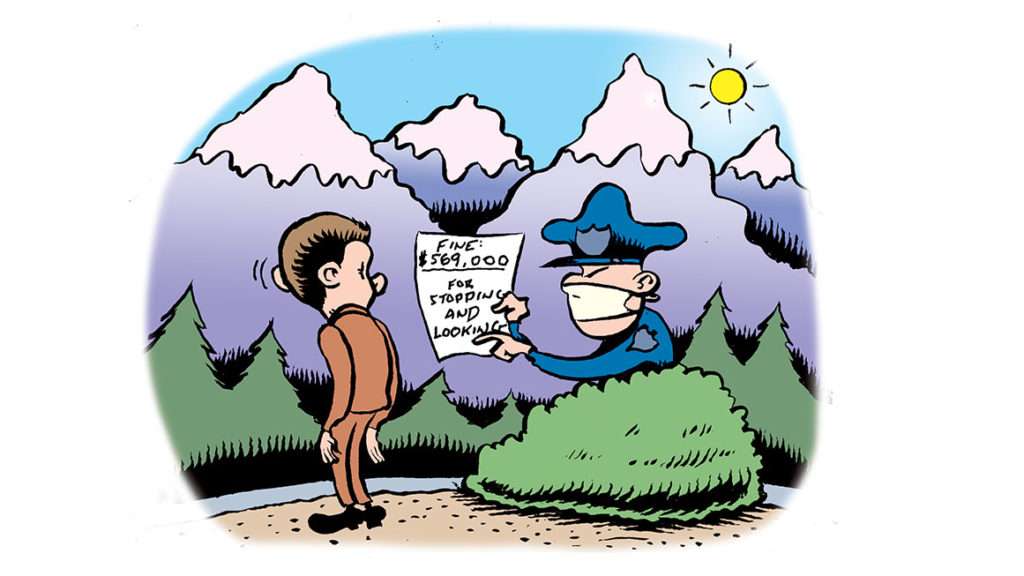 Kentucky resident John Pennington faces a fine of up to $569,000 and up to six months in jail after being caught sightseeing in Banff National Park in Alberta, Canada. Canada has closed its borders to U.S. travelers to reduce the spread of the coronavirus. It will allow U.S. residents to drive through Canada to Alaska, but they must take the most direct route.

Officials with California's East Side Union High School District have placed a teacher on leave after he was seen teaching a virtual math class while not wearing a shirt, a violation of a school dress code he had reminded students about just days earlier. 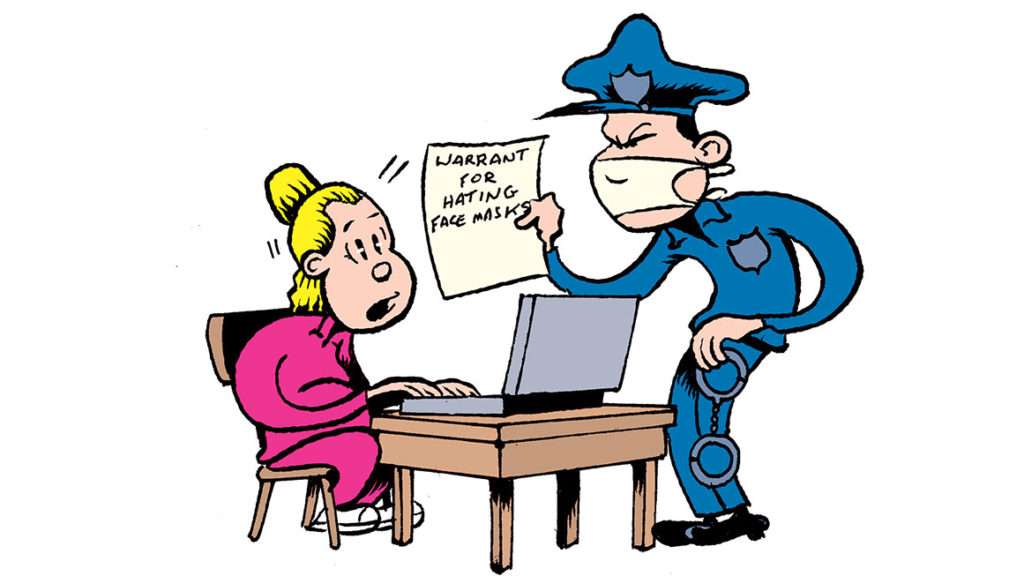 Police in Miners Rest, Australia, arrested Zoe Buhler for attempting to organize a protest of a lockdown imposed in the state of Victoria, which officials claim is necessary to reduce the spread of coronavirus. She has been charged with incitement.

State and local officials spent $66 million converting Chicago's McCormick Place convention center into an emergency hospital to treat coronavirus patients. It ended up treating just 38 patients, at a cost of about $1.7 million each.

Many owners of Minneapolis businesses that were damaged and looted in riots following George Floyd's death say they need to install security shutters to protect their windows. But the city banned such shutters 16 years ago and denied the sole request for an exemption made in that time.

The Chicago Police Department has banned protests, even peaceful ones, on the block where Mayor Lori Lightfoot lives. Residents of the area have complained about the efforts cops are taking to keep protesters out, which include barricades in the street and checking people's IDs before letting them enter the neighborhood. Cops say city and state laws ban protests in residential neighborhoods, but when a local newspaper asked them to list other instances in which they have blocked such protests, police did not provide any examples.

Aurora, Colorado, police officers ordered at gunpoint a mother and her children out of the SUV the woman was driving, made them lie down on the pavement, and handcuffed them after mistaking her vehicle for a motorcycle reported stolen in another state. Police Chief Vanessa Wilson blamed an error by a license plate scanner.

Thirteen people died after police in Lima, Peru, raided a disco that was open in defiance of restrictions the government says are needed to fight the coronavirus pandemic. The raid set off a stampede for the door, causing people to be trampled or trapped in the tight space and suffocate.