In 1955, Bill Haley & His Comets' "Rock Around the Clock" became the first song from the wild new music known as rock 'n' roll to hit number one on the Billboard pop chart. Though Haley and his band presented impeccably respectable and Caucasian personas, it was well known that the genre they were playing had been pioneered by black musicians. And so the meteoric popularity of rock 'n' roll was met with puritanical and racist reactions by many parents, teachers, newspaper columnists, politicians, and other good citizens of the day. Several American cities banned the music for its "degenerate," "uncivilized," and "jungle" characteristics. But the thirst for the music overwhelmed the censors, as legions of young fans flocked to each new rock 'n' roll act that came onto the scene. Knowing that much of the music was being played in juke joints and night clubs across the South, music industry talent scouts were under pressure to find black performers who could present an "authentic" black sound but also "cross over" and appeal to young white audiences.

In the summer of 1955, Robert "Bumps" Blackwell, the chief talent scout for the black-owned independent label Specialty Records, found a potential black crossover star: a 22-year-old singer, songwriter, and piano player from Macon, Georgia, named Richard Penniman, who as "Little Richard" had made a name for himself in New Orleans for, among other things, his six-inch pompadour, wailing falsetto voice, extravagantly feminine gestures, sexually suggestive on-stage antics, and "off-color" lyrics. In September, Blackwell signed Penniman to a recording contract and brought him to the J&M Recording Studio in New Orleans for a session that both men hoped would make the next mainstream rock 'n' roll star. But the session fell flat, with Penniman failing to capture the energy he had recorded on a demo tape that had earned him the contract with Specialty. The two men decided to take a break and have a drink at the nearby Dew Drop Inn.

Penniman was a regular performer at the Dew Drop. When he and Blackwell walked in the door, Penniman jumped onto the stage and behind the piano, where he pounded out a rollicking, hard-driving tune that formed the foundation of his stage act. The song was called "Tutti Frutti" and its lyrics were a celebration of a particular kind of sex: "Tutti frutti, good booty, if it don't fit, don't force it, you can grease it, take it easy, tutti frutti, good booty." Blackwell had never heard anything like it. "'I said, 'Wow! That's what I want from you, Richard. That's a hit!'" Blackwell, of course, was right. Rewritten so that all the lines referencing anal sex were replaced with repetitions of "aw rooty," a slang expression meaning "all right," "Tutti Frutti" shot to the top of the charts by October.

Little Richard Penniman soon became one of the most popular and influential rock 'n' roll performers in the world. He placed more than 15 singles on the charts in less than three years, including "Lucille" and "Good Golly, Miss Molly." During the height of segregation in the South, Little Richard's public performances were known for the extraordinary degree of racial integration among the audiences, even in Jim Crow cities. It is quite possible that a typical Little Richard concert saw more mixing of black and white people than any other public space in America at the time. Nearly every major white rock 'n' roll star of the period covered his songs, including Buddy Holly, Bill Haley, Jerry Lee Lewis, the Everly Brothers, Gene Vincent, Eddie Cochran, and Elvis Presley, who recorded no fewer than four of Little Richard's songs on the two albums that made Presley a star in 1956. Paul McCartney and George Harrison both idolized Little Richard in their youth, and McCartney adopted some of his falsetto style in several of the Beatles' biggest hits. Mick Jagger called him "the originator and my first idol." David Bowie declared that when he first listened to "Tutti Frutti" he felt like he had "heard God." 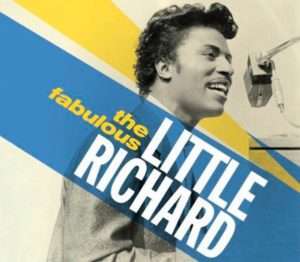 Among rock 'n' roll cognoscenti, Little Richard is unanimously considered to be one of the principal founders of the genre and one of the most important figures in making the music a mass, trans-racial, and trans-class phenomenon. Few Americans have brought more freedom and pleasure to American culture than the man who got his break at the Dew Drop Inn. What is generally ignored is that before he was Little Richard, Richard Penniman was best known as Princess Lavonne, a drag queen who regularly performed at the Dew Drop, the pre-eminent black gay club in 1950s New Orleans. In fact, Richard Penniman had been performing in drag since his early teens, when he dropped out of high school, joined Dr. Hudson's Medicine Show, and took on the stage persona of Princess Lavonne. Through the early 1950s, Penniman appeared in drag for various vaudeville and "chitlin' circuit" acts around the country, learning the tricks of his trade from the female impersonators who performed alongside him. When he turned exclusively to rock 'n' roll in the mid-1950s as Little Richard, he stopped wearing the drag queen's skirts and gowns but he held on to her sequins, her makeup, her pompadour, her towering self-confidence, her mischievous sense of humor, and her way with words. "This is Little Richard, king of the blues," he announced to audiences in Southern black nightclubs—adding with a sly smile, "and the queen, too!"

It was a time not just of Jim Crow but of a nationwide homophobic panic that forced many gay men and lesbians from their jobs and sent thousands to prisons and mental asylums. Yet drag shows had reached unprecedented popularity in black neighborhoods. Harlem, Chicago's South Side, and Detroit's Black Bottom each featured several clubs that hosted regular drag shows.

In New Orleans in the 1940s and early 1950s, at least four nightclubs featured black female impersonators as performers; drag queens were known to regularly stroll the streets of the city's black district. There were also smaller drag cabarets that toured the South and black neighborhoods in northern cities as parts of rhythm & blues revues. Black drag performers—which often included male impersonators known as "drag kings"—elevated ostentation and self-aggrandizement to a supreme virtue. They crashed through the boundary bourgeois culture had established between appropriate and excessive display, elevating their own bodies as high as their imaginations could take them. Flamboyance and the celebration of the self were the order of the day. Simply using the titles "queen" and "king" shows their sense of entitlement: a declaration that even though they were black, gay, and poor, nothing was too good for them.

This was the world that Little Richard's art helped create and from which it emerged, and it was the essence of rock's subversive, liberating, and individualist power. The song "Lucille" was written in honor of a female impersonator in Penniman's hometown who had gone by the name "Queen Sonya." And while many square Americans wrote off "Good Golly Miss Molly" as a nonsensical ditty about teenage romance, much of its power came from the use of the gay slang term "molly," which since the 18th century had meant "male prostitute." The historian Marybeth Hamilton has written that the rock 'n' roll icon formerly known as Princess Lavonne "made the drag queen's sly ironies part of every white teenager's soundtrack."