Harrison Brown of the National Academy of Sciences published a chart in the September 1970 issue of Scientific American projecting that humanity would run out of copper shortly after 2000; lead, zinc, tin, gold, and silver would be gone before 1990. Brown claimed that his estimates took into account the possibilities that "new reserves will be discovered by exploration or created by innovation." The February 2, 1970, issue of Time quoted the ecologist Kenneth Watt: "By the year 2000, if present trends continue, we will be using up crude oil at such a rate…that there won't be any more crude oil."

I report these dire prognostications from five decades ago in my column Earth Day Turns 50. 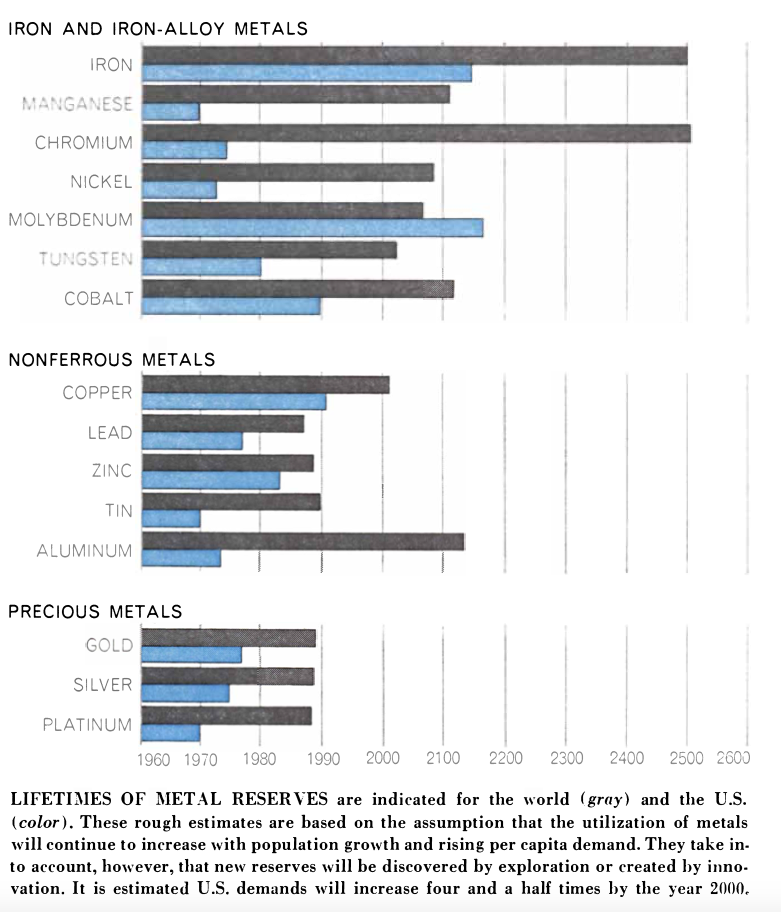 In October 1980, Ehrlich and Simon drew up a futures contract obligating Simon to sell Ehrlich the same quantities that could be purchased for $1,000 of five metals (copper, chromium, nickel, tin, and tungsten) 10 years later at 1980 prices. If the combined prices rose above $1,000, Simon would pay the difference. If they fell below $1,000, Ehrlich would pay Simon the difference. In October 1990, Ehrlich mailed Simon a check for $576.07. There was no note in the letter. The price of the basket of metals chosen by Ehrlich and his cohorts had fallen by more than 50 percent.

Tupy and Pooley calculate the index using "time price" as a way to measure resource abundance. "The time price denotes the amount of time that a person has to work in order to earn enough money to buy something. To calculate the time price, the nominal money price is divided by nominal hourly income," they explain.

Using this measure, they report:

The average time price of 50 commodities fell by 74.2 percent. That means that for the same length of time that a person needed to work to earn enough money to buy one unit in our basket of 50 commodities in 1980, he or she could buy 3.87 units in 2019. In other words, the average person saw his or her level of abundance rise by 287.4 percent. That amounts to a compound annual growth rate of 3.63 percent and implies a doubling of abundance every 19.45 year. 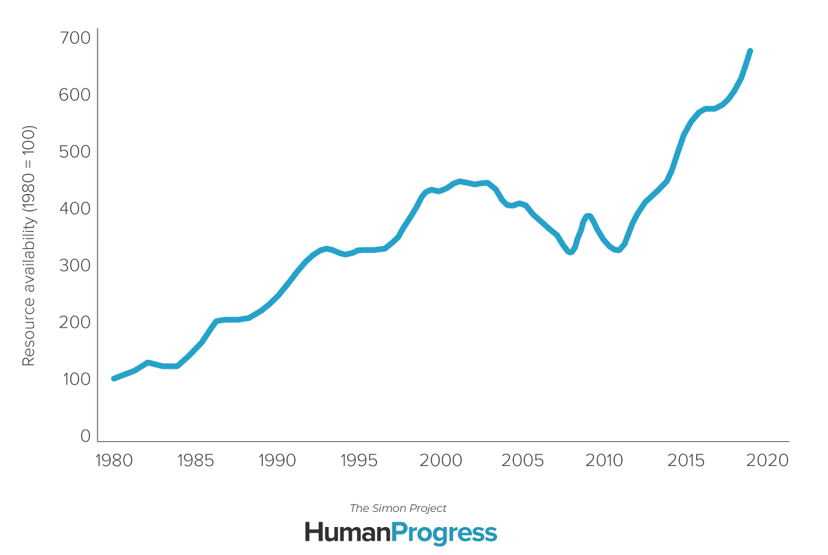 How is this possible? Tupy and Pooley explain:

Simon's revolutionary insights with regard to the mutually beneficial interaction between population growth and availability of natural resources, which our research confirms, may be counterintuitive, but they are real. The world's resources are finite in the same way that the number of piano keys is finite. The instrument has only 88 notes, but those can be played in an infinite variety of ways. The same applies to our planet. The Earth's atoms may be fixed, but the possible combinations of those atoms are infinite. What matters, then, is not the physical limits of our planet, but human freedom to experiment and reimagine the use of resources that we have.

What the Methodist Split Tells Us About American Political Polarization