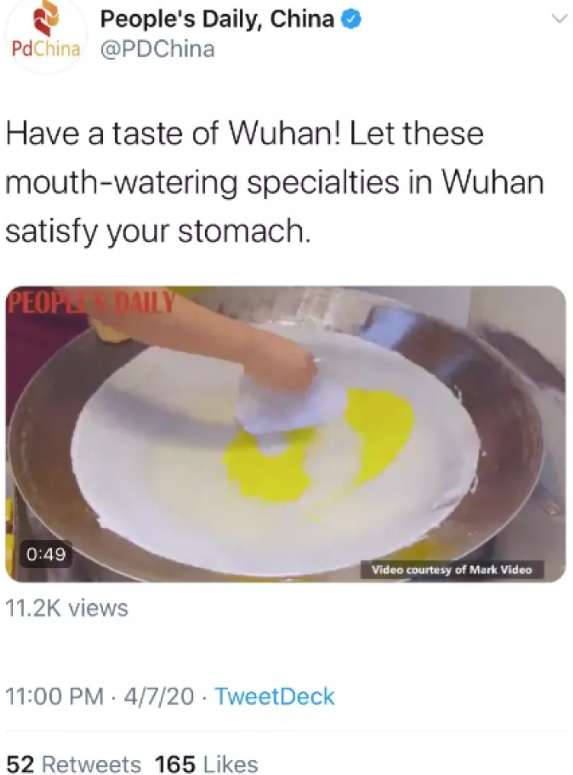 As a foodie—and someone who loves Chinese food, including various subcuisines (such as Chinese Islamic)—I would be delighted to try some Wuhanese cuisine, of the right sort, in years to come. It's just that right now it seems less appetizing than I'm sure it one day will ….

Thanks to InstaPundit for the pointer.