U.S. population could increase from 323 million in 2016 to as high as 447 million by 2060—or fall as low as 320 million. It depends on how many immigrants are admitted over the next four decades, according to new report from the Census Bureau. 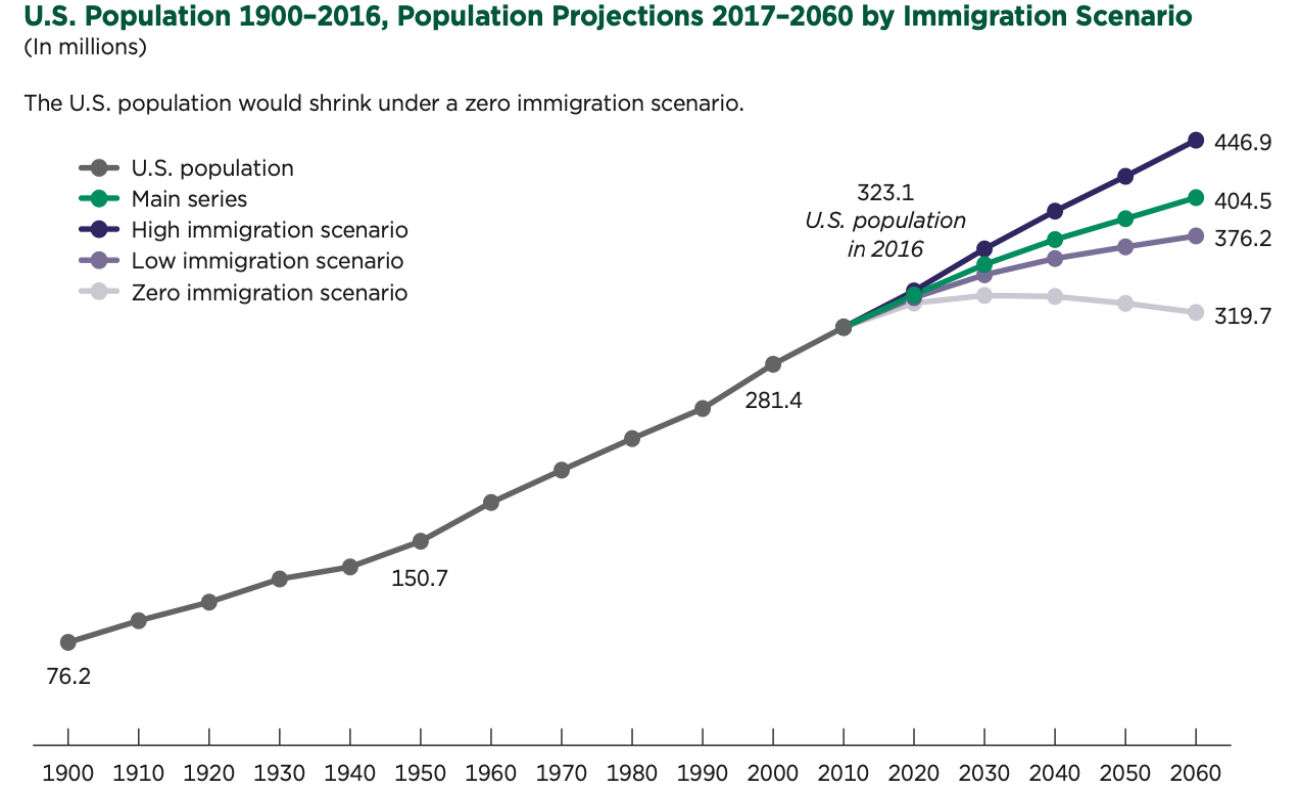 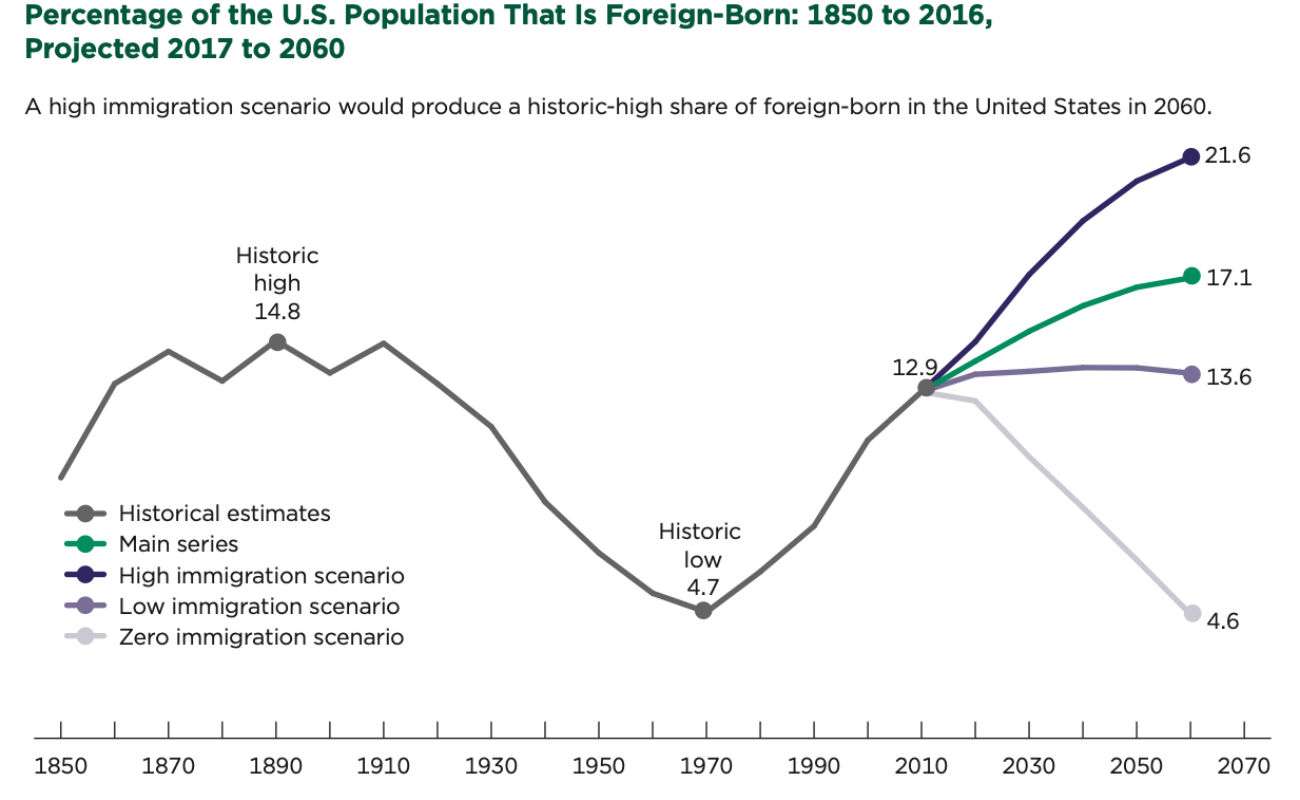 In all of the scenarios, the median age of the U.S. population rises from 37.9 to more than 40.

The report projects that the number of people identifying as "white alone"—that is, respondents who check only the white ethnicity box on census forms—will continue to rise in the main, high, and low immigration scenarios. This increase results from the Census Bureau's expectation that the children of Hispanic immigrants will probably, like the children of Italian, Polish, Greek, and other earlier immigrant groups, choose to identify increasingly as white. But the share of the population in the white alone category will decline in each scenario, due to faster increases in the numbers of Americans in the other racial and ethnic groups.

It remains my hope and belief that Americans of whatever ancestry living in 2060 will look back and wonder why anyone ever cared about the ethnic makeup of the American population. America is an ideal, not a tribe.

It's Time for Television To Get Super Weird for the Summer

Juneteenth Is a Good Holiday. Of Course the Government Is Screwing It Up.

Cops Punched a Man Hanging From a Window and Tased Him After He Fell. They Got Qualified Immunity.

But the appeals court wasn't having it.

"I chose to be that guy who didn't issue the apology," says Daniel Elder. "Things went from there and it wasn't good."

And as many as 75 percent of middle income households face a tax increase under Biden's plan, even though the highest-earning households will pay the vast majority of the costs.

Wayne Nutt worked as an engineer for decades. But because he's not licensed, North Carolina's engineering board says that he can't share his expertise in public.