Today we're launching three new(ish) Reason podcasts. If you're already a subscriber to our current feed, The Reason Podcast, you'll keep getting the Reason Roundtable editors' discussions on Mondays, but if you want to keep getting our weekly interview show hosted by Nick Gillespie and the lively Soho Forum debates, you'll have to opt in.

Hang out with Reason staffers and special guests while you commute, work out, or wash dishes. Subscribe to all three, or mix and match! 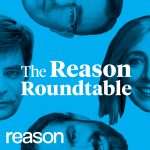 Every Monday, the libertarian editors of the magazine of "Free Minds and Free Markets"—Matt Welch, Nick Gillespie, Katherine Mangu-Ward, and Peter Suderman—discuss and debate the week's biggest stories and what fresh hell awaits us all. Subscribe to The Reason Roundtable!

The Reason Interview With Nick Gillespie 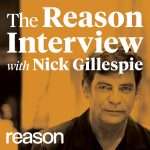 Want to know what comes next in politics, culture, and libertarian ideas? Reason's Nick Gillespie hosts relentlessly interesting interviews with the activists, artists, authors, entrepreneurs, newsmakers, and politicians who are defining the 21st century. Subscribe to The Reason Interview With Nick Gillespie! 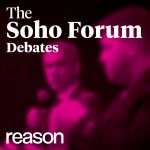 You'll find past episodes, subscribe links, and more at reason.com/podcasts. And if you like what you hear, consider donating as well!