Researchers in Greece have found a naturally occurring microbe 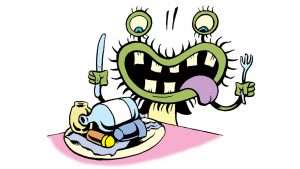 that eats polyethylene and polystyrene, the two types of plastics that make up 70 percent of ocean litter.

A deep-learning algorithm developed by researchers at Google AI was able, in a test, to identify early signs of lung cancer at least as well as trained radiologists. When the algorithm had access to patients' historical tomography data, it performed "on par" with a group of six radiologists. When it did not have access 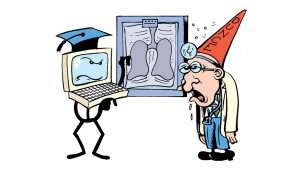 When Becca Bundy's daughter began having a seizure and needed medical care in 2016, Bill Cox was the first person to arrive from the Bearville Volunteer Fire Department in northern Minnesota. Two years later, Bundy got a chance to repay the good deed when she ran into Cox at a charity fundraiser and learned he was suffering from end-stage kidney failure. The two realized they shared the same blood type, and Bundy offered one of her kidneys to Cox. Both patients have made full recoveries, and Cox has since returned to his volunteer firefighting duties.

Frank Baez spoke very little English when he applied for a custodial job at New York University's Langone Tisch Hospital as a teenage immigrant from the Dominican Republic. Eventually, he was promoted to a job transporting patients around the hospital. But what he really wanted was to be a nurse. In May, Baez, now 29, graduated from the school's nursing program.

Following the March 2019 shootings in which 51 worshippers were killed at a pair of mosques in Christchurch, New Zealand, Sen. Fraser Anning of the Australian Parliament blamed Muslim immigration for the attack. Two months later he was voted out of office, and a 17-year-old who smashed a raw egg on Anning's head has been memorialized with a mural.

A young boy who was dying of brain cancer is now back at school and doing well after undergoing an experimental genetic treatment. Roche's entrectinib, a personalized drug, is still in the testing stage, but the results are promising. Of the 12 children with cancers who participated in a recent trial, all saw improvement.

Taiwan's high court ruled in 2017 that a ban on same-sex marriage then in place violated the country's constitution. After two years of negotiations, the Taiwanese parliament voted in May to grant full marriage rights to gay and lesbian couples, making it the first country in Asia to do so.

Coral reefs around the world are dying due to changing acidity and temperature in Earth's oceans, but researchers have discovered a strain of coral in Hawaii's Kāne'ohe Bay that appears to thrive in the new ocean ecosystem. These "supercorals," which can tolerate higher temperatures and increased acidity, were even able to recover from a sewage spill that seemed like it had destroyed the bay three decades ago. 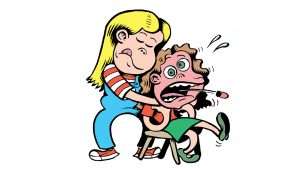 Shailyn Ryan learned how to perform the Heimlich maneuver during a special presentation at Marguerite Peaslee Elementary School in Massachusetts. The next day at lunch, she saw her friend Keira grabbing her throat and beginning to turn blue. Shailyn, age 9, quickly mimicked the procedure she'd learned just one day earlier, squeezed hard, and dislodged a chunk of hot dog. 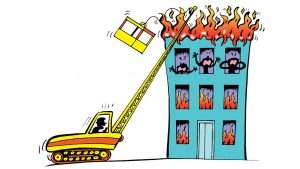 Lan Junze, a 19-year-old crane operator in Fushun, China, rescued 14 people from a burning apartment building earlier this year. Junze saw the fire from his job site and drove his crane to the building.